How to Learn Any Digital Console Quickly 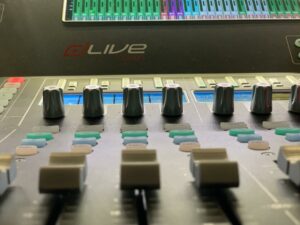 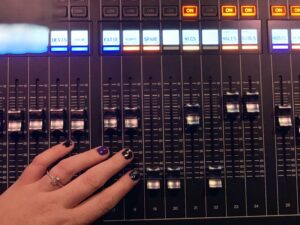 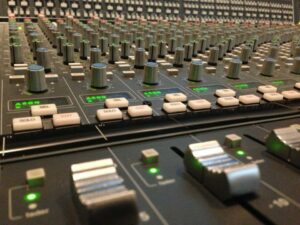 Many times I have accepted an event, asked about the equipment, and received a super vague response. Or, even better, requested a specific console and then received something completely different! Cool, I guess we’ll figure it out as we go?

Locate your most important things:

Interface – how do you navigate? Is there a computer/mouse situation, or is it a touch screen? If you’re on a console, some are touch screens, and some aren’t. Do you need to make your faders, is there a blank session you can load for the venue that gives you a starting point? Figure it out.

Console layout – Take a minute or two to see how the console is set up. Where is the EQ/effects section, does it have its own section or is it variable on the scribble strip? How many layers, and can you change the layers with a flip to faders function (those can screw you up if you don’t realize it’s turned on!) Locate the headphone port and how to adjust your own monitors. This sounds silly, but I had a conversation last week with Beckie Campbell where she just couldn’t find it on a Midas console, and she’s a damn legend.

Patching – Usually when I start to get annoyed or confused on a new console, it’s because of the patching. Patching can be super simple (like on the Avid consoles) which is a click and drag situation. Calrec Summa is a multi-step process where you click back and forth between Source and Destination points. It’s a good system (in my opinion) but takes extra consideration.

Bus assignments – How do you assign your channels? Are there buttons, can you select them all and do it all in one go? I teach audio students, and this is one of the biggest things that gets overlooked. It’s one of the very first things that I do, but students seem to forget until they don’t get audio as expected.

Now figure out what you will need for the show

Aux Sends & Effects – Are there dedicated effect returns, or do you need to make some from stereo channels? In some interfaces, it might be easier to add the effect first and then route it. Other consoles will demand you have the aux and returns and then add the effect to the channel.

Compression/EQ onboard vs. plugins – All digital consoles will have some onboard effects. Calrec Summa – a broadcast console – has two dynamic effects per each channel. It does not have any time-based (other than time delay) effects on board whatsoever. FOH digital will have a large selection of brand-based or fancier licensed plugins, with the option to load more from your personal key (such as Waves). This can be frustrating and may require phone calls to get your license functioning on a new console. It’s up to you and your client, but for any smaller shows or corporate events, I just keep it simple.

Snapshots – You can select which parameters will save in your snapshots, so I suggest you take a few minutes to set this up. It has screwed me up when I changed snapshots and then my patch changed, for example.

Download the manual (not a link!) and read it if you can on your commute.

Download software if available and start building your show file.

Try to give yourself time for a break so you can walk away. It’s fun to learn new things, but it can be frustrating when it isn’t working the way you expect.

Use your network – Do you have any friends you can call or text to get a tip? We have dozens of digital consoles where I work, so I am lucky enough to be able to access almost anything to build a show file or learn the layout ahead of time. Most people aren’t privileged in this way, try to see if a friend of a friend has the console you need or will be using one locally! SoundGirls on Facebook is also an excellent resource; there are literally hundreds (thousands?) Of people online who are willing to help. We’ve had FaceTime sessions, chats, phone calls, text marathons, etc. to help when needed! Once I phoned a friend just to see if I could plug my phone USB into the console to charge it (I couldn’t), so don’t be afraid to ask the dumb or seemingly obvious questions.

Susan Williams is an educator in Winter Park, FL, for a creativity and technology-focused university. Previously she was a local theatre technician and independent micro-budget film producer. She received her Bachelor of Arts degree in Theatre with a minor in Cinema Studies from the University of Central Florida. Susan has spent her career working for various theatres around the country, including the Orlando Repertory Theatre, The Garden Theatre, and the Lake Tahoe Shakespeare Festival. She has also worked as a digital projectionist for the Florida Film Festival. In addition to theatre, she has produced an award-winning short film, “Séance.” In 2014, Susan produced her first feature-length horror film, “Interior,” which has won many festival awards, including Best Horror Feature Film at Shriekfest 2015, Best Sound Design, NYC Horror Film Festival 2015, and Audience Award for the Knoxville Horror Film Festival 2015. Susan is an active member of the Orlando chapter of SoundGirls.