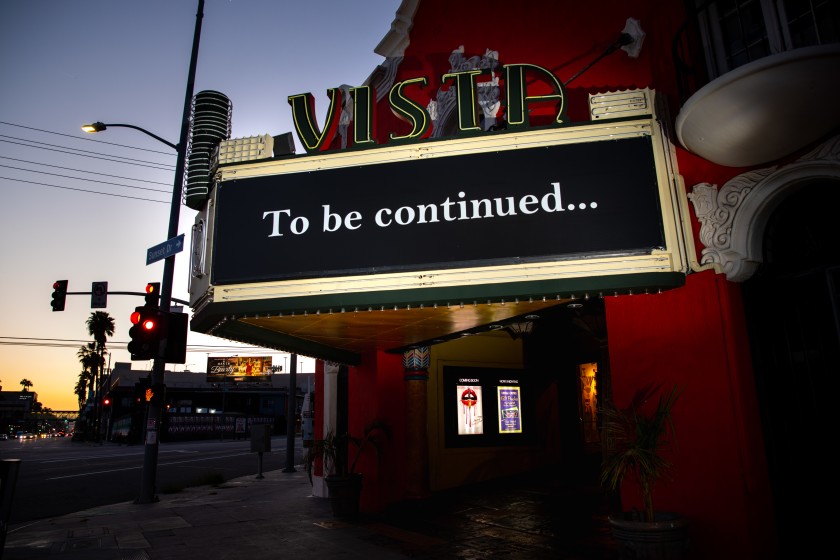 For the past several months I have had trouble with writing blogs or creating anything at all. We even took a short break from recording the podcast. I thought we’d be done with this by now, but I see that was an optimistic viewpoint in my pessimist attitude. I feel like Americans have let the world down with collectively selfish behaviors. For those of us who have been staying at home, wearing masks, avoiding others it feels like it was all for nothing. My logical mind tells me that if we didn’t try, it would have been far worse, but it is so bad with so many dead that it’s hard to imagine. This blog is more of a self-reflection than the posts that I try to make with helpful tutorials or access to resources. Forgive me for that, and hopefully find comfort if you empathize with me that you are not alone. For nearly 100 years Americans have turned to films to escape a dismal life, and with this pandemic and the closures of movie theaters, I have found little comfort aside from watching movies at home.

I have always been a fan of disaster, apocalypse, post-apocalypse, and general horror films. Having lived through an actual scenario of a global pandemic has shuttered the fantastical ideals. I found myself putting on films like Outbreak (Petersen, 1995) and Contagion (Soderbergh, 2011) the first weekend that we were home from work back in March. While putting it on I think “why are you doing this to yourself?” We seek guidance when there is so much unknown, and even fictional stories can help process real-life events. Some of us are smart and logical enough to understand fiction from reality, but others are susceptible to paranoid stories with little backing.

I remembered seeing Contagion in theaters and enjoying the methodical research that was presented. I was home from working overseas having just traveled to 11 countries in 6 weeks. I was in so many airports, hotels, buses, taxis as well as working on a cruise ship. Just weeks before I was a FOH engineer mixing for 1200 people every other day and this movie felt far-fetched. We were smarter than that. The film stayed with me for a while after seeing it but what resonates now is a subplot about a conspiracy-theorist blogger in the film that I recall feeling out of place. The conspiracy-theorist blogger feeds paranoia by posting videos promoting a “cure” (hydroxychloroquine, anyone). His viewers flock to a pharmacy to stock up on homeopathic forsythia and even have altercations after the stock runs out. I still have trouble understanding how seemingly competent people can get caught up in fake news and end up hoarding toilet paper and taking random medications, but they showed it almost 10 years ago in this film (minus the TP, that’s a 2020-special). It took almost a decade and a pandemic between viewings before I realized just how powerful it was.

We’ve survived summer and this is still going strong into autumn while the country opens more public spaces. Many people are still out of work. I hope that the public will see the impact that our industry has on the economy. They’ll remember going to live shows and going to the movies fondly. When it’s open, will they still come? I have to be (cautiously) optimistic about the future of the entertainment industry. I can’t imagine a life permanently without music, movies, plays, musicals, drag shows. Drive-in concerts and movies are cute and all, but I live in Florida and air conditioning is necessary year-round. I look forward to future films. Some of the best films ever made were developed during times of strife. Consider the 1970s following the Vietnam War, when horror films redefined the genre: The Exorcist, Suspiria, Texas Chainsaw Massacre, Jaws, and Carrie, to name a few. Historically, this brutal time will inspire writers and producers to create. We will have work and our entertainment industry back.