Many of us have worked in the live event or recording industry for years, and have no issues sharing our knowledge and experiences with others. The passion that surrounds this career is what keeps us motivated and creates incredible mentors and teachers.

There is another portion of the audio engineering industry who keep their techniques to themselves with paranoid motives. They may refuse to share a technique or even explain to somebody what they’re doing because they’re afraid of that person taking their job. As an instructor, I have always been open with my students about my work, resources, and assets. If I create a show file or I show them a technique, I am doing so that I can share knowledge with them, and then they take it and make it their own. I’m not worried that those students are going to take my job. 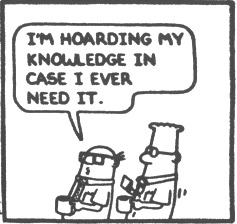 The competitiveness of our industry is highly present and sometimes aggressive. Of course, you can find any number of people to fill that position who could technically have the same skill set, but that does not make a person merely disposable. When the production company makes it known, they feel that way it creates that sense of urgency and paranoia to keep your job. At times this has led me to feel replaceable or irrelevant to a show. That mindset is toxic on both sides and can become all-consuming. I have seen people intentionally building a system or show file impossible to understand by anyone else, forcing their security in that position. They are hoarding information, possibly for reasons of self-preservation. A toxic work environment creates these situations, and being fired from them could be in your best interests in the long run. It sucks when it happens, though, especially when there’s no logical reason that you are dismissed.

We are not seamlessly replaceable, especially when you can look at your crew as humans rather than robots programmed to accomplish their tasks. I may not be special, but I’m certainly not dispensable. My abilities to handle emergencies, intelligent problem solving, or even my willingness to help others are special skills that others may not possess. What’s more important than knowing the basics or even being a very skilled engineer is being a person that can work as part of the team. This is preferable over a condescending jerk who hovers over their work, refusing to collaborate and hoarding resources. 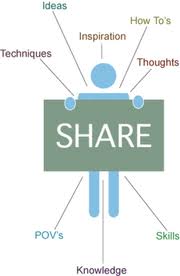 We are living in this amazing moment where almost everything is accessible and often free. Humanity seeks to make a connection with others, and when we’re passionate about a subject, we can’t wait to share it. Becoming a dragon-like being with a hidden cache of information and no intention of sharing it is greedy. The people who behave this way, and the people who make these creatures should be held accountable for their toxicity. I’m not sure how to do this, other than being one of the helpful and supportive resources for my students and colleagues. Access to a network of supportive people is invaluable. We’re not meant to be on our own islands; this is a collaborative business. All of us at SoundGirls are forming these little alliances in support of the greater good. Connecting our islands through sharing information and mentorship is a huge step toward progress, and I am so happy to be part of this group..

Susan Williams is an educator in Winter Park, FL ,for a creative and technology-focused university. Previously she was a local theatre technician and independent micro-budget film producer. She received her Bachelor of Arts degree in Theatre with a minor in Cinema Studies from the University of Central Florida. Susan has spent her career working for various theatres around the country, including the Orlando Repertory Theatre, The Garden Theatre, and the Lake Tahoe Shakespeare Festival. She has also worked as a digital projectionist for the Florida Film Festival. In addition to theatre, she has produced an award-winning short film, “Séance.” In 2014, Susan produced her first feature-length horror film, “Interior,” which has won many festival awards, including Best Horror Feature Film at Shriekfest 2015, Best Sound Design, NYC Horror Film Festival 2015, and Audience Award for the Knoxville Horror Film Festival 2015. Susan is an active member of the Orlando chapter of SoundGirls.