“Sound Guys:” How Bias is Transmitted Through Implicit (and Explicit) Language 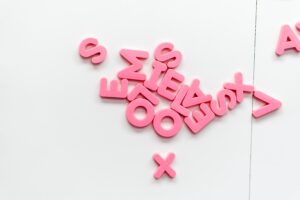 How many of us have been approached with, “Wow it’s weird to see someone like you at the console! Do you know what all those buttons do?,” and the immediate thought was, “What do they mean by that?” Some of the language we use contains implicit bias that can perpetuate harmful stereotypes. My intention here is to talk about how language can be harmful and why it is important to be mindful of the impact of our words.

Let’s start by looking at an example of a comparison that tries to present two subjects equally, but does just the opposite. Stanford linguists conducted a study on the sentence, “Girls are as good as boys at math.” The sentence implies that being good at math is more common for boys than for girls. When they swapped “girls” and “boys” so the sentence read, “Boys are as good as girls at math,” subjects associated a natural math ability with “girls,” as the second part of the sentence. While the first sentence is trying to convey that both sexes are equally good at math, it’s actually implying that math comes to boys more naturally because it is setting “boys” as the standard for “girls” to meet.

The same thing applies when someone says something like, “Although she is a girl, she is really good at math.” This sentence is suggesting that girls are not usually good at math by saying that this person is, despite the fact that she’s a girl. By insinuating that this girl is an anomaly, we are implicitly telling other girls that they probably are not good at math because girls usually are not.

Subtle prejudices crop up in the audio industry when we hear people say things like, “Mary can mix a band as good as Steve,” or  “They’re a girl but they can push a subwoofer like a man.” By setting men as the standard for both of those skills, it is possible that we are intimidating women out of those roles even if the intent is to praise someone for their skills. When we use sentence structure that unintentionally creates comparisons between two subjects, we are sending a message that we think one of those subjects is better than the other.

These alternatives are more inclusive: “Mary and Steve are really great front-of-house engineers.” And, “They’re really strong and great at loading trucks!” Now we are promoting someone for their unique skillset, without comparing them to anyone else or saying that they are an exception to a standard.

Implicit bias in language exists in ways other than the order of words in our sentences. Linguistic Intergroup Bias (LIB) occurs when we describe people that fit into our own demographic in a positive light, whereas people outside our demographic receive negative descriptors. In a study conducted at Emory University, two groups of students were shown cartoons of adults depicting different scenarios and asked to describe what they saw. Participants in one group provided judgmental descriptions for illustrations of folks outside of their own demographic and described folks within their personal demographic more matter-of-fact. Participants in a different group were shown the same pictures but asked to acknowledge their first thoughts as social constructs that had nothing to do with the events in the pictures. After taking a moment to recognize their own biases, the students in the second group wrote factual and non-judgmental descriptions for illustrations of people in and outside of their demographics.

Most of us have unconscious biases that we transmit through speech. The study on LIB at Emory University demonstrates that we tend to favor folks that remind us of ourselves, and those biases become exacerbated when we continue to describe “outsiders” with judgmental language. We see this favoritism manifest in the industry in a number of ways; Like when men refer to other men as “assertive” and women are “bossy.” They have ingrained biases about how women should act and transmit it via a double standard in their speech.

Problematic language doesn’t just exist in how we structure our sentences or what we choose to say. Many tech companies, such as Google, Amazon, and Twitter, have stopped using “master/slave” to describe one piece of hardware receiving commands from another. Nikon stopped using such terminology twenty years ago. And what about calling cable ends “male” and “female?” It doesn’t describe what those cable ends do. It’s time we call them what they are — plugs and jacks. The live performance was the first form of entertainment. Why then, is it the last to change?

Our jobs dictate that we adjust to changes in complex technology. With the rise of digital audio, audio engineers had to switch from analog snakes to CAT5 and fiber cables. Now engineers are becoming competent at networking technology as the foundation of most sound systems. Audio folks are very adaptable! We really shouldn’t balk at changing a couple of words that come from traumatic or problematic origins.

Thankfully, there is movement within the industry; some regional theater companies have stopped using the phrase “hang the blacks,” when the crew hangs stage curtains. They say “hang the black curtains” instead. Implementing change in the terminology we use can be done, we just have to make the conscious choice.

Many established technicians and engineers have said, “Well, what people say hasn’t bothered me. I kept my head down and showed up to work.” This is a textbook case of survivorship bias, which is when we persevere through poor treatment from others, accepting those challenges as a necessary part of our career paths because we do not see the people that did not survive. Just because a few of us have made it by tolerating toxic environments does not mean that is the way it has to be. And, it becomes a cycle; those survivors can contribute to perpetuating toxic work environments due to learning harmful techniques and tone from bad mentors. For every individual who tolerated a bad work environment, there are several people that were chased out, and not for lack of thick skin.

There are scientific ways to discover our unconscious biases. Take these tests from Harvard’s Project Implicit – here are many! Do one at a time. Inclusion efforts, like all aspects of professional development, are a marathon and not a sprint. That is to say, it is imperative to keep it up. While part of the job is dealing with pressure, we need to stop creating unnecessary tension through speaking our unconscious biases. If you are a supervisor or in charge of hiring, check in with your crew and see if they are also taking these tests.

From a financial standpoint, it literally pays to take steps to create an inclusive workplace. If we are driving people out, we will not diversify, grow, or even replace retiring talent. Most of us can identify with being short-handed on a gig — it really sucks! Not to mention that if people leave because of an intolerable environment, there is the cost of hiring someone new. Turnover is expensive, and retaining your crew by encouraging a positive environment will save you the pain of hiring costs. Creating an inclusive environment will also open you up to new client relationships. It is possible that you will attract new employees who are savvy technicians and great with clients. Which means those clients will keep coming back! Plus, your current employees will feel emotional support and do better and more efficient work. So there is absolutely monetary gain in educating employees on inclusivity.

Regardless of our intentions, the language we use can either implicitly or explicitly transmit bias because what we say conveys our thoughts and beliefs. Bias can be passed through sentence structure, how we describe others and industry terminology. If we educate each other and address implicit language that transmits bias, we open up our industry to new people, new ideas, and innovation that we might be missing out on right now.

First, huge thanks to my editors Ellen Juhlin, Corwin Evans, Jenapher Zheng, and Julien Elstob for their feedback. You all held me accountable in writing well and making sure I got my point across!

The Story Behind “Master-Slave” Being Excluded by (Most) Tech Firms (Ongig Blog) https://blog.ongig.com/diversity-and-inclusion/master-slave-computer-term-bias/

Your Words Have Impact, So Think Before You Speak (Entrepreneur.com) 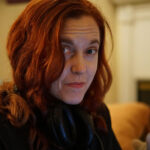 Gilly Moon is an audio engineer and sound designer based in Los Angeles, CA. She started working as an audio technician in 2009 at a regional theater and continued to work in theaters and cruise ships until attending graduate school at the California Institute of the Arts. While pursuing her MFA in Sound Design, she also explored game audio and interactive technology. Since graduating in 2016 she has worked as a front-of-house engineer for events and musicals, as well as a lot of sound design for straight plays, musicals, immersive theater, and themed entertainment. Her favorite projects include Halloween Horror Nights in 2017 and 2018, and an “American Horror Story: 1984” attraction at San Diego Comic-Con in 2019. She won an Ovation award in 2018, along with her co-designer, for their work on an immersive theater show that spanned three floors in a warehouse. She currently works as an audio engineer at NPR. www.gillymoon.me