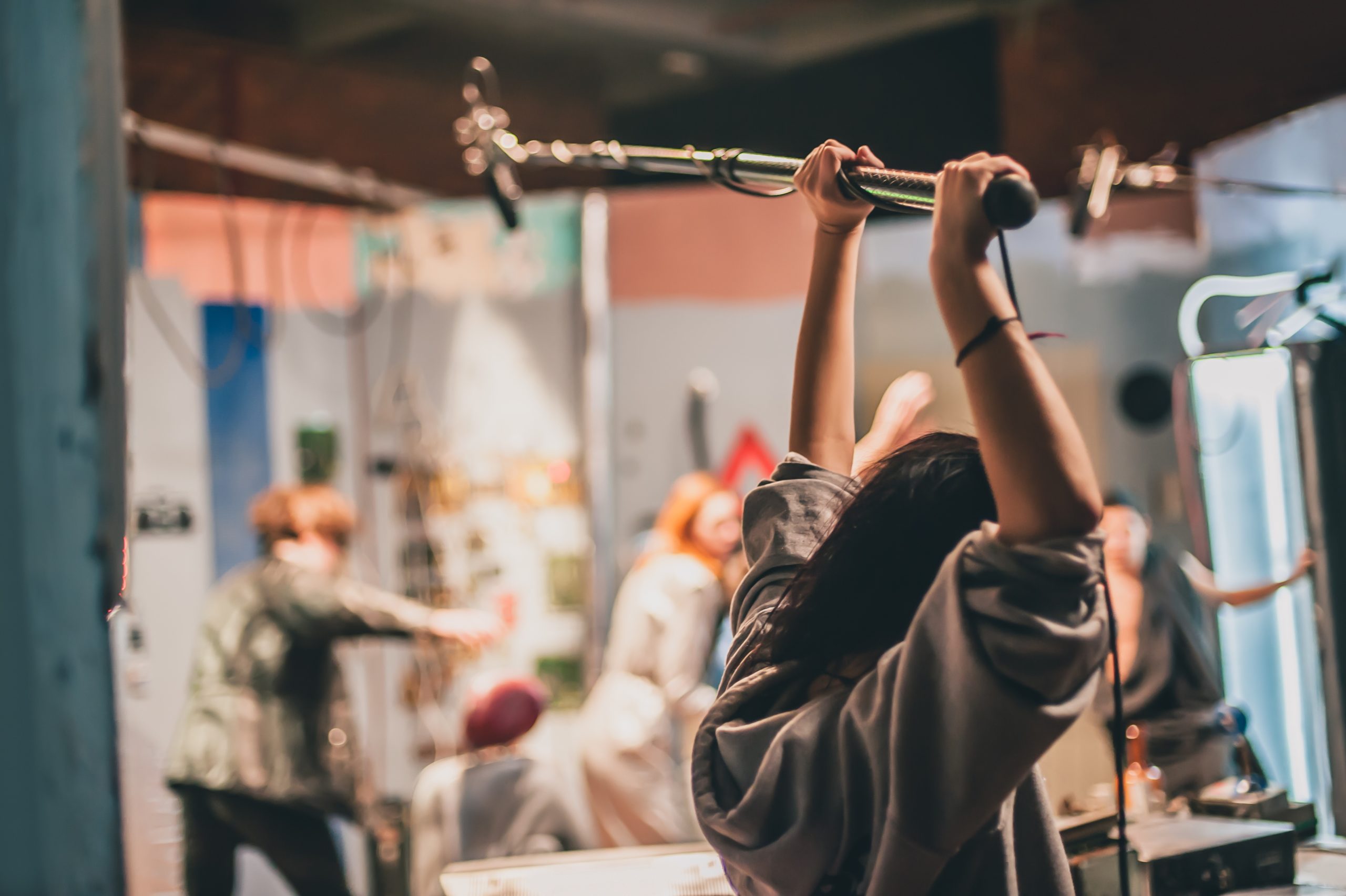 Sound designers for films and podcasts have access to many amazing tools to match and enhance the audio recorded in the field. There are multitudes of audio repair options, as well as EQs, reverbs, preamp simulators, saturation plugins, stereo field wideners, as well a ton of sound libraries. Yet, the technology available to us can still only do so much. We can make our projects sing by recording more quality options on location. This is a guide on how to capture audio in the field and why it matters for post-production. Although I use film terminology throughout this article, these recommendations can apply to any medium.

First, a note on best practices for specifically recording dialogue; I’ve worked on films and documentaries where the only audio I had was from a lavalier mic. Lav mics often sound chesty and unnatural, so it takes a long time in post to get the dialogue sounding crisp and clear. Clothing rustle and other movement sound from lavs take a long time to repair as well. Ideally, dialogue is captured on set with a shotgun mic with lavs as backup options. Shotgun mics are also handy to have in case the wireless catches interference. Booms usually can not be used during wide shots, but you can point the shotgun elsewhere and record ambience. (Even though that would be a mono recording. Still good to have options!)

Go beyond capturing dialogue when planning out gear. Spec out a kit that can get stereo recordings, especially outside. When editing and mixing the final product, extra environmental recordings can be a bed under dialogue and used to create smooth transitions into and out of scenes. Stereo backgrounds set a more immersive and natural sounding environment and are a satisfying, yet basic sound design method. Stereo audio can easily be captured with the mid/side technique, but if that option is not available to you, grab a stereo field recorder and record the environment before or after the interview or shoot.

If you have the inputs available on your mixer/recorder, arrive on location with an extra mic or two that you can plant to capture other audio. Is there a babbling brook nearby? It might be cool and interesting to record that on its own channel during the gig, so the sound designer can layer it in. Same if there is a sidewalk with foot traffic in the background – hiding a mic behind a trash can or in a bush (out of the shot, for film), and boom! You have environmental audio that is synced with the rest of the audio in the scene. For something like this, where you aren’t capturing anything specific, you could probably use an omnidirectional mic. But I say, fine to use whatever you get your hands on. It is far better to have audio recorded than to have a missed opportunity because you couldn’t get the perfect microphone.

To sum it up, here’s your list of gear: 1-2 wireless receivers/transmitters and lavalier mics, 1 shotgun mic and boom pole, 1 handheld field recorder, and/or a mid/side setup (a bidirectional mic, a hyper-cardioid or omnidirectional mic, and a blimp and pistol grip), and of course your trusty mixer/recorder such as a Zoom F8 or Sound Devices Mix-Pre 10. And hopefully other random microphones!

These are blue sky recommendations, so your projects may not allow you the time for all of these. If you can go back to a location and get purely environmental recordings, I highly recommend it. Some of these ideas are things you should advocate for in a production meeting before you step foot on location.

On the note of boom operation – ask the producers when they plan to do a site visit. Site visits are essential to figuring out wireless solutions, power, and possible sources of unwanted noise. In more run-and-gun situations, they are helpful to gain familiarity with the terrain before the shoot. Camera operators get the assistance of a spotter – location sound mixers/boom operators do not. Understanding the terrain beforehand will enable you to keep your boom steady and out of the shot, and reduce the risk of you tripping and getting hurt.

Try to carve out time to get extra audio of the environment or the room. In the post-production phase, it is helpful to have options to create smooth transitions into and out of scenes, with the added benefit of having audio to build an immersive scene through sound design. For indoor scenes, a minute of audio per room is usually fine. Advocate for a “meditation minute” where no one moves or talks on set. Since there is more variability in the environment outdoors, three minutes is usually best. It may be more ideal to go back and get that audio or stick around after the gig.

If you can swing it, try to grab other recordings of cars passing, planes, etc. If you need to stop recording, or a cut is made in post during one of those occurring in the background, it is unnatural and jarring to hear that element suddenly drop out. And background sounds can not always be removed.

Then there are the things you should try to avoid recording while capturing dialogue. Heavy traffic, airplanes, HVAC, fans, unwanted conversation, etc. Discuss sources of unwanted noise with your director/producer during the site visit so they are aware and can hopefully make plans. And if a plane flies overhead or a car passes by, or there are any issues at all, tell production to hold for it. As audio people, we are generally encouraged to keep our heads down, so it can be hard to adjust towards speaking up more. But in these situations, you will get so much more respect by courteously speaking up and advocating for getting good sound. (Though holding for planes only works for scripted shoots. In interviews and documentaries, there is no stopping once you’re rolling.)

Everything discussed here may or may not be possible for every project due to time and budget. I can not emphasize collaborating early to figure out what is possible. The end goal is to serve the project and immerse the audience. Vocalize your suggestions through the lens of bringing the story to life. Every department is there for a common goal – to make the story.