Black Music influenced the Culture & Music of the United States and the World.

February, we celebrate Black History Month. Remember, embracing, and recognizing the amazingly creative and entrepreneurial excellence African-Americans have made in the United States. In this article, I will be discussing genres of music that derived their roots and influence from African-American Roots. 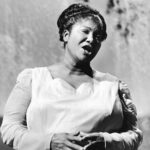 Gospel Music or Sacred Music was the earliest form of black musical expression in the United States. Gospel music was based on Christain psalm and hymns merging from African music styles and seculars. Gospel music originated in Black churches and has become a genre recognized globally.

Did You Know? Gospel Music is based on classical music theory. To learn how both genres relate check out: Learn Gospel Music Theory 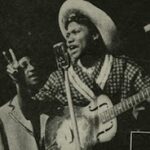 Blues is a music genre and musical form which was originated in the Deep South of the United States around the 1860s by African-Americans from roots in African musical traditions, African-American work songs, and spirituals. and characterized by “bent” or “blue” notes, not on the standard scale. The songs expressed a longing, loss, or desire which is why it was also called the “Blues”.  Regional origins include the Mississippi Delta, Memphis, Chicago, and Southern Texas. 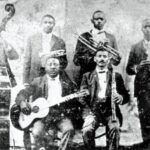 Jazz evolved from ragtime, an American style of syncopated instrumental music. Jazz first materialized in New Orleans and is often distinguished by African American musical innovation. Multiple forms of the genre exist today, from the dance-oriented music of the 1920s big-band era to the experimental flair of modern avant-garde jazz

Did You Know? There are over 10 kinds of music jazz scales. Learn your jazz scales here. 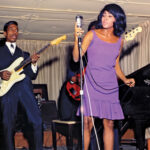 R&B is a diverse genre with roots in jazz, the blues, and gospel music. R&B helped spread African American culture and popularized racial integration on the airwaves and in white society during the 1960s. The term was originally used by record companies to describe recordings marketed predominantly to urban African AmericansToday’s iteration of the genre has assimilated soul and funk characteristics. 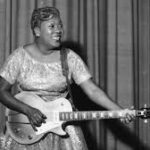 Rocks’ first guitar heroine was none other than Sister Rosetta Tharpe, her single “Rock Me” in 1938 took storm. Sister Rosetta’s influence extended far beyond her own career. Johnny Cash called her his favorite singer, covering several songs on his 1979 gospel album A Believer Sings the Truth. Elvis Presley performed her version of “Up Above My Head” at his 1968 comeback special. The Staple Singers. Nina Simone. Paul Butterfield. Van Morrison. Led Zeppelin. The Grateful Dead, these are a handful of artists who’ve covered Tharpe’s classic blues song “Nobody’s Fault But Mine. 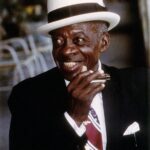 DeFord Bailey was the first Black performer to be introduced on the Grand Ole Opry,

African American Influence on Country Music Can’t Be Understated. Country music has roots in African American jazz and blues of the south. The blues emerged from African American folk musical forms, which arose in the southern United States and became internationally popular in the 20th century. Blues styles have been used and adapted extensively throughout country music’s recorded history. Jimmie Rodgers, sometimes called the father of country music, was known for combining the blues, gospel, jazz, cowboy, and folk styles in his songs. In 1980, “Rapper’s Delight” by Sugarhill Gang was the first Hip-Hop recorded released and charted #1 on Billboards the same year. Hip-Hop and Rap music are embedded with Jazz, Gospel, and Rock roots, becoming a global phenomenon and the development of mass media and pop culture attention.

To Learn More Visit A timeline of history-making Black music 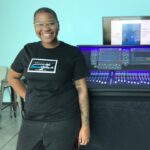 Alyasia Muhammad-Turner: Alyasia is a freelance sound engineer and musician, currently based in Atlanta. Her work consist of running FOH for local Atlanta artist, teaching flute lessons, and editing podcasts. Alyasia’s goal is to continue education and training for women, non-binary, and LGBTQ+ in STEM fields.

Alyasia will be blogging about Mental Health and Music Education. She holds a BS in Recording Arts from Full Sail University. As a high schooler, she studied at Berklee College of Music in Boston, MA, obtaining college credits studying Contemporary Music. Her love of music and science fuels her passion and creativity in the audio industry. She’s empowered by the community SoundGirls has created and hopes to help pave the way for others. In her free time, She enjoys making playlists, roller skating, being a dog mom, and volunteering at her local LGBTQ+ homeless shelter.

Alyasia Muhammad-Turner, Uncategorized
Common Sound Editorial Mistakes That Can Become Big Mix Problems
The Innovation of Theatre During a Pandemic