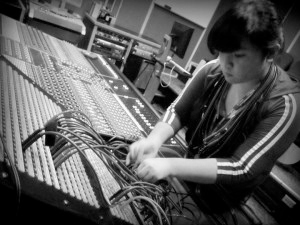 What is the thought process to Mastering?  How is it different from recording or mixing?

In a way, I think of the thought process behind mastering as a good 180° from mixing.

As a mixing engineer, you focus on mixing one song at a time, paying close attention to every sonic element in that one song, making sure that each individual sound is well-balanced in the mix. As a result, every piece in the puzzle works harmoniously in order to form a cohesive whole–a song with just the right overall vibe. Your ears are attuned to working on one tune at a time.

As for mastering, you look at the production in a broader perspective. Instead of just one song, you listen to the full scope of the album, and your goal is to make the sequence flow smoothly from the first track to the last. The overall sound of the album influences how a mastering engineer tackles every song in the album, and even the most minute adjustments could significantly alter the overall sound of the mix.

How closely do you work with the artists in Mastering?

The artist remains very much involved at the mastering stage, although it varies in certain degrees. We have artists who would travel to Ojai just to attend the mastering session. The most recent artists who attended sessions in the lab include David Crosby, Jackson Browne, and Toad the Wet Sprocket. These artists communicate, give feedback, and final approval throughout all stages of the mastering process.

We’ve also had situations where all communication was done over the internet and email. We’ve worked with artists who are located in Russia, Singapore, Taiwan, and London.

If we are not in direct communication with the artist, we are in direct contact with their producer and mix engineer.

Do Mastering techniques differ for music or film production?

The same approach applies in the mastering of music or film production. Utilizing the right tools, you apply equalizing, limiting and other types of processing depending on what the audio specifically needs. However, the concept of “loudness wars” is much more relevant in the realm of music production. When dealing with music, the mastering engineers need to keep in the mind that the track they are mastering will be played alongside songs by other artists in different genres therefore there’s much attention put into making sure a track has a competitive level without sacrificing detail and clarity. When mastering for film productions, you have much more leeway when it comes to keeping the dynamics in the final master.

How long does a typical project take?

It varies significantly. It’s a rare instance to complete a session in one mastering pass. A lot of factors could cause project time to extend and each of these factors, no matter how simple, could be essential to the final output. Besides the overall sound of the master, we also pay extra care when it comes to track spacings, CD text, and providing additional masters in other formats ranging from Mastered for iTunes and Hi-Res to vinyl. We’ve had sessions that may finish in six hours, and then there are those that may take months before we get the final approval.

Are there different processes for mastering to the different formats; iTunes – Vinyl- Surround, etc…?  Can you explain?

Every format has its own idiosyncrasies so it’s important for the mastering engineer to know from the start what formats the master will be released in. We then master the album with these various formats in mind. The Audio CD format uses pulse code modulation .WAV to present the audio in 44.1kHz / 16-bit digital form. The Mastered for iTunes’ AAC format relies on proprietary encoding tools that eliminates the need for bit depth dithering and truncating, therefore retaining all the dynamic range of a 24-bit source file.

The surround format is going through an evolutionary phase right now and could come out in a variety of encoding formats ranging from Dolby True-HD, DTS-HD, or even Pure Audio Blu-Ray. Pure Audio Blu-ray is the latest format to be developed and it allows high-resolution surround audio to be played back in any standard blu-ray player. It’s unique in that the surround audio could be played at a 192kHz sample rate, and in real time could be interchanged with the track’s stereo version at the push of a button. It also allows for screen less navigation which is perfect for a pure listening experience. I’m personally excited for Pure Audio Blu-ray to gain more traction.

Vinyl definitely has its own unique demands and limitations. You have to make sure to control the excessive energy in ultra-high frequencies and sibilance because it could easily distort when you cut vinyl. It’s also important to keep the bass frequencies phase coherent in order to avoid the narrowing of the grooves leading to potential skips. Other factors include headroom, total playback time per side, etc..

On a project, would you master the production separately for each format?

On a typical project, we initially master the album with the mindset that it will be distributed as an Audio-CD release. Therefore, we monitor our mastering session in the final 44.1kHz/16bit resolution. If it’s primarily going to be released in a digital format and sold through iTunes, we opt for the final master to be in 44.1kHz/24-bit, and we change our monitoring accordingly. Once the final master has been approved, we then proceed with creating the other formats. The sound of the approved master will remain the same, but we adjust it accordingly depending on the specific demands of each format. Several of these factors that we take into account are headroom (especially for high resolution audio and vinyl), phase coherency in the bottom-end and sibilance for vinyl cutting sources, etc… So to answer the question, mastering for all these formats are interconnected and not handled separately.

There’s no “one” typical day in the Mastering Lab. One day, I could be working with Doug in the main room mastering a full-length album with a client or, I could be setting up the tape machine in the vinyl room to cut lacquers directly from ½ master tapes. There would also be days where I make time to prepare lacquer boxes for shipping. One thing that’s consistent though, every session should start with making sure the signal chain is set up correctly. Typically, I would start with a 1kHz tone, around -15dB and make sure that the line amps and AD/DA converters are set correctly.

What formal training or education would you recommend?

There’s not one strict path towards becoming a professional mastering engineer. If you start early in your career, the best education is to volunteer or work part-time as an intern or assistant in a mastering facility. Be prepared to start with assembling lacquer boxes, making coffee for clients, taking phone calls, etc. The important thing is you get exposed to how the industry works and if you’re dedicated enough, you’ll eventually get the chance to receive on-the-job training/mentorship from the engineers in the facility.

I also believe in the importance of developing your musicality. Get music lessons in the instrument of your choice and eventually get involved in a music group, whether it be a band, orchestra or a vocal ensemble. Musical sensitivity is just as much a part of being an audio engineer as ear training.

Going to school for formal training is your ticket to an accelerated learning experience, with the benefits of having access to well-equipped audio facilities and networking opportunities. This a great path, but you have to be prepared for the financial burden.

At the end, whatever path you choose, the important thing is to keep yourself proactive, getting involved in whichever possible way for the betterment of your craft. Along the way, you have to learn to keep track of your own progress by building a portfolio and resume. Be proactive.

What did you learn at Berklee School of Music?  Why did you choose that school?

My top 3 school choices were Berklee College of Music, Surrey University in England, and Peabody Conservatory in Maryland. The two other schools are known for their Tonmeister approach that leaned heavily towards the engineering and technical aspect of the field. Ultimately, Berklee College of Music won me over because of how abundant the school is particularly with musicality of all styles. As an aspiring audio engineer, you get to collaborate with the best musicians and get exposed to diverse cultural backgrounds, whether it be jazz, folk, classical, flamenco, progressive rock, etc. That is a rare opportunity and is quite important for the growth of an audio engineer.

As for Berklee’s Music Production and Engineering program, I learned about all the facets of audio engineering–from the various techniques of recording, mixing and mastering, down to more specialized fields, such as psycho acoustics, flamenco recording techniques, audio for post-production, mastering, studio electronics and maintenance, among others.

Is it necessary to be well versed in Recording and Mixing first?

Where is Mastering Technology heading?

I think that we’re at an exciting time when it comes to mastering. For one, I feel that we are witnessing the return of dynamics in music. And thanks to the recent resurgence of vinyl, I’ve noticed another trend among the younger generation which is their new found appreciation for listening through loudspeakers. After years of listening to compressed mp3s through earphones, we are seeing the growth of new music enthusiasts who appreciate the value of audio quality.  And this could not have come at a better time, as it’s coincided with the development of new audio formats that produce better sound quality while still remaining accessible to the regular listener (e.g. pure audio blu-ray, headphone X, mastered for iTunes, etc.) 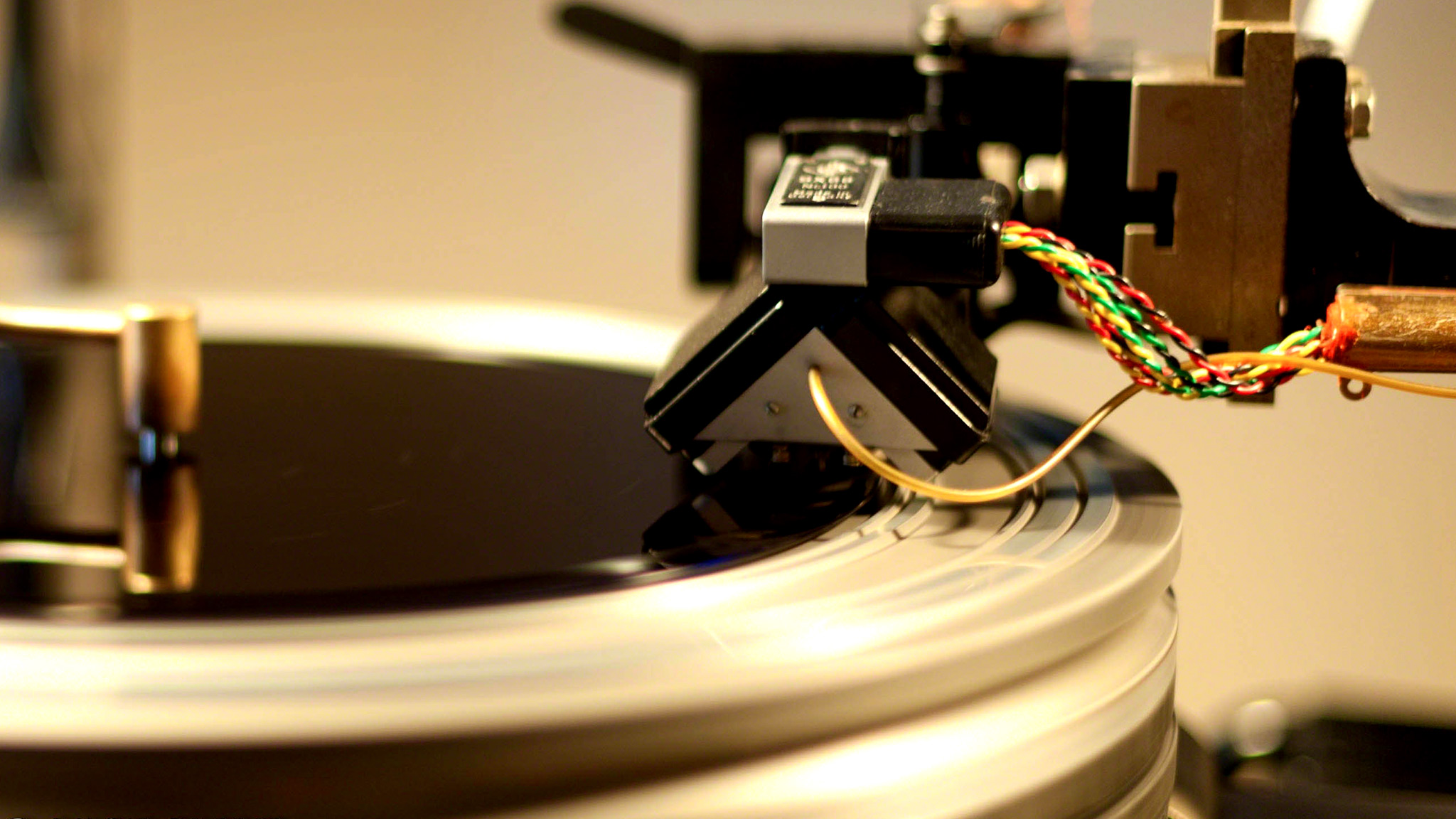 Posts by Articles by Karrie

Read Articles by Karrie's Blog
Browse All SoundGirls Contributors
We use cookies on our website to give you the most relevant experience by remembering your preferences and repeat visits. By clicking “Accept All”, you consent to the use of ALL the cookies. However, you may visit "Cookie Settings" to provide a controlled consent.
Cookie SettingsAccept All
Manage consent