From The Philippines to Ojai 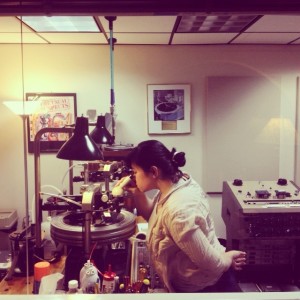 Joanne ‘Jett’ Galindo hails from Quezon City in the Philippines. Quezon City is the largest of the metro cities that make up Manila. Raised by professional musicians and encouraged to become computer-savvy, Jett developed a love for music and technology. Growing up in a fairly progressive country in regards to gender equality, (ranking at number six on the 2013 Global Gender Gap Report and electing two women for president since their independence) Jett did not feel there were barriers to pursuing a career in Audio. Jett followed her love of music and technology and is now the mastering assistant to multiple Grammy award winner Doug Sax.

Jett grew up surrounded by music, both parents are professional musicians, and her father encouraged all his children to be well versed in the technology of computers. Jett has always been drawn to music and technology. She started a band with her siblings and cousins when she was in third grade, took piano and voice lessons, and designed her own website in 1998. Jett initially wished to pursue a degree in music or computer science in college. Her parents wanted her to have a stable career and discouraged her from pursuing a degree in music. The computer science program at Ateneo de Manila University strictly limited the amount of students they accepted. Jett settled on a degree in Psychology, as the science of human behavior intrigued her and would allow her to pursue music on the side.

Jett often joined choirs while she was in school, but her passion intensified in college, where she became part of Ateneo College Glee Club and later the Ateneo Chamber Singers. The Ateneo Chamber Singers would go on to tour the U.S., Europe, Japan, and Singapore and forever change the path Jett was on. During the tour she met up with a friend and fellow alumnus of the Ateneo Chamber Singers. This friend was pursing a degree in music business and contemporary writing and production at the Berklee College of Music. It dawned on Jett that a career in audio engineering was what she wanted. It was the perfect way for her to combine her love of music with technology.

Jett had just turned 18, and with no formal audio engineering programs in the Philippines, she did the next best thing – applied for internships. She was hired on at SFX Digital Sound Studio, much to the dismay of the senior engineer who did not realize Jett was a girl. Jett earned his trust by being present at every recording session no matter how long they ran. She slowly moved up the ranks and eventually engineered her own sessions, recording, mixing, and mastering. Jett immersed herself in as much multimedia as possible as she prepared to study abroad. She eventually enrolled in the Berklee College of Music.

At the Berklee College of Music, Jett completed a degree in music production and engineering, with a minor in acoustics and electronics. She gained valuable skills and insights, and was involved in location recording sessions. She also enrolled in Grammy award nominated Jonathan Wyner’s Mastering Class.

Jett’s experience with mastering at this point had been hands on training in the studio, for studio clients. She observed the senior engineer at SFX Studios using Wavelab, making minute eq adjustments. How he used limiting and stereo compression and noise-shaping to complete the final process of a studio album. Jett would eventually master her own recordings, but her knowledge was limited to the resources that were available in the studio. Jett’s eyes were opened in Jonathan’s class.

Jonathan engaged his students and was able to take technical topics and make them less daunting. He introduced his students and Jett to mastering in the analog domain, using standard outboard gear such as the Weiss MKII equalizer and compressor, Millenia NSEQ-2, TC6000 limiter/effects unit, and many others. Jonathan gave Jett a firmer grasp on the standard signal chains and routing used in mastering and she gained a deeper knowledge of the various techniques used to tackle specific problems (M/S, linear phase vs minimum eq, etc.). Jett was also exposed to more mastering DAWS, such as Sound Blade and Sequoia. 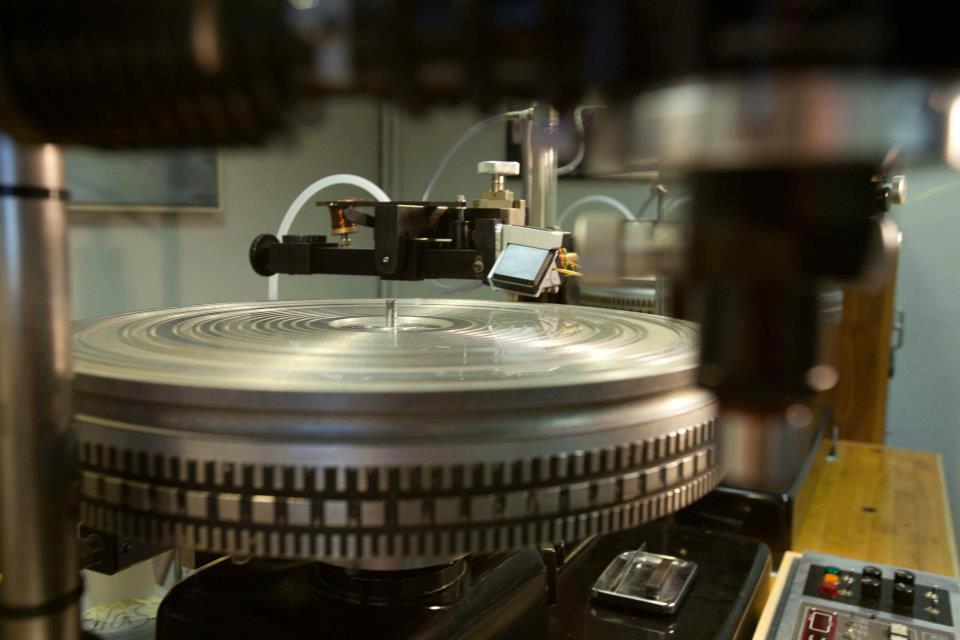 After graduating from Berklee, Jett secured an internship in Avatar studios in New York and eventually was hired as a recording engineer for resident producer Jerry Barnes. During her time engineering for Jerry Barnes at Avatar, Jett was able to work with renowned artists Roberta Flack, Nile Rodgers, and Brazilian Band- Jota Quest. Her years spent in choral groups paid off as well and she was invited to provide background vocals for Grammy-winning producer David Kahne. Engineering for Jerry Barnes challenged Jett as both an engineer and musician, and pushed her to be the best she could be.

When asked about the skills she obtained at Avatar, Jett says “Oh, tons, but the first few things that come to mind are time management, consistency, and attention to detail.

Jett goes on to explain:

“Every recording facility has its own set of protocols and idiosyncrasies (from the way you arrange mic stands in the live room, to how the mic cables are wrapped). As an intern, you are also responsible for thoughtfully tracking every piece of gear that goes in and out of the extensive microphone/outboard gear inventory. Coffee and food runs happen every day. It’s also a known fact in studio internships that part of your job is to maintain the upkeep of every studio in the building, this includes cleaning the toilets, mopping the floors, vacuuming the carpets, you know the drill. You have to systematically accomplish these tasks throughout the day. Attention to detail is critical, as different sessions running simultaneously will ask for different things throughout the day. Studio C would request you to bring over a U87 (not a U87Ai), whereas Studio A would ask for 2 monk stands (rather than regular mic stands). Maintaining a high quality of work while attending to other tasks is tricky, but you eventually come up with your own rhythm and strategy. If you ever make a mistake, don’t let it get into your head and just focus on doing a good job hereafter.”

Jett originally planned to stay in New York, working as a producer’s engineer, when she decided to apply for a position at the Mastering Lab. She knew she was ready for a new set of challenges and mastering would provide them. She also felt that the time spent working with Jerry had taught her how to critically listen for the nuances needed for mastering. She now works as mastering assistant to Grammy award winner Doug Sax, founder of the first independent mastering facility, built in 1967. Originally based in Hollywood, The Mastering lab relocated to Ojai, CA in 2003. The Mastering Lab is most famous for mastering artists such as Pink Floyd, Ray Charles, The Rolling Stones, Diana Krall, and Paul McCartney. 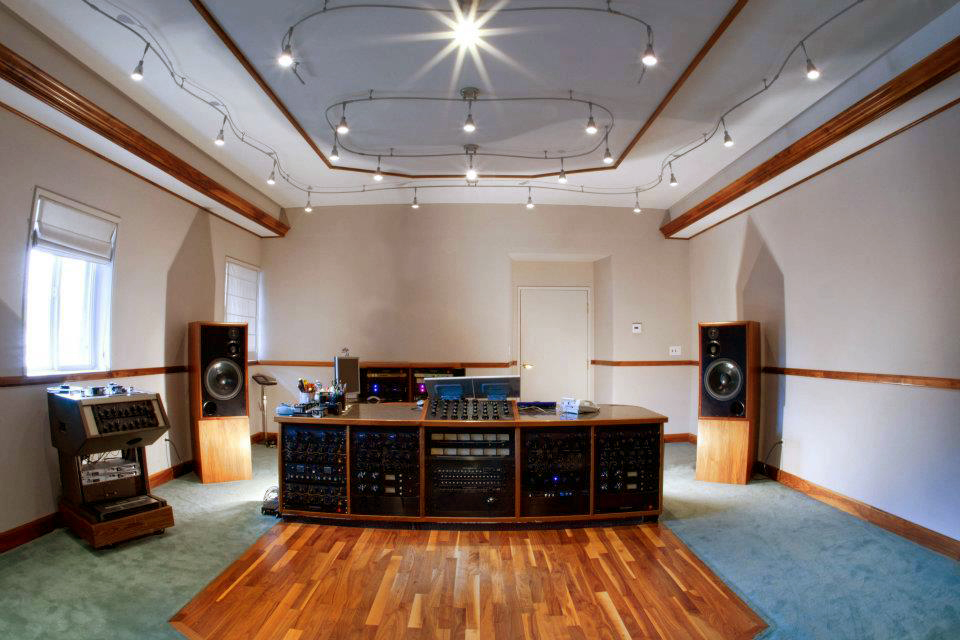 Jett has been at the Mastering Lab for just eight months and is a rookie compared to her colleagues, Robert Hadley and Eric Boulanger. Both Robert and Eric have worked on Grammy award winning projects and both are highly acclaimed engineers in the industry. Jett works in all facets of mastering formats: CD 44.1 kHz / 16 bit, vinyl, Mastered for iTunes, surround sound and high resolution audio. Jett has always been passionate about the full scope of audio engineering but was drawn to mastering because of the unique experience of listening to multiple songs, with the objective of making the whole gamut sound cohesive as one full album.

Jett finds that in mastering she can immerse herself in a lot of diverse music. One day you’re working on a rock track, then the next day, a concept folk album about Moby Dick. You get to expose yourself to a lot of music as a mastering engineer. Jett finds the level of precision and consistency needed in mastering to be both challenging and rewarding.

Jett reflects on the process of the signal chain “ it has to be set up accurately before the actual mastering takes place–choice of word clocks, line amps, AD/DA converters, etc. If you don’t get the setup right, there’s no shortcut but to redo your mastering from the start”. 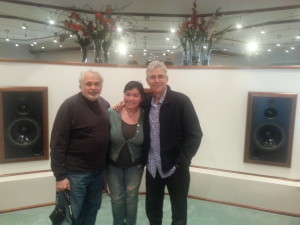 Jett’s long term goals are to be an independent and reputable audio mastering engineer with her own loyal clientele. She looks up to other female mastering engineers who have made it in the industry, such as Darcy Proper of Wisseloord Studios, Emily Lazar of The Lodge Mastering, and Mandy Parnell of Black Saloon. For Jett, these women reaffirm the fact that with passion and dedication, gender does not become a deciding factor when it comes to success in the audio industry.

Jett has faced a few obstacles because of her gender, she explains “a few individuals I’ve come across have treated me differently based on the assumption that I don’t know as much as them. One guy told me up front that I didn’t know what I was doing, when in fact, I was following setup instructions correctly and he wasn’t. In these instances, I just assure myself that as long as I focus on doing a good job as an audio engineer, any negative assumption/stereotype as a woman in this industry will ultimately be irrelevant. It’s helped me get through a lot of these types of barriers. In fact, people who treated me differently in the beginning have eventually realized that I’m just as able as any professional and I eventually earned their trust and friendship”. For the most part though Jett has been surrounded with awesome colleagues that have been very supportive.

Jett offers this advice to women wishing to enter into professional audio – “It’s already a given that you have to love this field if you want to become an audio professional. But in addition to that, you have to remember to love the journey. There will be a lot of obstacles but it’s all part of the experience, and you should learn to thrive amidst these setbacks. Keep your eye out for opportunities, make sure to work on your portfolio, keep track of your achievements and put them on a resume, learn to promote yourself.”

“There’s a lot of online resources for anyone to get a head start on learning about audio production and I highly encourage getting yourself immersed in that environment. I’m glad organizations like SoundGirls.Org and Women’s Audio Mission exist because it empowers women to pursue a career in audio.”

Playwithyourmusic.org is another free online music class created through a collaboration between MIT and NYU Steinhardt

Must have skills: Communication skills (highly underrated). Resilience to the ever-changing technologies we face as audio engineers

Jett plans to stay in the United States and be as close to the action and latest in technology as possible but wants to make sure she gives back to the music industry and audio engineering in the Philippines.

Jett Galindo has been busy since our 2014 profile. She currently has engineering credits spanning different genres and with several legendary artists (Bette Midler, Randy Travis, Nile Rodgers, Roberta Flack and Gustavo Santaolalla, to name a few), Jett carries on the legacy left behind by her late mentor, mastering legend Doug Sax (The Mastering Lab). She now works as a mastering engineer alongside Eric Boulanger at The Bakery, located at the Sony Pictures Lot in Culver City, Los Angeles.