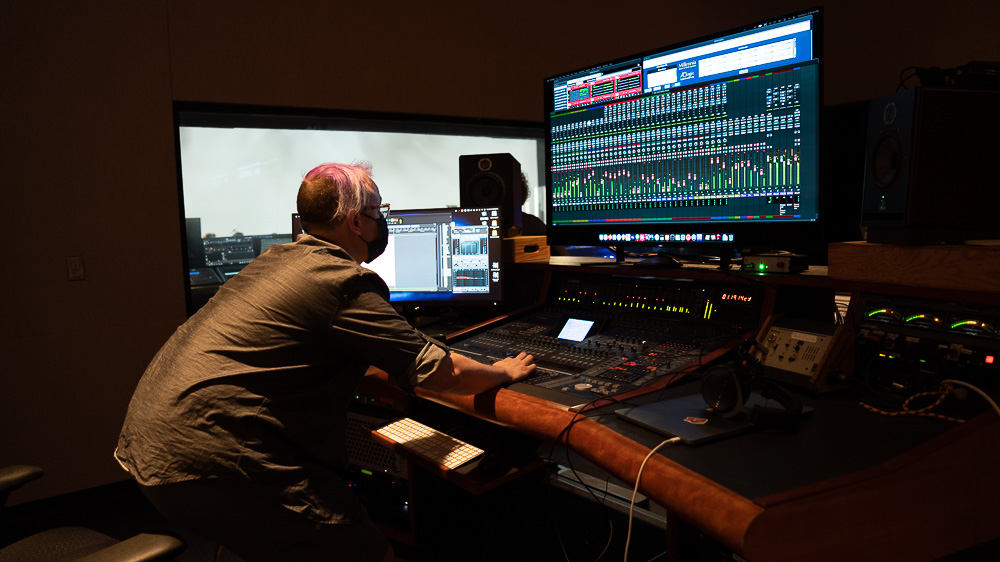 Kylie Grace Snyder is a reformed singer-turned-audio and media engineer working on staff at the University of Michigan’s Duderstadt Center as Technical Lead for Media & Studio Arts. She loves building complex integrations between analog and digital systems, primarily in studios, and talking about her experiences as a trans woman.
Read the Full Profile 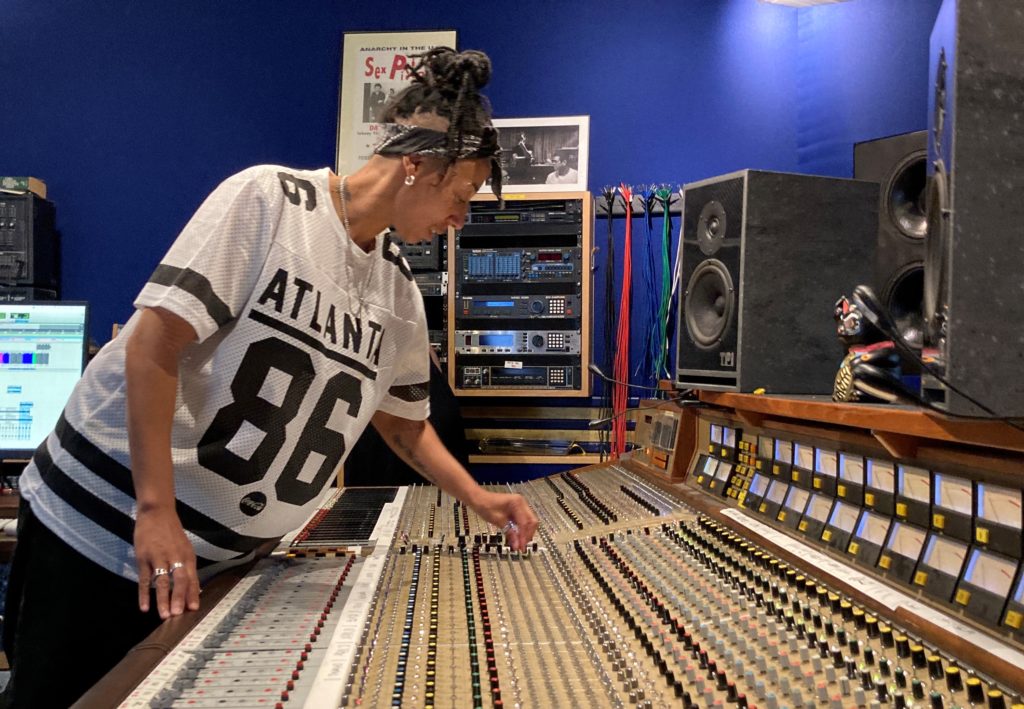 Eve Louise Horne founder of PeakMusicUK and We Are The Unheard

Eve Louise Horne is the founder of PeakMusicUK and We Are The Unheard. She has worked in professional audio for over 20 years and graduated from Gateway School of Recording validated y Kingston University with a HED.  Eve is a singer, songwriter, and producer.
Read the Full Profile 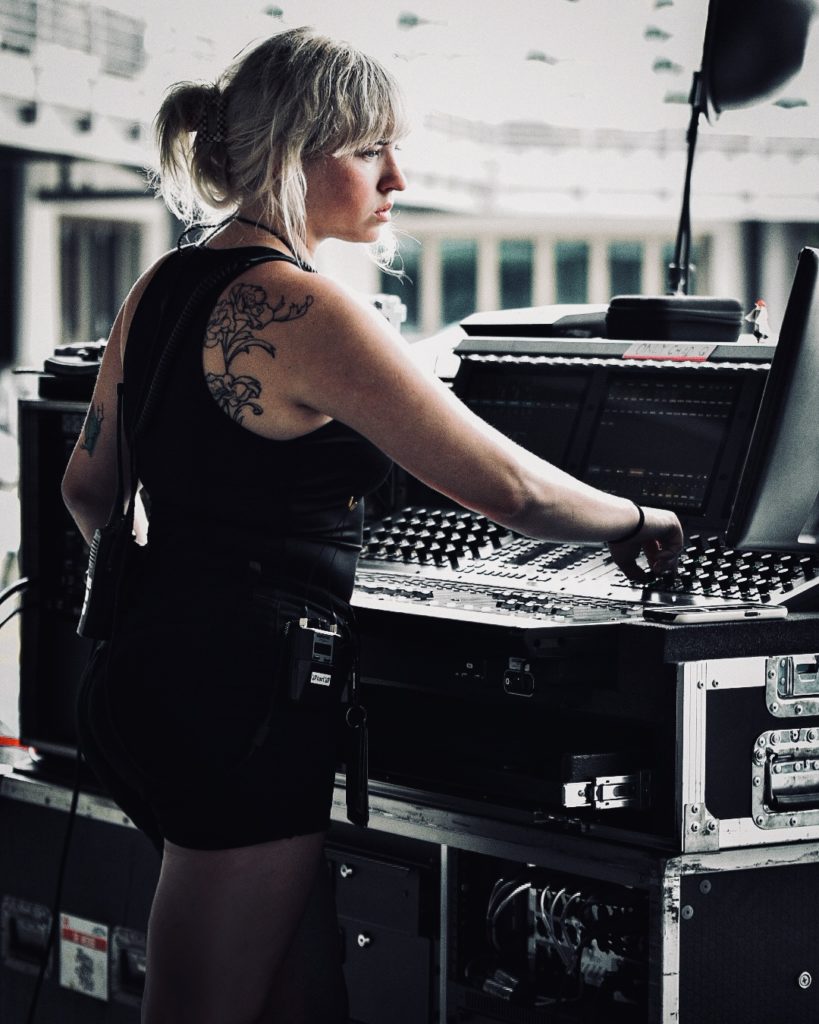 Victoria has worked in Live Sound for over eleven years and is currently on tour as a monitor engineer with  Jason Isbell & the 400 Unit and works with Sylvan Esso as a monitor engineer. In addition, she works for Big House Sound, Inc. and Sound Image.
Read the Full Profile 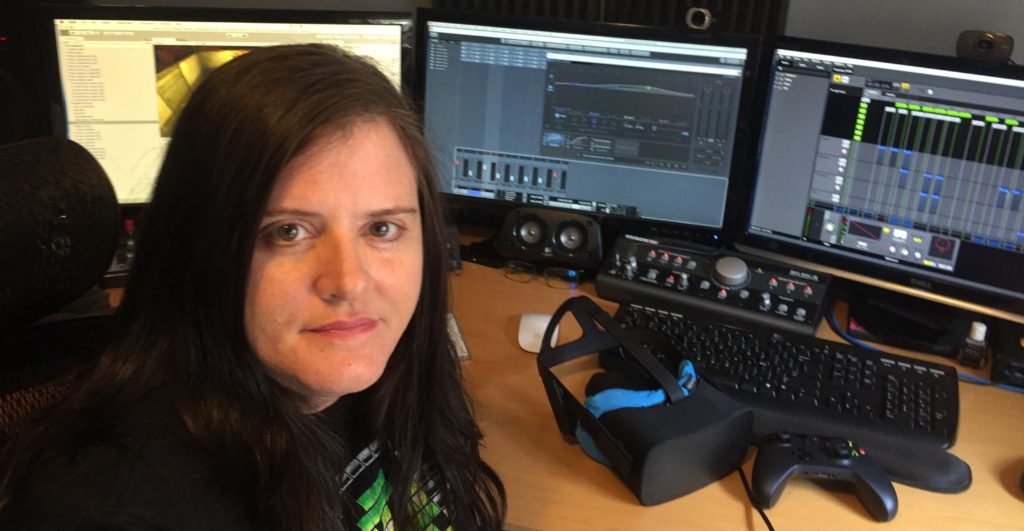 Gina Zdanowicz Founder, Audio Director & Designer, and Whatever it takes!

Gina Zdanowicz works in Game Audio, Film & TV, and Interactive Spaces and is the founder of a boutique audio collective, Serial Lab Sound. Gina has been working in audio for over 17 years and graduated from Berklee College of Music in Boston, MA., where she studied Electronic Music Production and graduated with a B.M...
Read the Full Profile 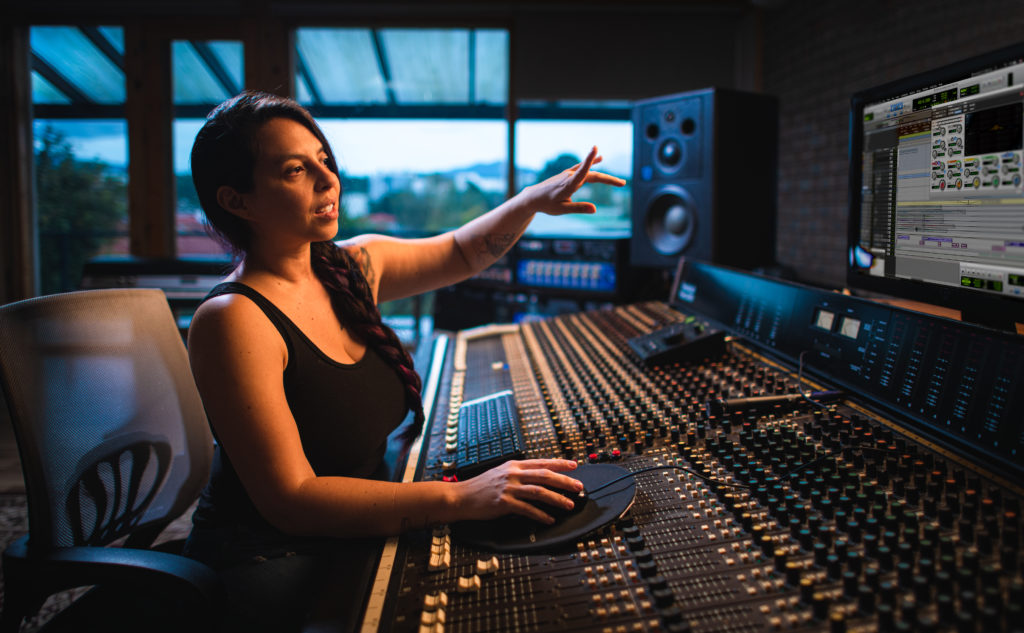 Andrea Arenas is a Live and Studio Engineer working in the industry for over 17 years. Andrea is currently working as a sound technician for La Perle by Dragone in Dubai.
Read the Full Profile 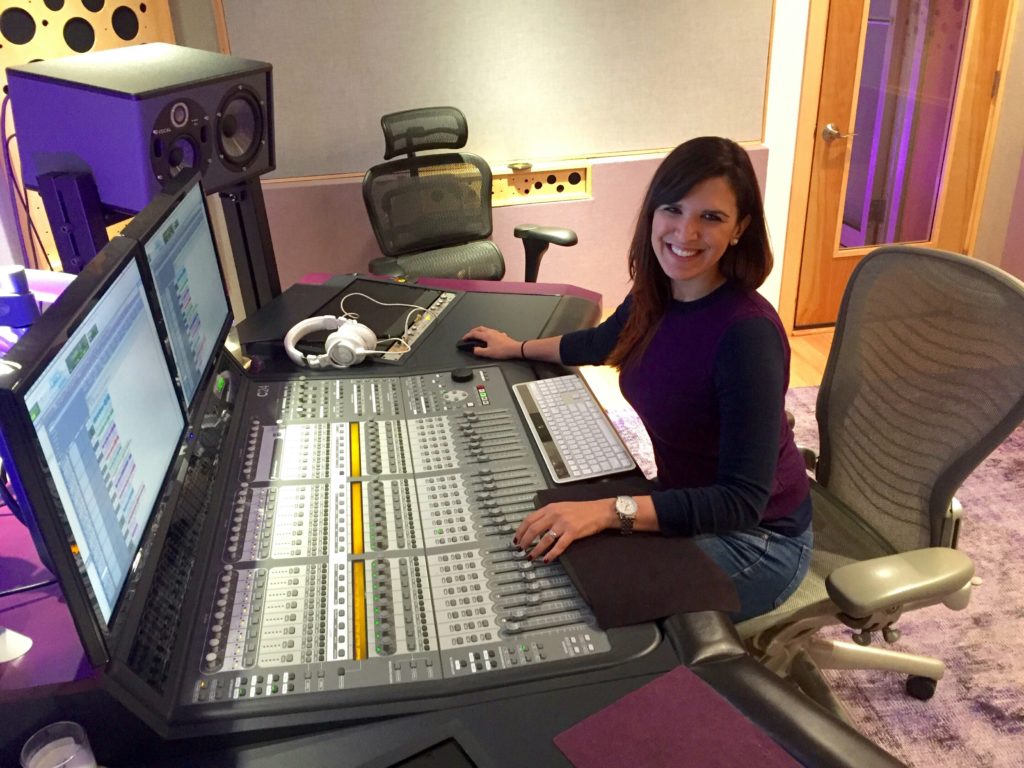 Jeanne Montalvo is a Grammy-nominated audio engineer and radio producer. In 2017, she was nominated for a Grammy Award as Mastering Engineer for Vladimir Horowitz: The Unreleased Live Recordings, and her recording of Multiverse by Bobby Sanabria's Latin Jazz Big Band was nominated for Best Latin Jazz Album at the 2012 Grammy Awards. In 2018...
Read the Full Profile 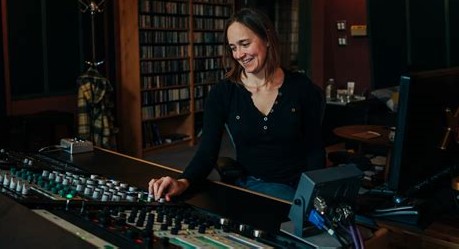 Rachel Field is a co-owner and mastering engineer at Resonant Mastering in Seattle, Washington. In addition to her expertise in mastering, Rachel also has experience (over her 11 years in the industry) working as a recording, mix, and live sound engineer. Rachel’s credits include acts such as Eddie Vedder, Brandi Carlile, Pearl Jam, Thunderpussy, Whitney...
Read the Full Profile 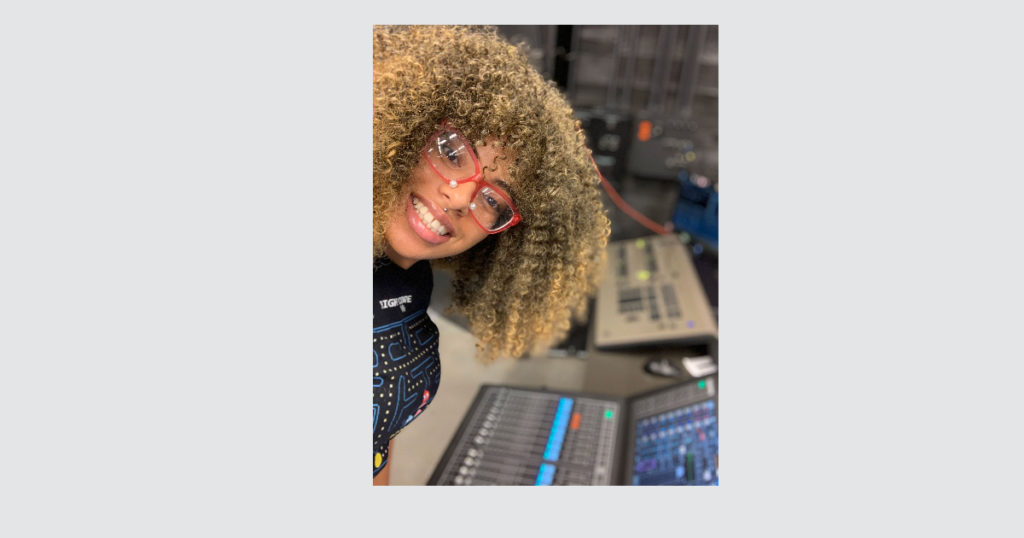 Twi McCallum works on sound design for theater, post-production, audiobooks, and commercials. She has been freelancing since 2018 for Broadway, off-Broadway, and for regional theatres. Twi recently started working full-time at Skywalker Sound in sound editorial, and she will be relocating from NYC to the Bay Area.
Read the Full Profile 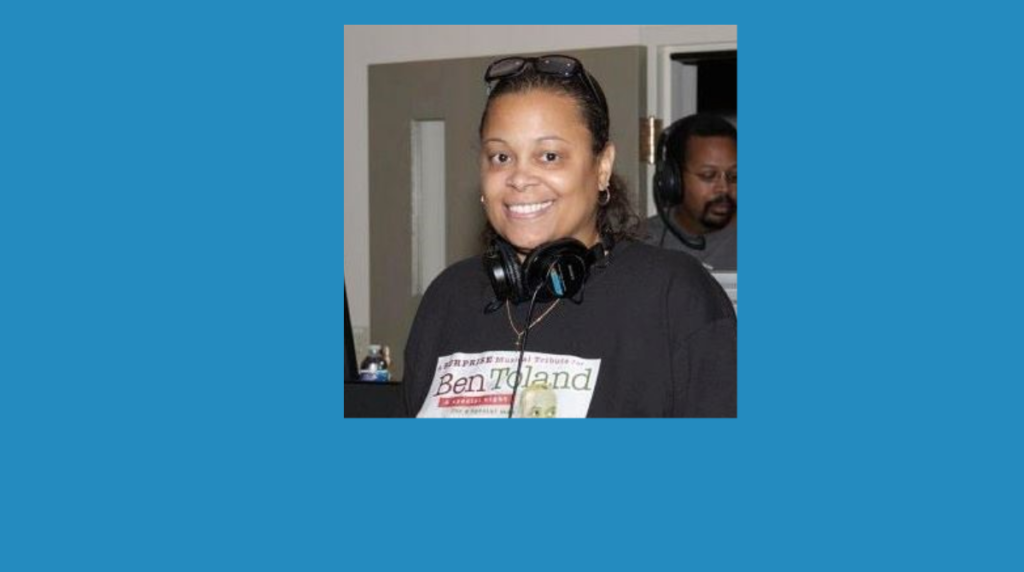 Danielle Lewis – Be a Sponge

Danielle Lewis is a FOH and Monitor Engineer and also takes on the role of production manager. She works for AEG at The Keswick Theatre in Glenside, PA. Danielle has over 18 years of experience working in live events. She attended Drexel University and graduated with a BS in Communications and Applied Technology and an...
Read the Full Profile
Page 1 of 10
X
We use cookies on our website to give you the most relevant experience by remembering your preferences and repeat visits. By clicking “Accept All”, you consent to the use of ALL the cookies. However, you may visit "Cookie Settings" to provide a controlled consent.
Cookie SettingsAccept All
Manage consent