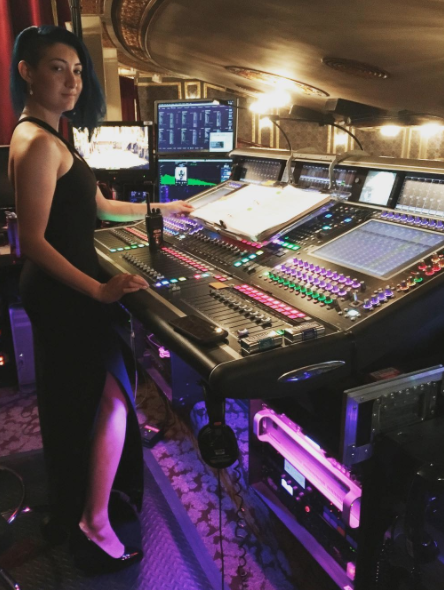 Interview with Anna-Lee Craig, A2 for Hamilton on Broadway

As I’ve outlined in previous blogs, getting advice and guidance from role models and mentors is a huge part of why I have been able to make a career in theatrical sound thus far. I’ve gotten to develop relationships with a bunch of amazing glass-ceiling crushing women, many of whom are mixing and designing at the highest levels on Broadway and elsewhere. There are other folks in theatre whose work I have simply admired from afar; you might even call me a “superfan” of theirs. And Hamilton A2 Anna-Lee Craig is certainly one of those humans!

ALC, as she is known, is someone I have looked up to for a few years now. Not only is she working on one of the most well-known Broadway shows running right now, but she is doing it as the parent of twin toddlers! And did I mention she designed a new style of mic rig for Hamilton that has now been NAMED after her?! Total badass. In fact, so much badassery that I couldn’t possibly fit it all into one blog!

So, without further ado, I am so pleased to be able to share Part 1 of my profile of ALC in her own words! Check back for Part 2 in early 2022, where we will discuss Hamilton specifically and the challenges of being a parent of young kids with a full-time Broadway gig.

Responses have been lightly edited for length and clarity.

Want to learn more about ALC and the sound design of Hamilton? Check out the two episodes of the “Hamilcast” podcast in which she is featured! https://www.thehamilcast.com/anna-lee-craig/ She is also part of the team that was interviewed for the Hamilton episode of the podcast “Twenty Thousand Hertz”: https://www.20k.org/episodes/hamilton. You can find her on Instagram @frecklessly7 and on twitter @craigalc.

What is your theatre sound “origin story”?

I went to school at James Madison University. Originally, I was focused on performance, I had acted in all the school plays in my high school, but I also had an interest in the technical aspects. Fall semester of my freshman year, my first crew assignment was helping the sound designer, a Senior named Jared Singer, strike after a dance concert and we really hit it off. I assisted him on his next sound design and winter break I knew I wanted to change my focus from performance to sound design. I love how sound can transport an audience to a time, a space, or a state of mind. I love how it can be wielded subtly and still have a dramatic impact on a scene.

What was your first professional job in theatre?

I was an A/V Intern at the Santa Fe Opera the summer after my Sophomore Year.

Was there a particular teacher or mentor who encouraged you to pursue a career in sound design?

So many. One professor, Dr. Dennis Beck, I still work with. He taught me the value of deep collaboration or building a narrative in step with a director, and I really think I’ve taken that lesson with me in all aspects of my work.

What jobs or networking opportunities did you avail yourself of in college that helped you prepare to break into the job market in New York?

I attended USITT (http://www.usitt.org/) every year while in college, which definitely helped me get my position at Santa Fe Opera. Many of my subsequent jobs came through word of mouth, recommendations from professionals I worked with either at summer stock or when they were guest designers at JMU. My big break came through KCACTF (Kennedy Center American College Theatre Festival – https://www.kennedy-center.org/education/opportunities-for-artists/pre-professional-artist-training/kcactf/) where I competed with one of my sound designs. That won me a stipend to intern at Williamstown Theatre Festival which is ultimately how I met most of my future bosses, including Nevin Steinberg (sound designer of Hamilton).

Sidenote from Becca: I love this answer because it really highlights the importance of networking in our industry, and how the best thing that you can do for yourself is to get into those rooms where people you want to work with/for will be! I too got my first professional job because of attending a USITT conference and can trace many jobs I have gotten since then to the networks I have established by being a part of TSDCA and working at places like Williamstown Theatre Festival. I also want to acknowledge that huge barriers, both systemic and financial, still exist that stop otherwise qualified people from getting into these rooms to compete for these jobs. Attending conferences like USITT in-person can be cost-prohibitive for many people, and college students may not be able to get approval to miss school days to do so. And while the formerly “pay-to-play” internship at Williamstown specifically has been abolished in favor of a paid position called “Second Assistant,” much more work has to be done there and at other summer stock theatres to open these opportunities up to folks who may not be able to take low-wage (or no wage) work, or who do not have theatre sound classes/programs at their schools, or who are not financially able to study theatre at the university level at all. Our workforce will not diversify unless we radically change how we see folks as “qualified” or “having the right experience,” and move towards paying living wages across all 50 states, even at the entry-level. Ok, back to ALC!

Did you move to NYC right after college? Why or why not?

I stayed in Harrisonburg for an extra school year working as the Production Audio Intern at JMU’s performing arts center. It was a steady job, and I was unsure of what I was going to do next, so I took that year to save money and figure my next steps out. I was on the fence about whether to go to grad school or not.

What was your path to joining the union?

I worked for a couple of designers while I was freelance in NYC. I had been working as an A2 on Off-Broadway shows for Nevin Steinberg, and in the summer of 2013, he asked me if I was interested in going on the first national tour of Porgy and Bess. That’s the show that got me my ACT Card.

I really feel like getting in the union was when my career really started to ramp up. But also, maybe my “break” was even earlier, maybe it was meeting Nevin as an intern at Williamstown. Ever since then, one job led to another, a little more challenging, and I kept growing as an engineer.

Sidenote from Becca: ACT stands for Associated Craft Technicians and is colloquially known as the “touring local” of IATSE. Unlike the other numbered locals in IATSE, which are based in specific towns/cities (for example, IATSE Local 3 is Pittsburgh stage employees), ACT members are not all geographically based in one place, even though the local office is in New York.  Joining ACT or being offered an ACT card in order to accept work on a union touring show is how many folks in theatre gain membership to IATSE.

Thanks so much to Anna-Lee Craig for taking the time to share her story. Again, check back in January of 2022 for part 2 of this interview!

Also, I am taking requests for what topics you’d like to see blogs about next year. Reach out to me via my website, beccastollsound.com, and have a great end of 2021 y’all! 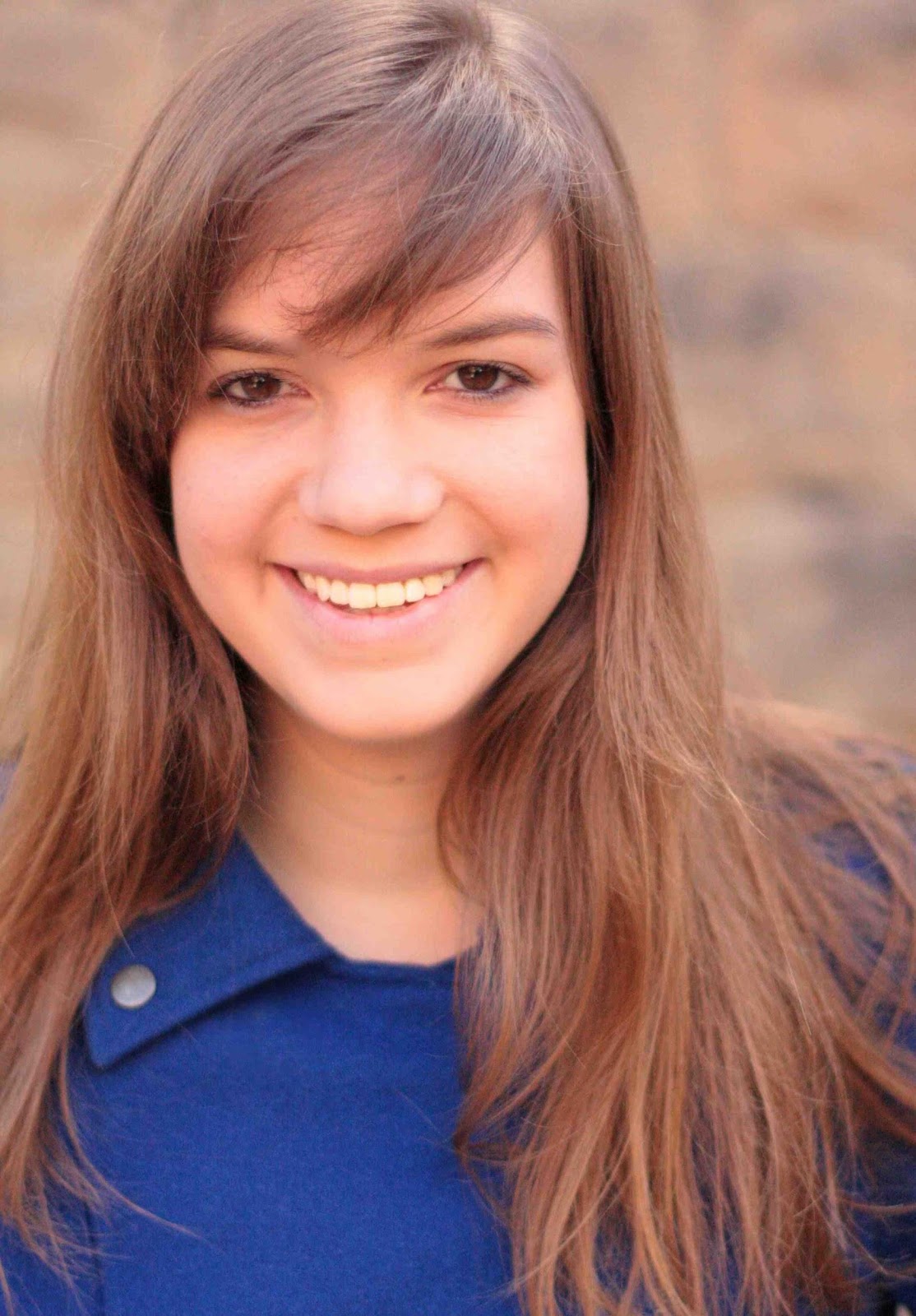 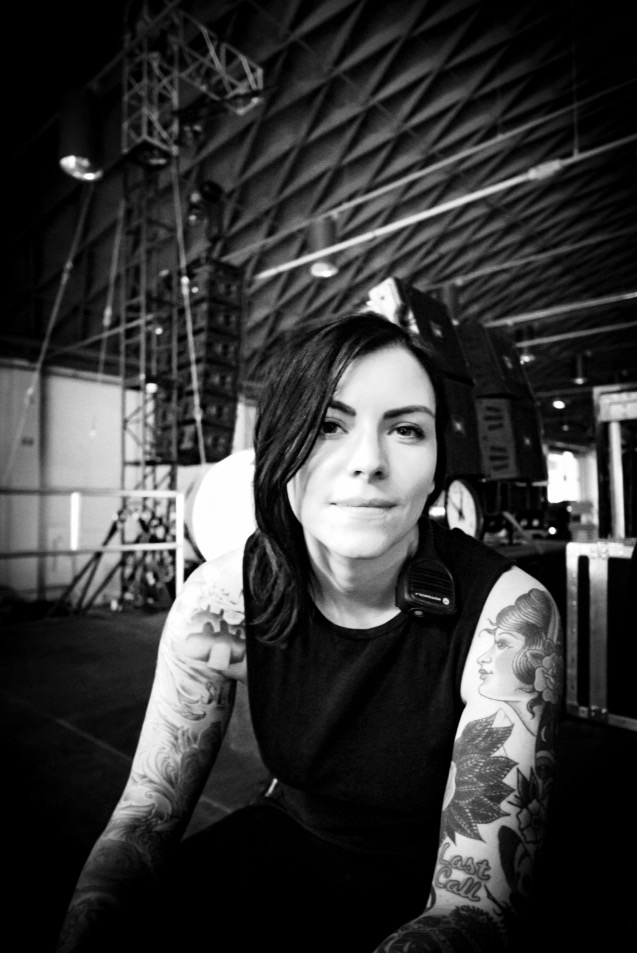 From the Mosh Pits of Orange County – Whitney Olpin

My best advice is whatever path you choose, make sure you live every moment. Get the most out of every relationship and connection you make along the way. I’ve been doing audio for only six years now, but not once has someone looked at my resume. I would be ignorant to say I’ve gotten to...
Read the Full Profile 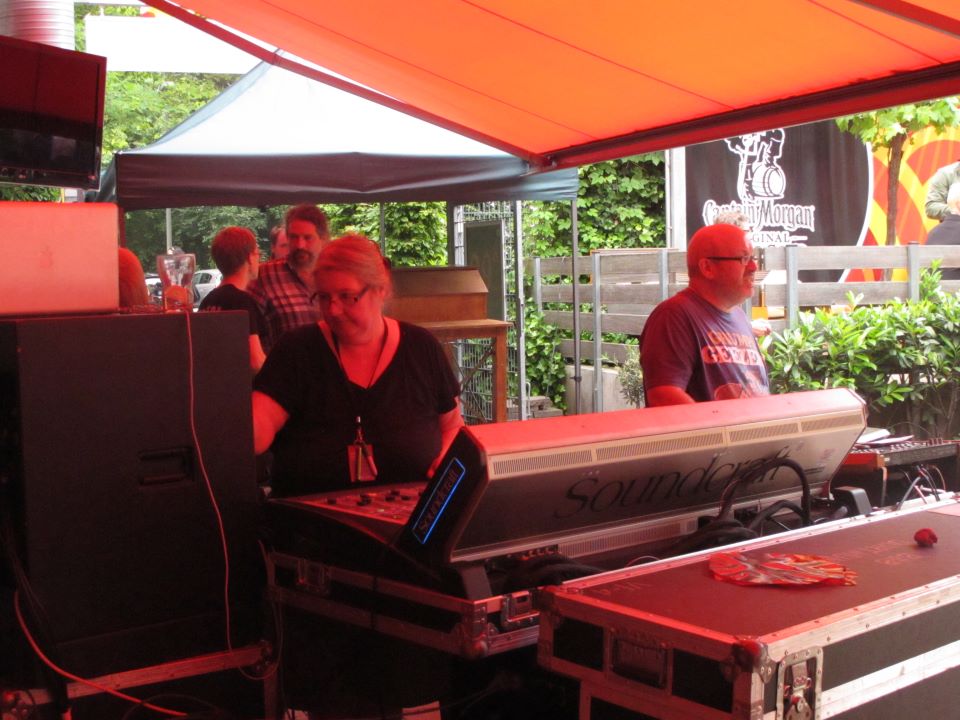 Berenice Hardiman is a veteran of the industry having first been inspired after seeing Pink Floyd at the Liverpool Empire, which was her very first concert.  “I immediately knew that I wanted to be part of whatever that “thing” was that I had just witnessed. Now Bernice is FOH Engineer and Tour Manager for Midge...
Read the Full Profile 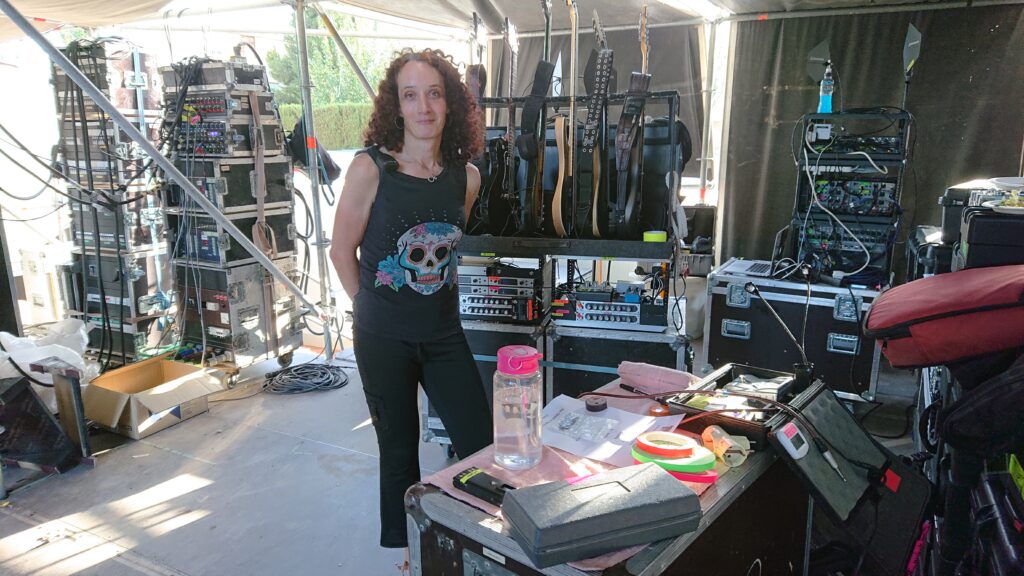 Transitioning in the Music Industry

Laura Nagtegaal is a trans woman, fully tranisitioning in 2017.  This is her experience working in the music industry.
Read the Full Profile
X
We use cookies on our website to give you the most relevant experience by remembering your preferences and repeat visits. By clicking “Accept All”, you consent to the use of ALL the cookies. However, you may visit "Cookie Settings" to provide a controlled consent.
Cookie SettingsAccept All
Manage consent