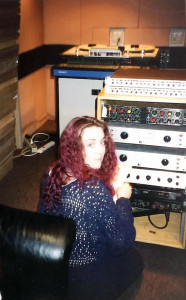 Suzie Brutke-Smurdon has always loved music and knew she wanted to be involved in the music industry, but being a musician and performing in front of a crowd was not for her. Instead, she started looking at audio engineering with a plan of going into music production.  She is now the Co-Owner of Cedar House Audio Productions in Seattle.

Suzie found a short course that was being offered at a local recording studio back home in Oregon.  It was just an overview of what it’s like to work in a studio, but it interested her enough to continue her studies. She then enrolled in Full Sail and studied recording engineering and loved her time there.  She talked about the great teachers and how she met a lot of amazing people at the school.  One of the biggest things she learned was that school is great for the basics, and it gets you prepared to work in a studio, but once you get to a real studio, there is still a lot to be learned.  Each studio is different and has their own way of doing things.  She believes basic signal flow is critical and is surprised at how many engineers these days don’t understand it.

She has been an audio engineer and sound designer for over 20 years. Once she finished school, she took an internship at a recording studio in Seattle. She did well and was hired full-time to work in the dub room doing duplication work. From there, she worked her way up to Production Assistant and finally Sound Designer. She had started out with a plan of going into music production, however with the changes in the music industry at that time, she ended up focusing more on post-production.

Suzie describes sound design in her line of work as all about creating a whole and complete “picture” by using different sound sources.  It’s not just making sound effects; it’s a matter of putting all of it, sound effects, music, dialog, and ambiences, together and making it sound great. Suzie spent over eight years at that studio before moving on to do freelance work and eventually ending up where she is now, co-owner of Cedar House Audio Productions, a company that specializes in spoken word audio.

Cedar House Audio was originally started by talented actress and Audio Book narrator Kate Fleming; Suzie worked as her Technical Director, and Lyssa Browne was Production Manager.  In December of 2006, Kate was killed tragically when a flash flood trapped her inside her basement studio.  After some soul-searching and speaking with Kate’s family to get their blessing, Lyssa and Suzie decided to continue in Kate’s honor and the new Cedar House Audio Productions was born. 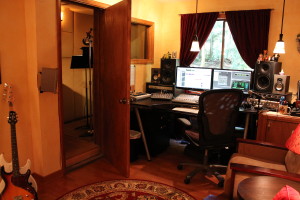 Explaining the differences between recording the spoken word and how it differs from recording music, Suzie says with audio book recording, the biggest difference is that all you have is the voice.  Most of the productions they do are voice only, with the occasional musical transition.  This means the recording has to be as clean as possible so that there are no distractions to take away from the listener’s experience.  The vocal booths are extremely dead at Cedar House Audio Productions.  They should be as quiet as possible with no reflections.  They monitor on headphones instead of speakers so that each little movement, mouth click or stomach gurgle can be heard.  The studio mainly uses Neumann mics and Pro Tools for all projects.

Over the years, Suzie has worked on radio and TV commercials for various clients.  She has also done sound design for video games, TV shows, films, travel tours, and podcasts. She was a dialogue editor on several independent films and has also recorded voice-overs for video games, DVD commentaries, e-learning projects, and audio books, as well as dialogue replacement for TV shows and films.  Suzie also sound designed for Disney theme parks. Being completely different skill sets demonstrates Suzie’s versatility, as most of the work she has done for Disney involved post-production of videos shown in the ride queues.  One of her favorites was for the old Rocket Rods ride. The video was shown in the nine-screen CircleVision 360 Theater. Her job for these projects was to build the sounds for the videos before being sent to a mix engineer.

Her work on video games includes the individual sounds for each element before they are implemented into the game’s sound engine and mixed.  When Suzie is creating sounds for a game, she is provided with video captures of certain elements or creatures. Then she’ll interpret what they should sound like.  Sometimes she will get builds of the game to enable her to see the elements in context, and then she will create sounds to match. Suzie explains that video game cinematics are more comparable to doing post for video, where you’re building a whole soundscape and not just the individual elements. 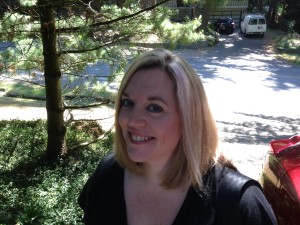 Suzie loves creating things that will be around for people to hear for many years to come and loves the sense of fulfillment when a big project is finished.  The Book of Stars was one of the several notable projects and was the first indie film where Suzie worked as the dialogue editor. This film helped her to realize how much she liked working on films and longer form projects.  The Bill Nye the Science Guy TV show was another favorite, and always a lot of fun.  Voodoo Vince was the first video game that Suzie got to do actual sound design for – and not just voice recording. She has also really enjoyed recording a lot of amazing people over the years and hearing some great stories

Suzie’s life lessons are that if there is something you want, go for it; you should never be discouraged by being a woman in a male-dominated field.  There is always new or improved gear and tech coming out so never stop learning. She says having the ability to troubleshoot when things go wrong is always an important skill to have, as well as being able to stay calm under pressure.

Suzie thinks that one of the most important things, especially when you are just starting out, is to make sure you don’t have a bad attitude.  There’s most likely going to be some grunt work, and you’re going to have to fetch coffee, get lunches, or whatever, so it should be done without an attitude. Be proactive.  If there is something that needs to be done, take the initiative instead of waiting around till someone asks you to do it and always be open to learning.  You can pick up a lot of tips and tricks from other engineers or sound designers.

The Next Generation
SXSW: A First-Time Tour Manager’s Guide
Creating an Effective Soundcheck