Would You Say That to Your Boss?

In my position, I spend the majority of my time teaching new students how to run the equipment we own. All the artists know they are coming to a college where learning occurs, and a majority of the audience members know this too.  We constantly hear from artists that we have better equipment and are more prepared than the last school they were at, and I pride myself on that achievement. My expectations for a show are no less than what a professional production person would produce. 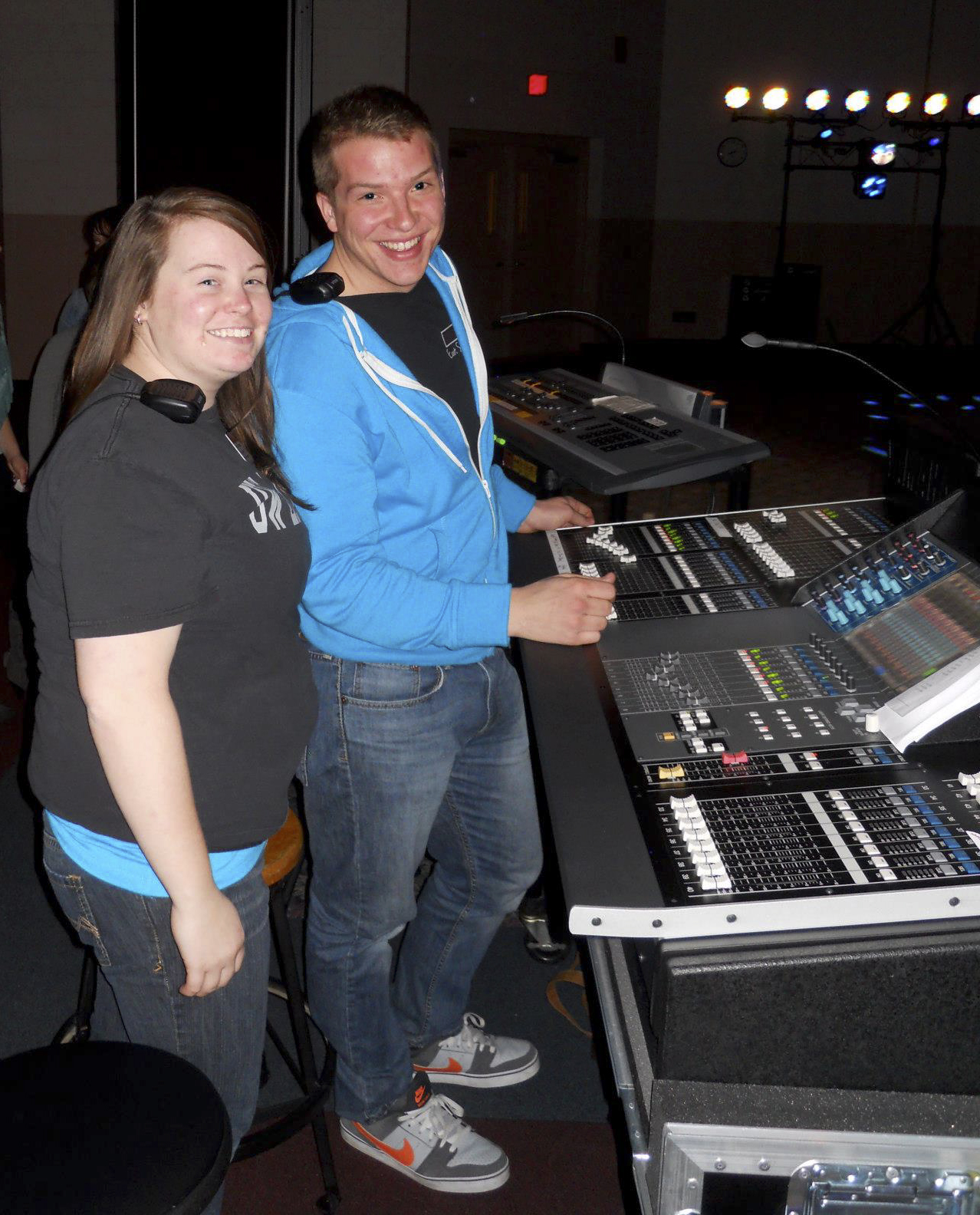 I let my students learn through some trial and error and a lot of hands-on training. I let them learn as they go, but have never left them to suffer or let it get bad enough where a general person would know something was up.  However, audience members will still come up and make negative comments about how it is sounding or ask why they can’t hear an instrument that isn’t even being held or played by someone. (I’ve had this happen a few times. Has anyone else?)

One time a guy came over and said the first song sounded like trash. That was all he had to say in passing. What he didn’t know was that we had just finished moving the PA from outside to inside in ten minutes flat and ran the show without a line or sound check to keep the event schedule on track per the request of the purchaser.  Of course, the first song is going to sound like trash, especially when it is a ten-person A cappella group that’s only practiced twice.  We all know there is no talent knob or fader.

Having some of these bystander criticisms pop up again recently, it has made me wonder: When did it become acceptable to tell someone how to do their job; especially when said person doesn’t have the educational background or professional experience to offer correct critical advice. Or even know the situation of the day or your space, time, and budget limitations?

Another example of this occurring is when people watch sporting events. Sitting at a bar the other day, people around me were sitting and screaming at the TV because their team didn’t do what they wanted or they were performing poorly. Honestly, I wouldn’t know because I don’t watch football. But as I sat there, I wondered when did it become acceptable to do such a thing. When did everyone else become the ‘expert’ except for those who had gone to school for the specialty or those who have worked hard for the position they have earned?

Okay maybe sports are something different and, I’m not sure I have the answers to these questions, but you get my point. I know that person coming up to me or my team at a show will never know the full story of the night. I know that even though a majority of the time their opinion may be wrong, there may be that one time when someone is right. When they have the required education and experiences and can, truly offer valid critical criticism.

So my suggestion for all of us when this occurs:

Ask about their background; can they validate their thoughts with educated answers? Can they offer you something you may not be aware of and can you learn from what they are saying? If they answer yes, then maybe they are right. Maybe you just happen to have a seasoned veteran who is trying to help you learn and grow; offering you critical criticism so the next time you are at an event you can be better at your job or even offer educated advice to future production people you meet. Now I know we don’t always have this kind of time, but if someone is persistent maybe it’s worth it.

I would also challenge all of us when we are attending a show before we make comments to think; would you say whatever you’re planning to say to your boss? Can you offer valid educational advice to whomever you are going to criticize? Can you truly and honestly help improve the situation instead of pointing out the obvious or making it worse? Maybe if we did this, there wouldn’t be such negative competition between like fields. Instead, there could be growth to do even bigger and better things than before. Learning from our mistakes and those seasoned veterans around us could help open doors, and new experiences that you never knew were there before.

Based in Saint Paul, MN; Heather has held many positions in the sound, production, and events business. Most recently as a Production Manager serving the Twin Cities area. She holds a BA in Broadcasting and Digital Media Communication and an MS in Organizational Change Leadership. Prior to taking a position with a private production firm, Heather has over seven years of working in higher education dealing with event logistics and production technology and had also been freelancing in the field for several years.

Read Heather Holm's Blog
Browse All SoundGirls Contributors
We use cookies on our website to give you the most relevant experience by remembering your preferences and repeat visits. By clicking “Accept All”, you consent to the use of ALL the cookies. However, you may visit "Cookie Settings" to provide a controlled consent.
Cookie SettingsAccept All
Manage consent