Their Rightful Place in History

As a woman in tech it can sometimes feel like we are fighting for recognition and it is troubling when those who write history choose to ignore women and the tremendous achievements they made. Women were instrumental in both sound engineering and computing from the beginning. Here are just a few. 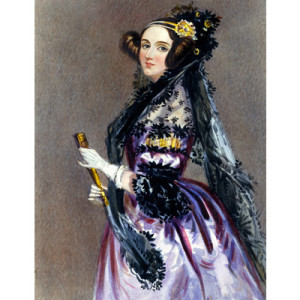 Most people who code have heard of Ada Lovelace. Ada was the daughter of Lord Byron. Lord Byron was considered mad, bad, and dangerous to know. Byron left England for good when Ada was four months old. Ada’s mother, Lady Wentworth wanted to ensure that Ada was nothing like her wayward father, so Ada received an education in Mathematics and Logic, very unusual for a women at that time.

Ada was introduced to Charles Babbage by her tutor Mary Somerville. While Babbage may have built the first computer,  Ada wrote the programs for it. Ada and Babbage collaborated on the Analytical Engine. In 1843 Ada translated an article by Luigi Menabrea on the Analytical Engine and added her own extensive notes which included the first published description of a stepwise sequence of operations for solving certain mathematical problems. Ada is often referred to as ‘the first programmer.’

Ada speculated that the Engine ‘might act upon other things besides numbers, the Engine might compose elaborate and scientific pieces of music of any degree of complexity or extent’. The idea of a machine that could manipulate symbols by rules and that number could represent entities other than quantity mark the first transition from calculation to computation. Largely forgotten by the world until 1953 when her notes were published in Faster Than Thought: A Symposium on Digital Computing Machines. Ada has received many posthumous honors for her work. The US Department of Defense named a computer language after her in the 1980s. 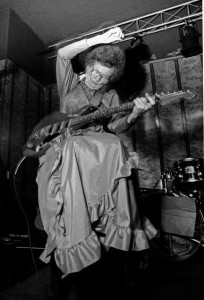 Cordell started her own record label in 1956, Moon Records. It’s still trading today and is the oldest continually running label in Memphis. In 1956 she was a sound engineer recording her songs in her home studio. A real pioneer of sound engineering she found it hard to break into the male-dominated studio industry although she did record demos at Sun records.  Cordell bought a cutting lathe in 1947 and started recording demos with local bands.

“I have done everything I have ever thought of as long as it wasn’t immoral, fattening, or illegal,” Jackson says. “That expresses what my life’s been. It’s got to be right-can’t be anything wrong with it. That follows me all the way through. A long time ago, I was told little girls don’t play guitars. And yet I would steal the show wherever I played. In the Bible, God says to conform not, and he doesn’t want you to conform but to one thing, and that’s his love. That’s it. I don’t conform to the world about anything.” 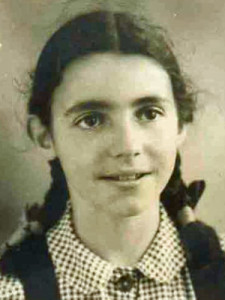 In 1939 at the age of five Stephanie was a lone child refugee to Britain from Germany. Part of the Kinder Transport Child Rescue Program.  Although she attended a girls school in England she received permission to study Mathematics at the local Boys School, as Mathematics was still not something routinely taught to girls.

After School, Shirley chose not to study the limited range of degrees available to women, instead deciding to study mathematics for six years at night school. In the 50’s Stephanie worked for the Post Office Research Station, where the world’s first programmable electronic computer was built, The Colossus Mark 1.

In 1962, Stephanie founded the software company Freelance Programmers. She was ridiculed, as no one bought software as it was given away with hardware. Stephanie structured her business around working wives and mothers and recruited professional women who had quit working to care for the needs of the home. These women worked from home, job shared and had flexible working hours. To understand just how pioneering this was you need to appreciate the restrictions put on women just 50 years ago. A woman did not return to the workplace after having children, she did not have access to equal opportunities and pay and couldn’t even have a bank account without the permission of her husband.

Stephanie, who addressed herself as Steve in business letters to get her foot in the door, owned the company that wrote the code for Concord’s black box flight recorder. Code written, “by a bunch of women, working in their homes”. The company also developed software standards that were later adopted by NATO.

You can see Stephanie Shirley’s Ted Talk here and here the history of her company from its start to becoming multi-billion dollar company.

If women have been around in tech from the start, why is it still a mainly a male dominated field? Are women’s achievements always diluted when seen through the lens of their gender? How do we address this imbalance and give the women who fought just to have careers outside the home, let alone made tremendous achievements claim their proper place in history?