Theatrophone – Culture within the reach of all social classes

In the 19th century, theater and opera were known to be exclusive entertainment of high society, however, people with less purchasing power did not ignore their existence and it was clear that they wanted to be able to enjoy these shows. 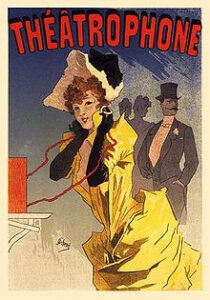 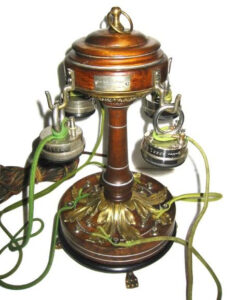 It was this need that prompted the French engineer and inventor, Clement Ader, to invent his ambitious and novel project. Since he did not understand why culture could not be available to all people. A true revolutionary of those times.

So, since it was impossible for him to bring everyone to the theater, he brought the theater to everyone. Creating what was known as a théâtrophone. And well we agree that it is not the most creative or beautiful name, but it was undoubtedly the tool that he was looking for

This technology consisted of transmitting through telephone lines, in real-time. The audio of the presentation that was taking place in the theater, and boy did he know what he was doing since just a year ago he had been directly involved in the incorporation of all the telephone lines in Paris, so we can say that was in his field. 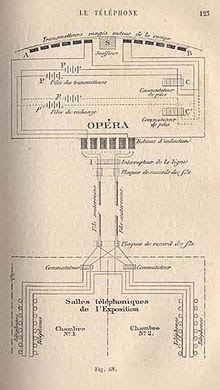 But how did this work? Approximately 80 telephone transmitters were placed, distributed throughout the stage. The objective was to create that three-dimensional sensation in their brains, to make the ears of the receivers as immersed as possible in the environment of the theater or venue where the transmission was taking place. (We are talking about creating a binaural system well ahead of its time).

This signal is then sent to a huge “telephone exchange” where the signals are selected and sent to the destination receiver.

This receiver was in the homes, it was very similar to a phone. But its biggest difference is that it did not have a microphone, it only had a pair of headphones, one for each ear. Continuing with the logic that the sound was as immersive as possible.

Even taking it to the houses and making it much cheaper, this option was still not available to everyone. And nobody could stop this educational mission and above all, such a good business. The theater phone could be found in the most popular bars and restaurants in the city. And for a 50 cent coin, you could listen to 5 minutes of the recital that was being presented or for 1 franc you could listen to 10 min. And so have a more connected world. 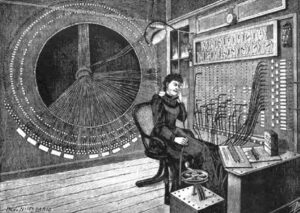 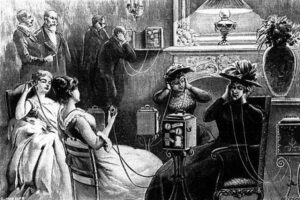 And if it was such a good idea then, why did the theatrophone die? It didn’t die. It evolved, technology was advancing and with it came easier ways to communicate, to offer services similar to this, and many more accessible. It was already very expensive to maintain a system like the theater compared to new technologies. But we cannot forget the history and inventions that have helped us get to where we are if today we enjoy digital platforms such as Spotify, Apple Music, or even YouTube itself, it is thanks to innovative ideas like these.

And we, what legacy are we leaving for our future generations? How could our innovations evolve in the coming centuries?

References and external links from https://en.wikipedia.org/wiki/Théâtrophone 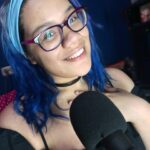 Maria Fernanda Medina is from Tegucigalpa Honduras. She received a BA in Acoustic Technology and Digital Sound at the Galileo University in Guatemala City. She works in Live Sound as a sound engineer, backline tech, and production.