In order to select the technique with which we will work, first, we must consider some details such as budget, available equipment, and music style; having this clear we can make a decision on the system that best suits and works to the circumstances that we face.

There are 4 basic elements to choose a technique:

From there arise some of the best-known stereo recording systems, such as: 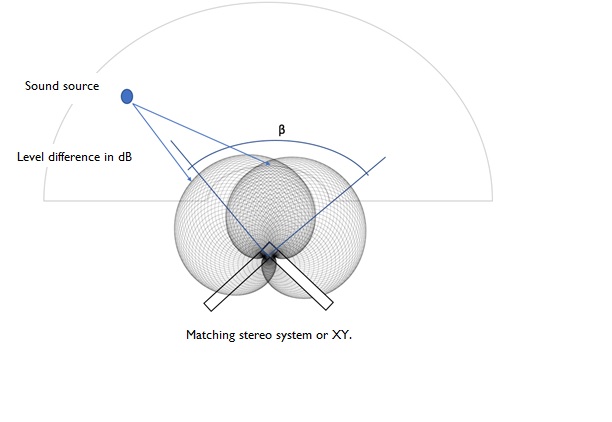 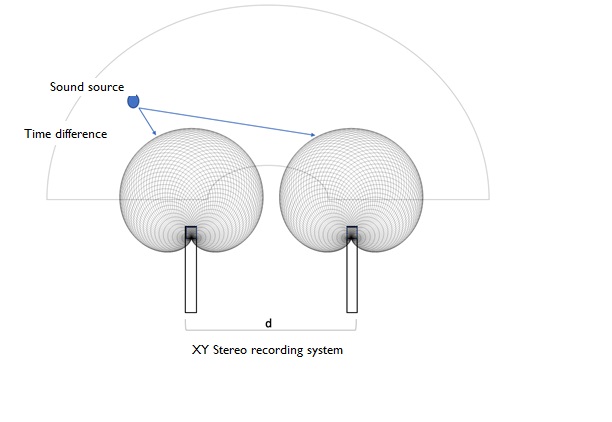 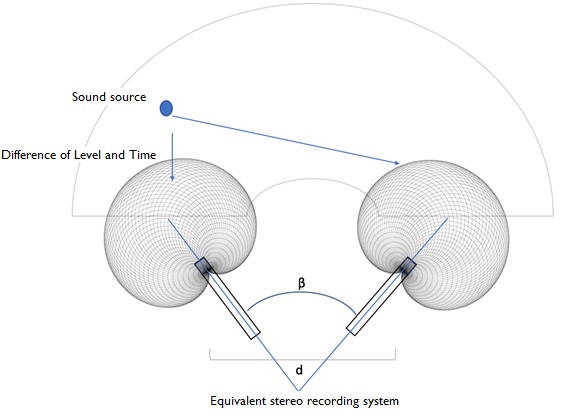 There is a relationship of the position in which a virtual source appears between a pair of speakers and the difference in sound intensity (in dB) for a stereo signal. This variation is achieved in stereo recording systems through the four elements previously discussed: polar pattern, position, the angle between the microphones and distance to the source. (Recall that we are talking about stereo recording techniques)

These differences in level (dB) or in time (ms) can be achieved by manipulating the distance and / or the angle between the microphones, so that the sound that arrives at each of the microphones’ capsules of the system is translated in different images in the speakers, with different positions and image widths of the virtual sources.

For example, when the microphones are brought closer to the source, the image becomes louder in the speakers. Or if the angle between the axis´ of the microphones of an XY system is reduced, the image decreases because the recording area becomes larger. In the same way, we can observe image differences between each of the systems AB vs. XY vs. equivalent. 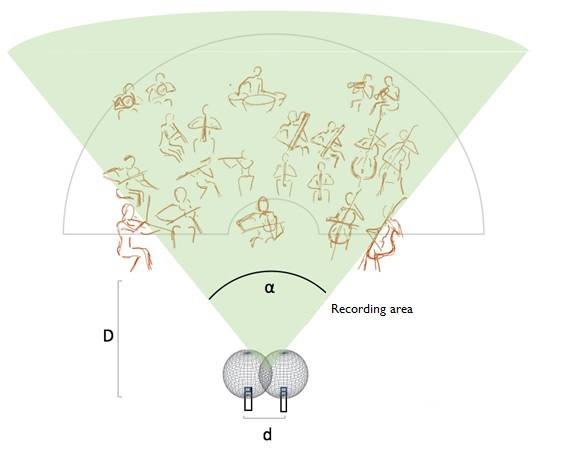 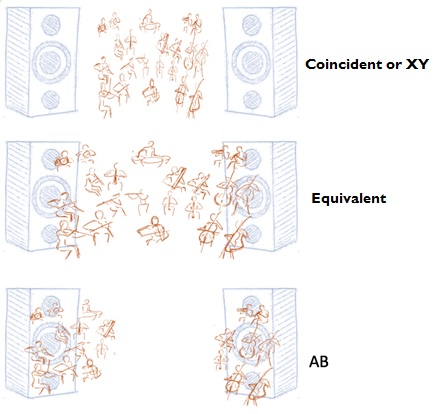 The image of the orchestra represented above shows an extreme example of how the results may vary according to the chosen configuration; however, this does not mean that whenever we select an AB stereo recording system we will obtain an image that comes from the left and right ends. The right of the loud speakers, or that by choosing a matching system, a concentrated image will be obtained in the center of the loud speakers. Everything depends on the selected parameters (polar pattern, angle, distance between the microphones and distance between the source) for each configuration.

Specifically, if we compare an XY system with a cardioid polar pattern vs an AB one, we might hear:

I take this opportunity to thank the person to whom I owe this knowledge, whom I greatly appreciate and admire, Thorsten Weigelt.

Below you will find a list of the specifications of the most well-known established stereo recording systems.

Andrea Arenas: I’m a sound engineer. My first approach to music was through percussion since I was 10 years old. I graduated electronic engineer and dedicated to audio since 2006.  I also have composing studies and crazy love about music.

Nizarindani Sopeña: A journalist by the National Autonomous University of Mexico (UNAM), specialist in subjects of the cultural field. Publisher since ten years of Sound: check Magazine, a Mexican publication aimed at professionals in the entertainment industry in Latin America and the world 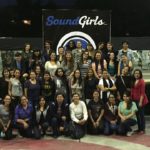