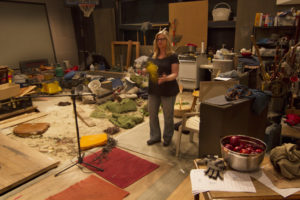 Using sound effects in film began with the passing of silent films. In 1927, Jack Foley developed multiple techniques of sounds for cinema, thanks to his collaboration in the film “ShowBoat,” where he made the effects of synchronous sound in real time and thus began the room effect, better known as the Foley effect.

Sound has the ability to make us feel part of a story; sometimes it goes unnoticed, but if it were not there, the film would not generate the same feeling.

Foley can be the most subtle and daily sound, to sound effects created to give more meaning to something in particular, for example, clothes, doors creaking, broken glass and the sea, among others.

In the beginning, it can be confusing to begin to recreate the sound effects. What sound is the best? What happens if I do not like the Foley I’m creating?

With this in mind, you have to focus on three main areas: steps, movement, and specific accessories. Below are different scenarios of what might happen, as well as some recommendations of what you can do about it:

The experiment makes the teacher: Create your own sounds, try various materials, factories, floors, and so on. This will help you to have an idea of a sound and decide what you need, as long as it works for you. Many times the final product ends up being something you did not expect, but it will also help you to create a workflow, and in future projects, you will be able to have your recording techniques ready

Get ready to get dirty: Yes, being a Foley artist is a dirty job, it is advisable to use clothes that do not bother you because you will be in the studio for several hours and it will also provide you comfort to perform. Also try to wear clothes that make little noise, to prevent any external sound from leaking out.

Create templates: The order in the sessions will optimize your time; Create templates in your recording software (DAW) with time. Regardless of which one you use, the work will be faster, and this will also make it easier for editors, mixers, etcetera.

Having a diary will become your best friend: In it you will have to record every movement you are making, with its respective date and time, from the simplest, such as: “I had a recording error” or “I did not achieve the adequate step “, even the most complex:” Today I learned a recording technique “. It can be tedious, but in the long term it will be very helpful if you forget to create a sound, or also, when you do similar projects, you will have an idea of how to work them, thanks to your journal.

Go to the cinema: Whether for reference or inspiration, this will open your mind, not only see special effects, listen to steps in different types of relief and others; You can also see how the genres in the cinema vary in Foley, in their way of being created, recorded and mixed.

There will be changes at the last moment: It is the law of life and more in the production of films. Keep in mind that there may be projects that you ask to deliver the next day (I had to deliver from one hour or up to half an hour before the screening), so you’ll have to work under pressure, but do not worry, it will not always be the case, and you will learn a lot.

Save everything: The golden rule. Record everything and if you are not sure that you did it, save it again.

Sensitive microphones are excellent for capturing subtle nuances in sound effects. Within the Foleys study, you can use the following models of transducers:

Try that the direction of the microphone is not very close to the source you want to capture; move it a few inches to have a bit of the sound of the room.

These are some objects and techniques suggested by Foley artists in Hollywood:

Each movie is different; In addition, each production and direction cause different processes, so you will always learn new things. So in the end, at all times keep trying new ideas and save them, you never know when you could use them. 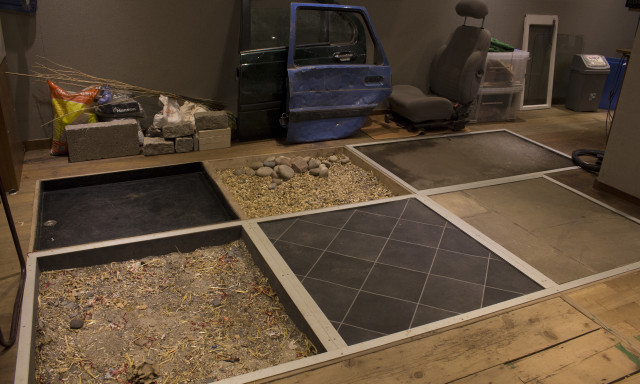 By Tania Moreno and Carolina Anton 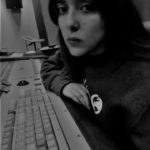 Tania Moreno – was born in Ciudad Obregón, Sonora, on April 2, 1996. She finished high school and is currently a student of Audio Engineering at the ¨Instituto Tecnológico de Monterrey in Monterrey¨, Mexico. She has studied a second career in French and has also studied and completed internships in Helsinki, Finland.

She is an announcer and artist of Foleys for animation projects and has just founded her audio production company Happy Dog Productions, a specialist in the creation of sound design, scoring, mixing and mastering. 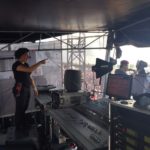 Acknowledgments to the community of Artists of Foley: Peggy Vázquez, Estefanía Monroy (BHD studies) and Alexa Castillo (BHD studies) for contributions of advice.