Making the Transition from Wedges to In-Ear Monitors

When you work in live sound, at some point you will find yourself in a similar position to me: mixing monitors in mid-to-large sized venues. You will begin encountering bands that have their own front-of-house engineers but no monitor engineer and manage in-ear 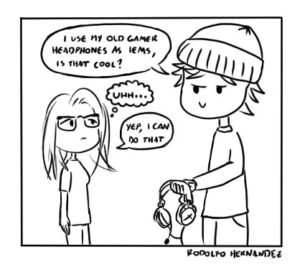 monitors in many forms, ranging from tour-ready packages to a hodgepodge of cheap receivers to crappy gaming headphones used with an adapter (yes, that happened). And you will need to adapt your mixing style to the monitor combination of the day. This strange territory in the transition between mixing wedges and mixing IEMs can be tricky to navigate, so I thought I would share a few of the strategies I’ve developed.

Manage expectations. This might be the most important. Chat with the band while you’re setting up – introduce yourself, point out the monitor location, and try to get a feel for mix needs. After testing mix connections with pink noise I like to make an announcement restating my name and explaining that I’ll do my best to get them what they need as quickly as possible. If it’s a rushed soundcheck, I’ll explain that I’ll focus on levels and basic EQ first, to get through the line check quickly, and make higher-level tweaks as they check songs.

Use headphones. Relying on headphones or using a cheap pair of IEMs as your cue mix makes your listening experience much closer to that of the artists on stage. Headphones are especially useful with bands that are only on IEMs, since in this case listening to anything in the cue wedge may affect the mix you’re building onstage.

Ask questions. Don’t be afraid to ask for information you need or double-check things you aren’t sure of. Asking the musicians where they want something in their mix – ears, wedges, side fills – or if they have panning preferences is also useful, as some bands have a template they prefer their mixes to follow. I also like to confirm that everyone has what they need of a certain channel before moving on during soundcheck. 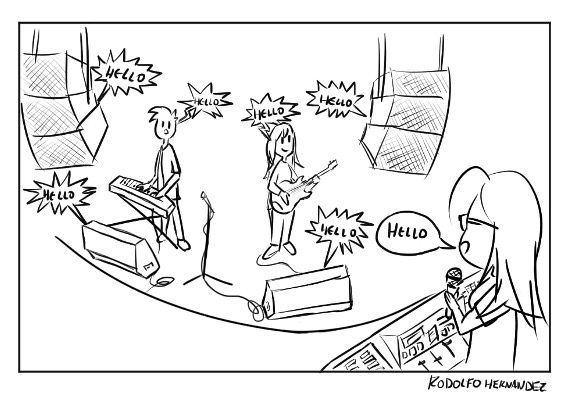 Set vocals first. This includes talkbacks! Ideally, you can set the talkback and vocals at a healthy level and bring the rest of the mix up around that. Keeping the levels at a comfortable volume matters even more now, with the mix going directly into someone’s ears. And from a practical standpoint, setting vocals first is a must so that you can communicate effectively with the band. Don’t forget to put a little of both talkbacks into the side fills so that you can communicate with front-of-house easily.

Watch your levels. Sound going directly to your ears is a much different experience than sound coming at you from a nearby speaker, so be extremely careful when setting and adjusting mix levels (especially if you do not have headphones or your own IEMS available for use). Whenever I adjust the levels of an IEM mix, I take care to go much slower and be extra aware of what dB level I am at.

Befriend front-of-house (if there is one).  It’s important to have a good working relationship with the front-of-house engineer. Make sure it is clear who will lead soundcheck, when you’re ready to move on within the soundcheck, etc. Generally, a touring engineer will also be able to give you some tips about the monitor mixes and general preferences of the artist. 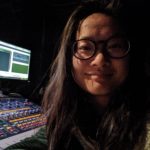