Life in the Less-Than-5% 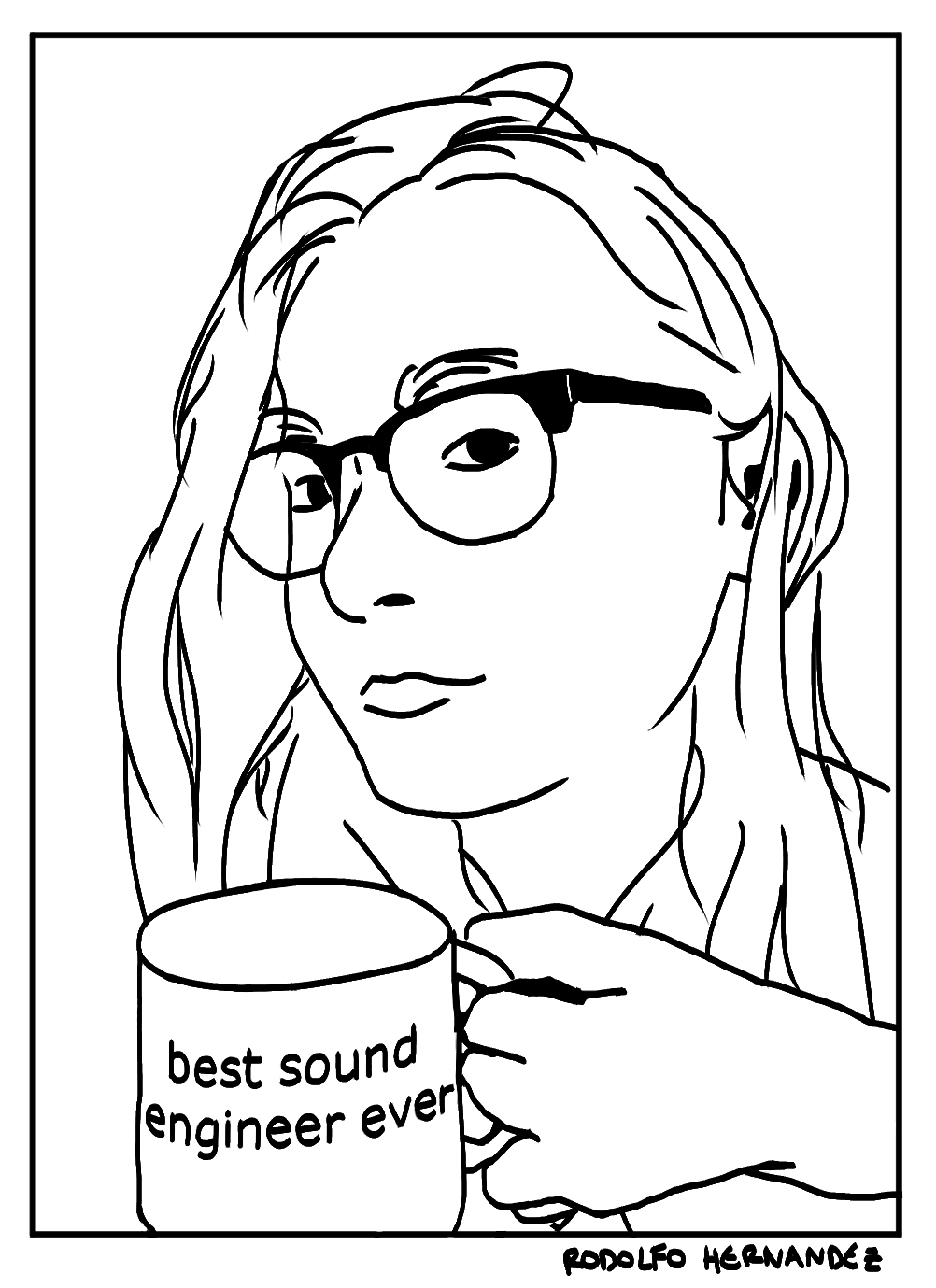 As hate against those who look like me has skyrocketed in the past year, and been largely ignored by the music industry, I’ve started to rethink my assumptions about how I can move through the audio world. If women make up 5% of sound engineers, then the percentage of women of color like me is even smaller. In my nine years in live sound, I have never crossed paths with another Asian-American sound tech, although I know we exist. The times that someone onstage has looked like me have been far and few between. I always thought I would have to be extra careful about my safety because of my gender, not because of my ethnicity. Clearly, that was naïve.

As strange as it feels to say, I am one of the “lucky” ones: nothing I’ve gone through has been bad enough to force me out of the industry. A friend of mine, who is also Chinese-American, had such a bad experience interning at Big Name Music Hall with a boss and coworkers that constantly asked him incredibly invasive, weird, and racist questions that he decided to stop pursuing a career in live sound altogether. I’ve experienced nothing so constant and pervasive. The worst environment I’ve been in was as at my first and only training at a production company whose manager went on a bizarre, semi-incoherent rant for several minutes about how racism doesn’t exist, and “the only racism” is green (money), which was triggered by a comment made about the Papa John’s Pizza we were eating.

Most of the racism I’ve experienced come in the form of the harassment most women face anyway, just with an extra racial component. The stereotype of Asian women as sex-hungry “dragon ladies” who exist only to serve white male pleasure is alive and well (just look at the coverage of the Atlanta shootings). So the assholes who aggressively hit on me and wouldn’t take no for an answer might throw in a reference to anime, hentai, massages, and happy endings, Japanese schoolgirls, or anything else that would make what they are saying that much more degrading. Another non-white friend and I found ourselves and our credentials excessively scrutinized at the few AES meetings we have gone to, compared to the other new faces at the meetings. The gatekeeping worked – I haven’t gone back. Moving from clubs and bars, where often there is no one able (or willing) to back you up, into the more structured world of larger music venues, where the touring crew probably know my coworkers and I am suddenly a friend-of-a-friend instead of a complete stranger, has helped cut a lot of this.

What never goes away are the offhand comments and assumptions. The negative ones are self-explanatory: assuming I don’t speak English or learned English as a second language, pressing me about “Where [I’m] really from” or asking “What are you”, arguing with me about whether or not I am a different Asian sound engineer who you worked within a city I’ve never lived in, being asked to confirm my citizenship by someone literally holding my U.S. Passport when filling out paperwork. Being called ‘China doll’, having someone proudly explain to me how they can tell the different types of us Asians apart as if that deserves my congratulations and gratitude. The supposedly complimentary ones, often based in stereotypes like the model minority myth, are equally as gross: saying that they’re glad I’m Asian because I’ll work harder, or assuming I can do a quick calculation on the spot because I’m Asian, and therefore good at math. And of course, there is the classic ‘Oh I love your culture!’, which is quickly followed by a bunch of half-baked romanticized stereotypes that probably aren’t even from the right country.

Overall, the biggest issue I’ve run into in my career is tokenism: being paraded or held up for being a person of color as proof of diversity. It was particularly bad at my first job, whereas the only non-white sound engineer I was constantly pressured to participate in the marketing campaigns, fundraising events, tabling, and basically become the face of the audio program. There was a hard push to show how diverse we were as an organization when we really were not. A single person cannot be diverse! I declined until I was eventually left alone, but it was extremely uncomfortable to go through, especially as a high schooler.

Recently it’s resurfaced again, in a slightly different form. I have become the token woman/minority audio engineer success story to a white coworker of mine, who I barely even know. This person has tagged me in social media posts about how inspirational it is to see a non-white woman in audio, and has privately sent me several long messages of solidarity and apology over inconsequential things the venue has done. Did I have to ask my venue to put STOP AAPI HATE up on the marquee? Yes. Was it painful or traumatizing that they didn’t put it up automatically and I had to make that request? No. It was moderately annoying at best, and it’s insulting to decide that it was something deeply distressing on my behalf. To continue doing so after I have explained that to you that this not the case at all is ridiculous. Removing my agency from the situation and operating under the assumption that it is the duty of white people to swoop in and save me, is not ‘being an ally’. It is an unhelpful and infantilizing statement that paints me so delicate that something as simple as requesting my venue speak out is a shattering ordeal.

Flattening me into a single dimension, whatever the intention, is not okay. It takes the complex, whole person that I am and reduces me down to be defined solely by my race. It doesn’t matter how much solidarity you claim to have if you can’t see past the surface of my skin. Especially at work, the body that I am in should come second to what really matters: the fact that I am a great sound engineer.

Sydney Bolton is a freelance live sound engineer based in Seattle, Washington. She is a recent graduate of the Electrical Engineering program at University of Washington, where she specialized in digital signal processing, but plans to continue with live sound for now. When not behind a soundboard she may be found in a darkroom, skateboarding, or playing drums.