Learning and Networking at the AES Convention 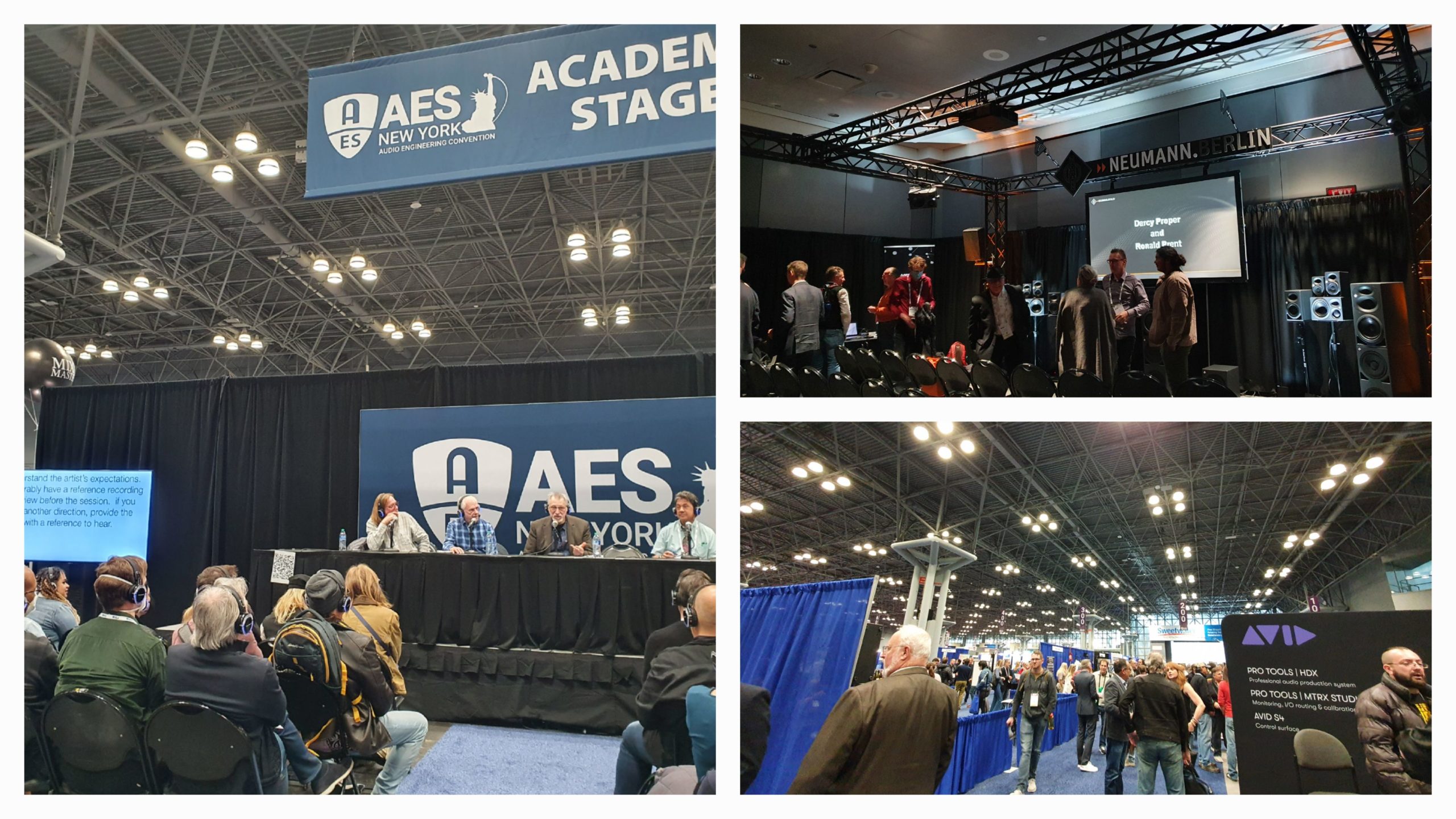 After a three-year hiatus of in-person gatherings due to the pandemic, the long-awaited 153rd Audio Engineering Society convention took place on 19-20 October in New York, with additional events before and after, and to be followed by an online event on 26-27 October. If you’ve never been to one, what can you expect at an in-person AES convention, and is it worth going to? Here’s an overview of my own experience and opinions.

AES conventions normally take place twice a year: one in North America and one in Europe. If you’re a member of the AES, you get a discounted convention ticket. Conventions are very affordable if you’re a student member; if not, the admission price might be considered a little steep, coupled with travel and accommodation if you don’t live in the area. However, the opportunity to learn, network, explore industry products and innovations, and be inspired can make it a very worthwhile expense.

This year’s NYC convention took place on two floors of the huge and well-equipped Javits Center and was co-located with the NAB show – very handy for those interested in both audio and broadcasting. The Exhibits part of the AES convention consisted of an enormous array of booths and rooms displaying audio industry-related products and services, everything from microphones and hardware to software, acoustics and communications systems, and much more. It’s a fantastic chance to see and hear gear up close, ask questions, form relationships with manufacturers and sellers, and learn about the latest innovations in audio.

One of my favourite parts of the convention was the Tech Program and Training. In several rooms at the side of the exhibition hall, in addition to a couple of stages in the hall itself, a huge number of seminars, panel discussions, and presentations took place covering all manner of topics: studio recording, live sound, music production, post-production, networked audio, spatial and VR audio, broadcast and streaming, game audio, product development and more. Via an app, you could read about each seminar and presenter, and plan which sessions you wanted to attend. It was such a great learning opportunity; my only complaint was that there were so many terrific sessions going on at the same time, and I wished I could be in three places at once!

This year the AES also introduced a new format of hands-on learning workshops, where participants could bring a laptop and headphones and have access to audio materials sent by the presenters beforehand. Some of these workshops were more successfully interactive and hands-on, while others were similar to a normal seminar, with the limited number of participants allowing for more interaction and questions. This is definitely a great format for learning, and hopefully, AES continues with it and encourages presenters to include exercises for attendees to work on during the workshops.

For student members, there was a series of valuable events and sessions such as the Education and Careers Fair, the Student Recording Competition, and the Recording Critiques session. Meanwhile in other lecture rooms throughout the day, research and technical papers on a diverse field of topics were presented. Additional events included networking spaces, keynote speeches, and a film screening. Attendees staying on in New York could sign up for a tech tour to various venues the day after the convention – I was able to attend a tour of the famous Power Station studio at BerkleeNYC, a terrific experience that included witnessing a 3D music video recording.

It’s important to mention that thanks to the hard work of the members of the Diversity & Inclusion Committee, AES is making great strides in diversifying the audio community and creating inclusive opportunities for all races, genders, physical abilities, ages, and nationalities. Here’s a Soundgirls article about the Diversity and Inclusion Guidelines for AES conventions and conferences. It’s great to see the attendees of conventions becoming more diverse each year!

A huge benefit of attending the AES convention is the opportunity to network and meet others both in your field of audio and in other fields. This is something extremely valuable in a career path that thrives on connections and relationships with colleagues and clients. With so many brilliant people from the industry in one space, it’s the perfect opportunity to go up and introduce yourself to presenters, educators, industry colleagues, and people whose work you admire. People are very approachable and really happy to talk and share advice and contacts.

In conclusion: yes, the AES convention is absolutely worth attending! There is so much learning to be had, inspiration to be soaked up, networking to be done, and innovation to be marveled at. Hopefully, the AES will be able to return to holding a longer 4-day event in the future. The enthusiastic atmosphere, positive sense of camaraderie, and veritable passion for audio at this year’s New York convention gave me a huge dose of inspiration and motivation to keep doing my best, and boosted my excitement and gratitude to be working in the amazing field that is audio! 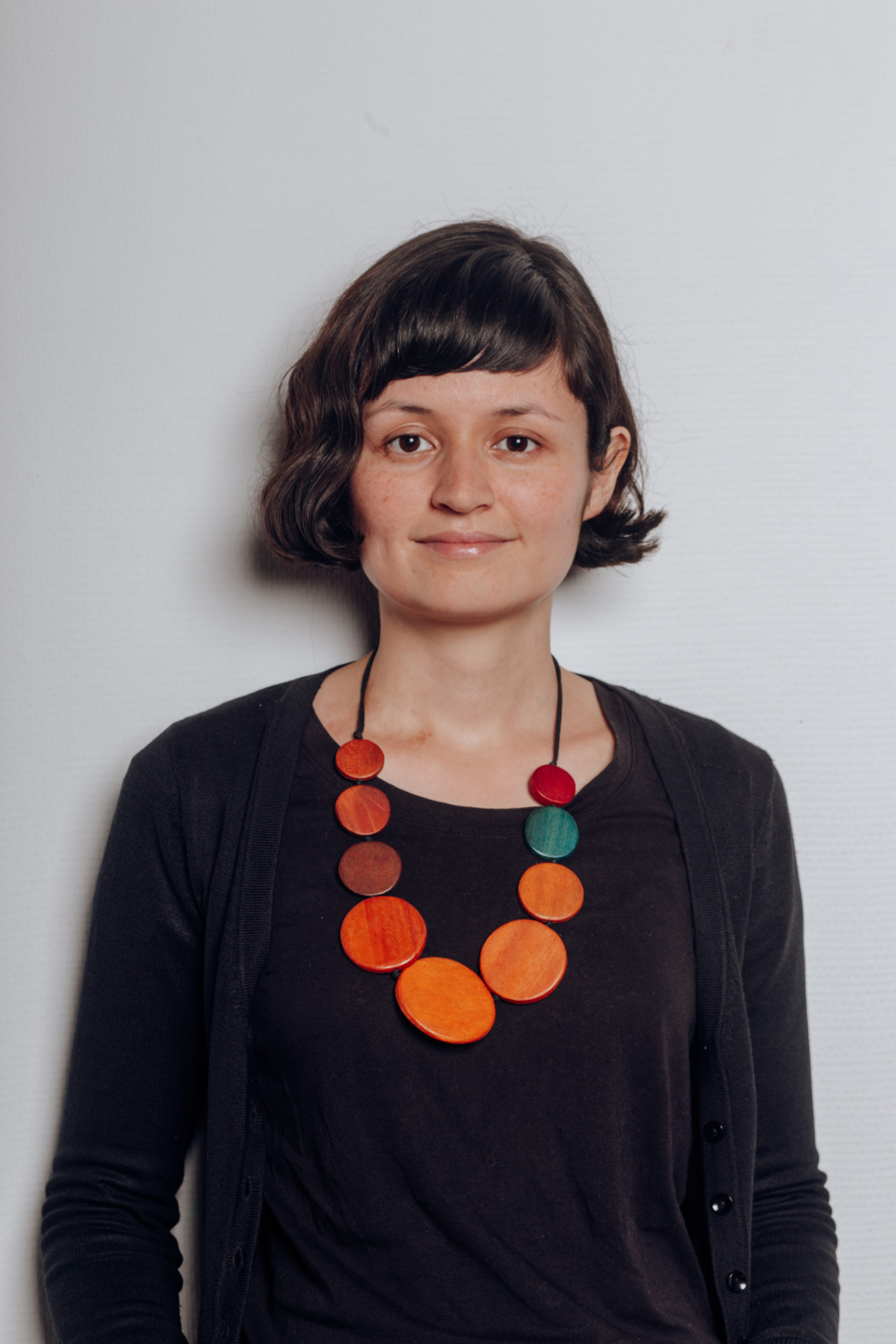 India Hooi is an Australian recording and mixing engineer and musician. She specializes in classical, acoustic, and multi-genre music production, and also has experience in audio for podcasts, audiobooks, and media. In 2022 India is thrilled to be undertaking the audio engineering fellowship at the New World Symphony in Miami Beach. She previously studied a degree in classical piano at the University of Adelaide and a Master in Tonmeister (music recording) at the Royal Danish Academy of Music. India is a singer and multi-instrumentalist with prog-rock band Psychic Equalizer and jazz duo Indigo; she’s also an experienced choral singer and loves learning instruments from around the world.

Read India Hooi's Blog
Follow India Hooi on
Browse All SoundGirls Contributors
X
We use cookies on our website to give you the most relevant experience by remembering your preferences and repeat visits. By clicking “Accept All”, you consent to the use of ALL the cookies. However, you may visit "Cookie Settings" to provide a controlled consent.
Cookie SettingsAccept All
Manage consent