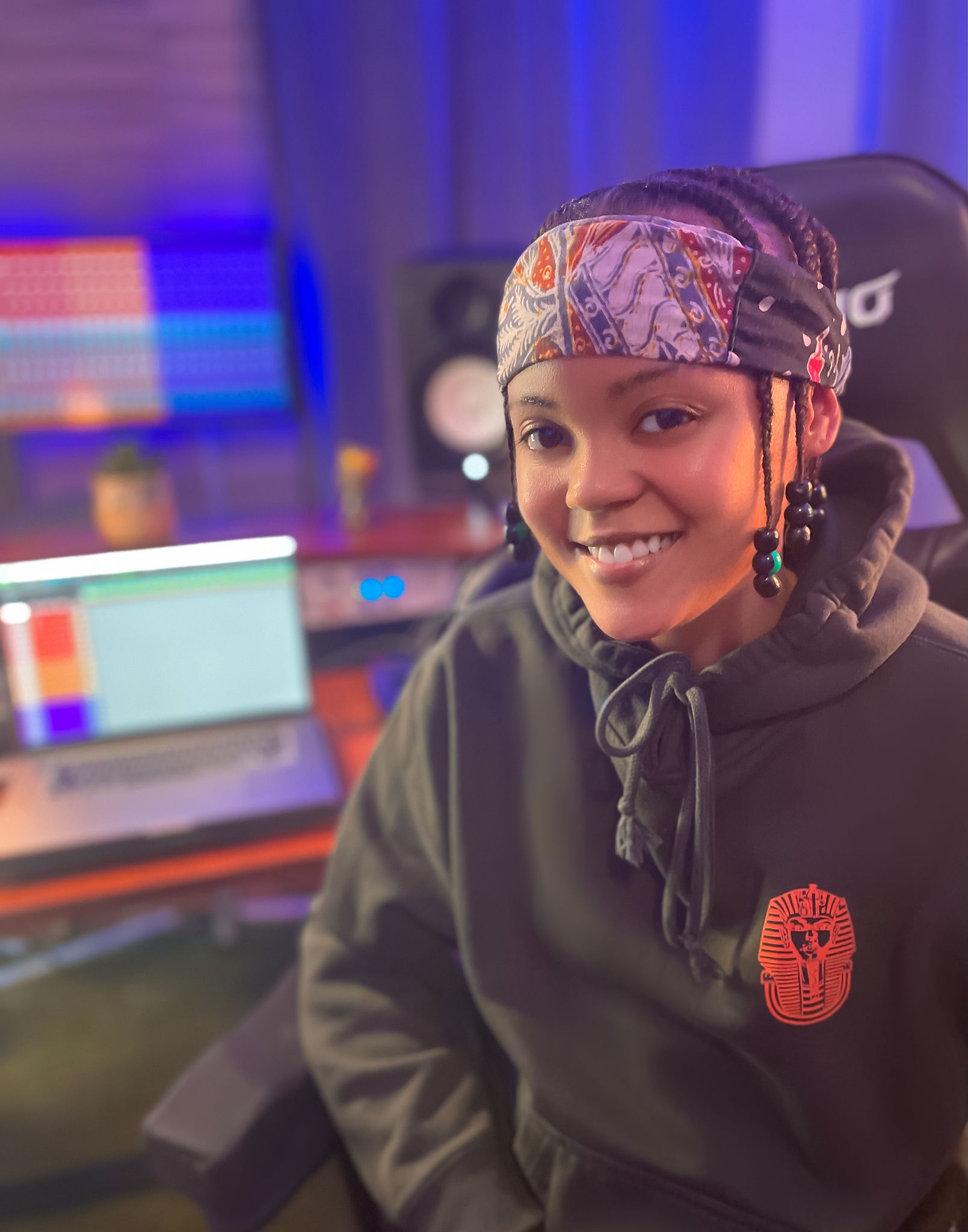 Kia Shavon is an audio engineer whose extensive resume includes tracks by Foxy Brown, A$AP Rocky, Lil Pump, the NBA and NFL, and hundreds of indie artists. Professionally, she goes by The Mix Artist. She obtained her Bachelor of Science in Music Engineering Technology from Hampton University, and now lives and mixes audio in NYC.

Kia has also become an outstanding educator, offering workshops virtually through Omni Sound Project as well as private lessons. It was in this capacity that I first encountered Kia and felt compelled to reach out with some interview questions.

You are known as The Mix Artist. Tell us about how you approach mixing as an art.

Remembering that my job is to bring you into the artists’ world — into the moment they’re sharing with you — is the first step for me. I have to understand what they want to express and know how to accurately convey that message to the listener. We’re actually painting pictures when we mix these records — mental images you may see better with your eyes closed, but pictures nonetheless.

I’m starting with the “clean up” — removing unwanted sounds with cuts, fades, subtractive eq,  de-essers, etc…, chiseling away at the mud and whatever else is clouding the beauty of the image I want to expose. I’m using additive EQ, compression, and saturation to bring out the details. Also using leveling, reverb, delays, and more EQ to create depth – every part of this composition is important, but I need to show what’s in the foreground at this moment and what’s supporting.

I’m not just monitoring LUFS and inputting outputs all day. Knowing the bulk of my job is dealing with emotions and the creative expression of such is key. Getting too technical actually hinders the process. For example, maybe your vocals need to be a little buried in the beat for this particular track. Perhaps it’s a song about being lost or consumed and that’s fitting.  Sometimes I have to just do what the song is telling me to do without thinking about what’s standard or what I may have been taught in school.

You hosted an intro course on immersive audio on October 8th. What first got you excited about this technology?

I first paid attention to it when I watched my first film in Atmos in around 2014. I was blown away and didn’t want to experience films any other way afterward. Keep in mind, that was film sound whereas I mostly work on music so I couldn’t hop right in.

Shortly after, I noticed the rapidly increasing developments being made in the visual world with the rise of VR and knew there would be a need to understand immersive audio outside of just gaming and film. We’d been listening to stereo since the ’30s, which is wild! We were long overdue for an upgrade.

I dabbled with spatial processing using plugins like dearVRpro and Fiedler Audio Stage but didn’t go all the way in until I discovered Dolby Atmos Music — a game changer for me. The whole purpose of sound reproduction from the beginning was to recreate what we actually hear and in my opinion, Atmos Music is the closest we’ve come to that. Combine that with the ability to recreate this in headphones so just about everyone can experience it *chef’s kiss*.

Whose career do you find most inspiring? Do you try to emulate them in any way?

It’s really difficult to choose a single person whose career I find to be the most inspiring — there are soooo many. I tend to draw the most inspiration from anyone challenging the status quo simply by being themselves unapologetically and living life in their purpose on their terms. I’m always here for that. I don’t believe I can emulate or imitate something that isn’t already within me. How they came to be whoever they are as a part of their process and their methods may not necessarily work for me. Instead, I see them as an encouragement to recognize that indomitable spirit within myself and to stay on my path, respecting my own process.

Tell us about an experience with an artist that pushed you to expand your skill set.

Y’all are going to get really tired of me not answering these questions directly. Haha. I’m pushed almost every time an artist gives me any feedback on a mix other than “this is  perfect.” Haha.

But, an artist named Shaaye, is one in particular who helped me to get out of my comfort zone as an engineer and break rules a bit. When I started working with him, I would say 90% of my clients were hip-hop artists so it was easy for me to get stuck in a pattern of doing things.  Earlier in my career, I would take more risks, effects-wise, but quickly realized that’s not what was wanted from most artists so I learned to keep it simple. For the most part, they tend to want the same things from their mix.

Shaaye is a somewhat mellow singer/rapper and he brought the creativity back out and then some. He loves playing around with space, whether it’s through reverbs or delays or whatever.  He’ll also ask for a different “effect” on almost every track, which keeps me on my toes.  Sometimes he’d have certain ideas and my initial reaction (in my head) would be, “there’s no way that’ll work,” but lo and behold, it’ll work. He gave me the freedom to experiment and “just  try things.”

If you could mix a track for any artist in history, who would it be and why?

… I don’t know why I’m such a glutton for punishment, but the first person who comes to mind right now is Kanye West. I just know I would learn so much from that experience. Despite whatever else comes with him, he’s a creative genius who knows what he wants. If you’re working with him, you need to be at the top of your game and you need to know how to surrender to how you think things should go and instead deliver what it is that’s being asked of you. It would not be a comfortable experience at all, but I feel that’s where most of my growth comes from. That would be a lesson in flow for me. I think it’s important to be able to get out of your own way when mixing, as well as in life in general, and just allow things to be without overthinking. Things go so much smoother that way.

What piece of advice have you received, good or bad, that you still think about today?  “Things turn out best for those who make the best of the way things turn out.”

I don’t know who originally said it, but a faculty member at my school, Hampton University,  used to say this all the time and I would hear students constantly repeating it. It didn’t mean anything to me at first, but after I lived life a little, I realized its application.

Understanding and living by that single sentence is a life-changer. It’s all about going with/ accepting the flow and not thinking that you know how things should turn out or even that there is one specific way something needs to happen. There isn’t.

Two people can be in identical situations, but one chooses to see the beauty or lesson in it and uses it to their advantage while the other chooses to turn it into a problem they need to fight against. The situation is a positive one for the first person because they chose to view it that way while the second person is in a funk because things didn’t go their way. They literally

created their own realities — their own experiences. We do that every moment. Life is so much more freeing when you know that you have that type of control over it, at least for me.

What do you hope to learn more about in the coming year?

Oh wow, how much space do we have on this page? Haha. I’ll contain myself. I am so intrigued by immersive audio. I definitely want to learn all there is to know about it, not only by reading about it, but by working on some really creative projects and pushing limits.

I also want to learn how to become a better teacher. I’ve learned quite a bit over the decades and have about 15 years of experience as an audio engineer so I’d love to feel confident enough to share what I’ve learned with whoever I can help or inspire. 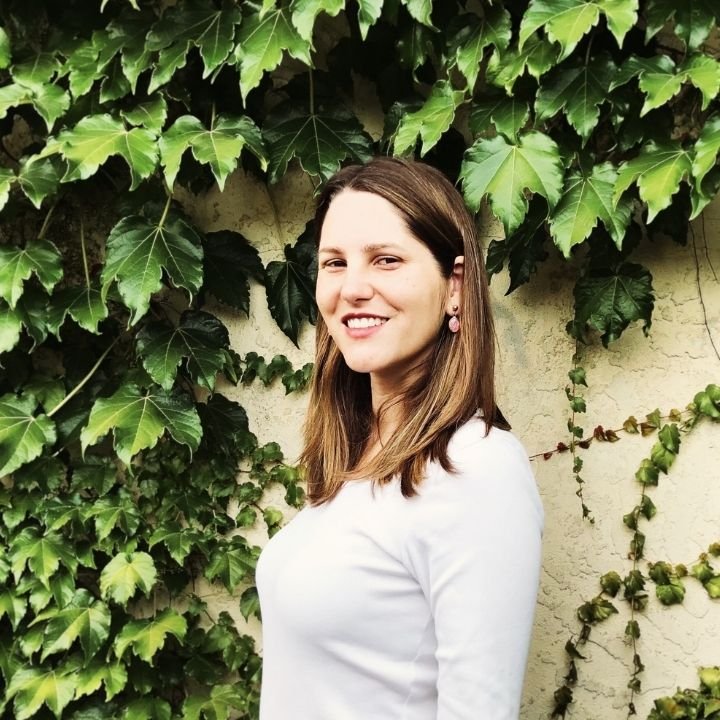 Meredith Hobbs Coons (@mere.lambsear) is a writer, musician, podcaster, and speech therapist. Her once-weekly Instagram Live called Single Song Shows began in May of 2020 as a musical means of maintaining connection. Her writing has appeared in North of the Internet, Coyote + Oak, Talkhouse, and Shenandoah. She co-hosts the fan podcast Wilco Will Love You (WWLY) and records music on her own as Lamb’s Ear, with Trinidad Escobar as blue ghosts. 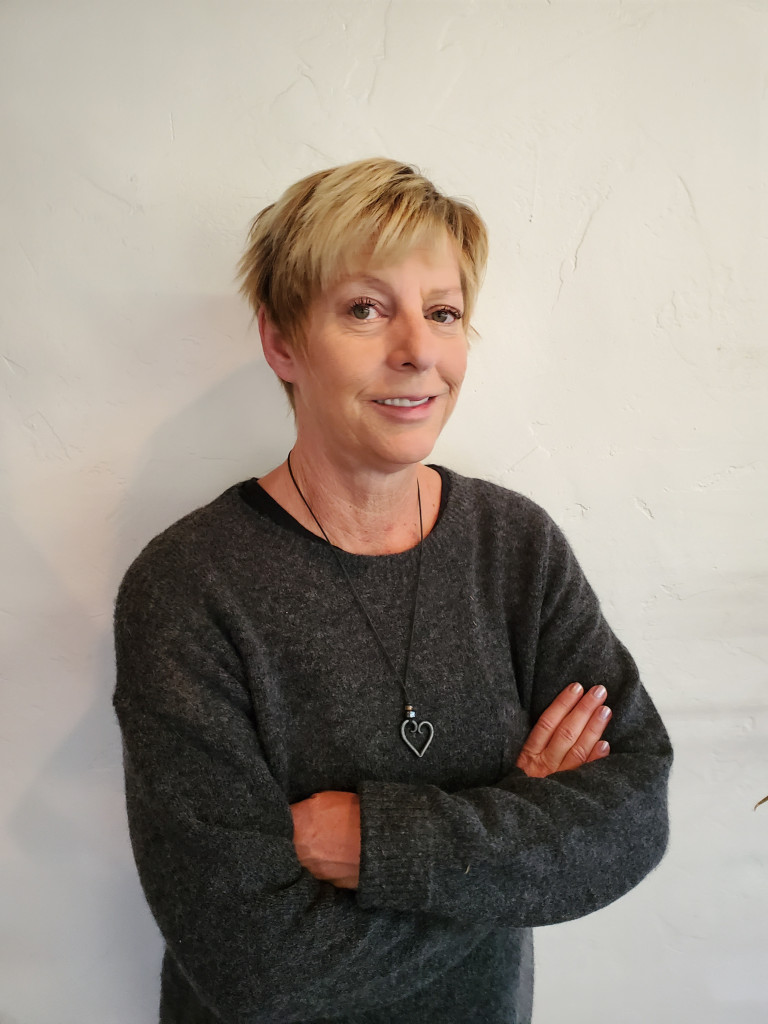 Beginning her career in live sound at the age of 18, Karrie Keyes has been the monitor engineer for Pearl Jam and Eddie Vedder for 27 years. She’s also spent 10 years 1990-2000 as monitor engineer for Red Hot Chili Peppers and has mixed a very diverse list of additional artists.
Read the Full Profile 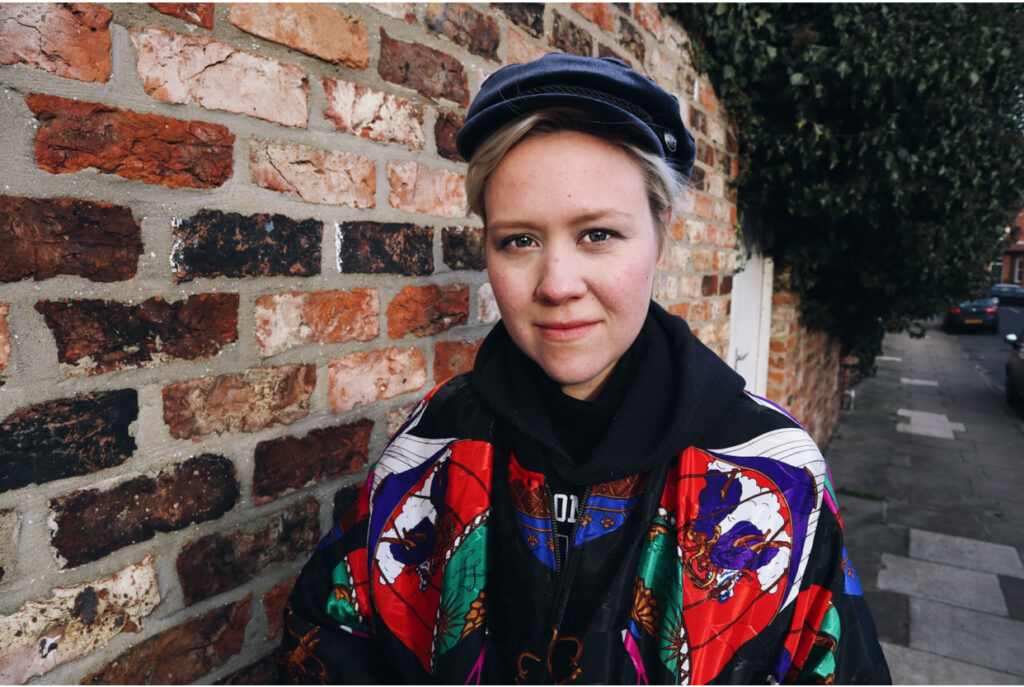 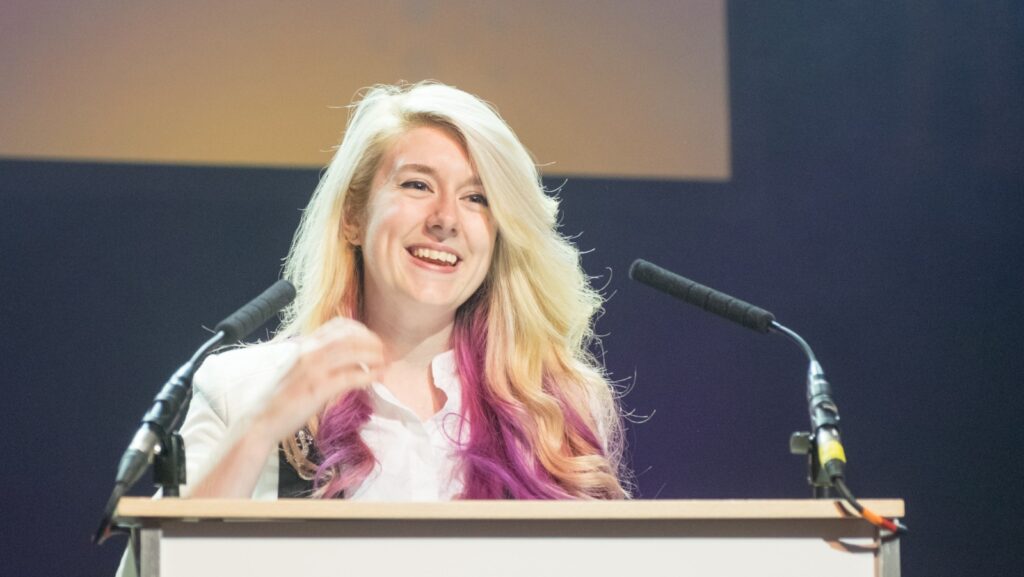 Lauren Deakin Davies has worked for six years as an independent record producer and engineer. She recently worked for SoundLab Studios for a few months before starting work as a production assistant to Gary Barlow in London.
Read the Full Profile
X
We use cookies on our website to give you the most relevant experience by remembering your preferences and repeat visits. By clicking “Accept All”, you consent to the use of ALL the cookies. However, you may visit "Cookie Settings" to provide a controlled consent.
Cookie SettingsAccept All
Manage consent