Getting Your Head In The Game – The Pre-Show Routine 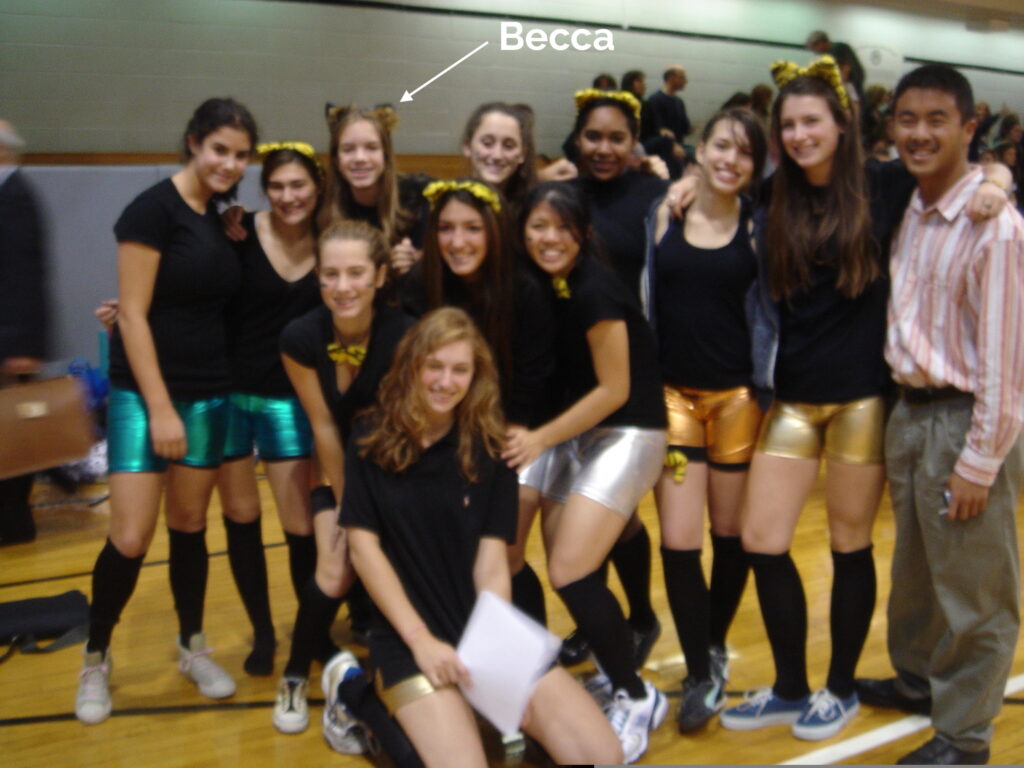 Have you ever watched athletes arrive at an arena hours before the game begins? Or read an entire article that is just about how an actor gets into character for a film shoot? Do you know someone who has a weird superstitious ritual that they do before giving a presentation, or taking an exam, or even just before leaving the house?

These scenarios are alike because they show us that preparation is key.

For me, there’s a lot to be said for activities that help you get into a good mindset. Whether they be physical or mental, something about having a ritual for getting ready is both comforting and helpful. You would never expect a ballet dancer to perform “Swan Lake” without warming up first! The same principle applies to mixing a musical. For some shows, it can be a highly intellectual and involved activity, and the more you can put your “game face” on, the better.

When I got my first job mixing in New York, my designer and mentor came up to me one 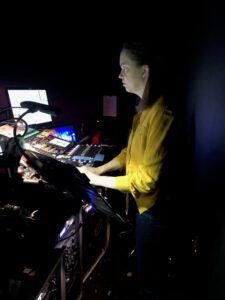 Me with my aforementioned “game face”

day during preview performances and asked me if there was something I needed to do pre-show that I wasn’t getting time to do. He could tell that I was nervous before each show, and while some nerves can be a good thing, in my case being anxious was getting in the way of my performance. I was rushing into the show (which opened with two back-to-back ensemble numbers, no small feat to mix!) and he could tell. That observation got me thinking back to other times in my life that I’ve needed to do something extra to prepare myself and get in the right mindset, which led me back to my time in high school sports.

I played varsity volleyball for three years. I spent most of my time on the bench or filling in as line judge, but I loved being on a team, and I loved having a bond with this group of women that extended past the field. Activities like themed dress-ups on game days, stretching together for warmups, or having different cheers for aces, spikes, and blocks helped enrich the experience of a bunch of teenagers playing a sport. So, naturally, to mentally and physically prepare myself to mix, I took inspiration from them and developed the following pre-show routine. It’s a little bit athletic, a little bit mental, a little bit ridiculous, and totally essential to helping me do my best work.

90+ Minutes to curtain: Put the day behind you!

This is typically when the crew is called to set up for the performance (per union rules, the actors and musicians are required to be there 30 minutes pre-show, though many come much earlier). When I get to the theater (I always try to arrive early), I think of it as the start of my shift, even though it’s 6:30 pm. I go through the regular motions of show call: check-in with other departments, boot up the system if my A2 has not done so, see if any understudies or band subs are on. I also check in with my “work wife” aka our lovely house manager Nina, who lets me know what to expect from the audience (are there groups, is it large or small, etc). I know not everyone likes to know that info pre-show, but for me, it helps to know what kind of crowd I will be working with that night. 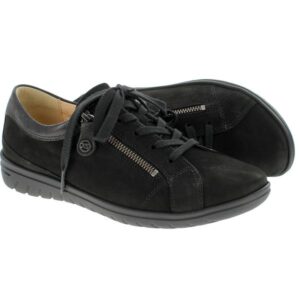 Often, I will have notes to complete from the day before or adjustments I need to make before the house opens for patrons. I always do these as soon as I can after checking the system (I’ll detail that process in a later blog post). I also bring dinner or a snack to eat around this time so that I get a boost of energy right around 8:00 when the show starts. At “Rock of Ages” (the show I was working on immediately before Covid) our theater is in a basement, so often I will throw on a lot of zipper and Velcro layers to keep myself warm. Clothing that is easy to put on/take off is essential in case I need to shed a layer mid-show. My personal favorites: a hood-less sweatshirt, fingerless gloves, and athletic “snap” pants. That way you can take them off without needing to mess with your shoes! Speaking of shoes, I also change into my “mixing slippers.” Yes, I have separate special arch support shoes that I only use for mixing and never wear outdoors. I also have an awesome impact mat that I stand on while mixing, because I have a tendency to dance a lot and it helps protect my ankles and knees, which are a little worse for wear after those three years of jump spikes in volleyball.

30 Minutes to curtain: Get in The Zone

In theater we call this “Half-Hour,” and it is usually when the “House” opens for patrons (think “doors” in the concert world). I run the pre-show music once stage management gives me the OK, then head backstage. Things are pretty crowded, but I have managed to stake out a spot by my A2’s station that is usually unoccupied, and this is where I stretch. I have it timed out so that instead of needing to check my watch constantly, I can get a rough sense of how long I have by which song is playing (our pre-show song order is fixed). Plus, stage management gives calls at 15 minutes and 5 minutes to keep us all on track. Since the pandemic hit, I’ve become an avid practicer of yoga and meditation, so I’m eager to see how I might incorporate that in once I’m back.

I hope this isn’t gross, but always always always go to the bathroom before the show! There is no worse feeling than being halfway through act one and needing to pee. Plus, this way my hands are freshly washed before I head to the console.

Once I’m at Front of House, I check in with my A2. I won’t be able to hear the “Places” call once I’m in the audience, so he always radios me to let me know it’s been called, and we wish each other a good show.

I then do a final exercise I call “calibrating” my fingers. Basically, I run up and down my faders hitting a series of marks as closely as I can with all eight of my mixing digits. First, I throw to -10, then if I’m “off” I do it again. “Rock of Ages” is a “hot” show level-wise, so after that, I do +5s and -5s on each finger a few times. Last, I do 2 or 3 fingers at once and try to hit the same level on all of them each time for ensemble pickups. Check out the video below for a demo!

The very last thing I do before the show starts is a tiny mindfulness exercise that I learned from a friend in eighth grade. I once confided in him that I was having trouble focusing on tests because of everyone around me, and he said, “try putting yourself in a white box.” So, I close my eyes, take a few deep breaths, and try to really embrace the “here” and “now” of my world. All I need is the console and stage in front of me, and I do my best to wall off everything else (patrons, ushers, cell phones, noisy candy wrappers, etc).

On days when my timing is good, I’ll open my eyes, and my cue light will be on. This means stage management is signaling to make sure I’m ready to start. Once they turn the light off, that’s my cue to run the pre-show announcement, and we’re off!

It’s taken me about a year to fine-tune this routine, but it has been well worth the effort, and it really works for me. If you have a fun pre-show routine you love, I want to hear about it! Or if you don’t, maybe this post inspires you to develop your own. And who knows? Maybe someday we mixers will get articles written about us too