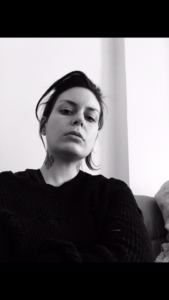 Alice Wilder is a Front Of House engineer based out of New York City. She currently works for M.I.A., Wolf Parade, and Austra, and has done FOH for Foxygen, Divine Fits, Tinashe, The Drums and Diana amongst others, as well as monitors for Third Eye Blind. When she is not on the road, she can be found mixing records in her home studio or working as FOH at the Music Hall of Williamsburg.

Alice grew up in Muncy, Pennsylvania, where she developed a passion for music in high school.  She went to college to study accounting, but after three years in the program realized she couldn’t see herself working in that field. She dropped out in 2006 and moved across the country to Seattle.

Once on the west coast, she started playing guitar in local bands. Alice realized she didn’t particularly enjoy being on stage and decided to focus on finding a way to be involved in the behind the scenes of the music industry. She started interning as a sound engineer in local live sound venues. It didn’t take long for her to get hired on as a monitor engineer at Neumos. Around that time, she had also started working at The Comet Tavern, a barebones, 16-channel analog board small venue where she refined her signal flow skills: “I would go in early, and see how everything worked. I couldn’t see (the signal flow) at Neumos, but at The Comet, I could see how the cables went out into amps and then into monitors, really understand the routing.” 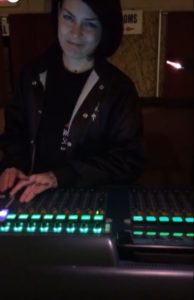 Alice is a self-taught engineer and credits her interning and first gigs in Seattle with showing her the ropes of being a sound technician. She learns best through trial and error and mentions she follows her gut when mixing.

In 2009, she went on her first tour as FOH in Europe for Seattle band Grand Archives.  “I don’t think they wanted to bring me; I think I actually had to persuade them to bring me. My ex-girlfriend was opening for them, and I was in her band, and that was kind of the transition for me: I was opening for (Grand Archives), and then I would go and do sound, and I preferred doing sound. I think that was a determining year for me – I realized I did not want to be on stage anymore, get me off of here, I can’t wait to do sound!”

She worked at Neumos until 2011, when she started touring extensively with Toronto dance-electronic band Austra.  She met the band after working with them at Seattle’s block party, in 2011, and they were so impressed with her skills that they brought her on as their touring FOH. She has since found more clients, by networking at festivals after receiving compliments on her mixes or being referred to other bands through some of her current employer’s management. Her main touring gigs in 2017 are M.I.A. and Wolf Parade.

Alice’s favourite parts of touring are: “seeing/exploring places I wouldn’t normally think to go to or spend money on going to.  Meeting people from different parts of the world and experiencing the food they eat with them is fun.  This is about all the time you have on tour.”  Her least favourite parts of touring are not having enough time to visit a new town or place, not getting enough sleep and shared hotel rooms. On an off day, you’ll find her visiting local cemeteries: “I like to try to do non-touristy type things, as most people do now I think.  My favourite thing to do is visit graveyards.  I know it sounds dark, but really it’s just nice to get the peace and quiet whenever possible on tour, “smell the roses,” if you will.  The Père Lachaise cemetery in Paris is wonderful.” 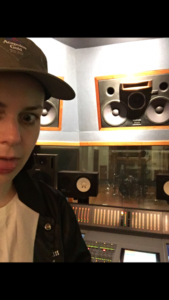 When she’s not on the road, Alice has gotten into studio mixing. Although she is currently most comfortable in the live sound world, she is working on her engineering skills whenever possible: “anytime I have a day off, I’m on YouTube watching tutorials or buying plugins, or speakers or gear. I’m just trying to learn as much as possible.” She mixed Austra’s latest album, Future Politics, and is currently mixing projects for Petra Glynt and Caveboy.

In live sound, Alice’s favourite pieces of gear are outboard delay units and the Waves C6 multi-band compressor. In the studio, she currently likes Slate plugins and their monthly subscription service, which gives you access to all their products for a flat fee. She describes their plugins as very transparent and is a fan of using their EQ’s and compressors on busses when mixing in her studio.

Regarding her long-term mixing goals, she would love to one-day mix FOH for Beyoncé or Lady Gaga. She has a soft spot for working for female artists and loves helping or assisting women with elevating their music career in a male-dominated industry. She would also love to be on a tour with bigger production, where she would have her choice of mixing consoles & PA. Her long-term studio goals are to get into producing and to mix more records.

When asked about her must-have audio engineering skills, Alice states that knowing signal flow and having a good ear are crucial: “ultimately, you have to have a good ear and know how to mix if you want to have this job. You can’t just go in and start assigning compressors and slam everything. Knowing when to be dynamic, knowing what the band wants to sound like, and knowing how to translate that for them to the audience.” 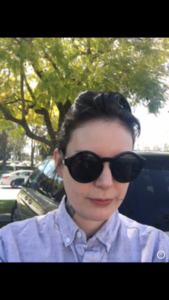 The biggest barriers she has faced while touring have been “speedy line checks, communication problems and bitter house engineers,” which she has dealt with by “being a composed professional and making stuff happen however I can.” She also recalls this story: “one time, in New Orleans, the sound guy didn’t show up to work, and so the bartender pointed at a closet where he thought all the audio stuff was.  I ended up setting up the entire sound system, including the desk and wired everything together.  That was fun.  Luckily it was on one of my very first tours, so I had the drive to pull it all together. I’ve definitely had to deal with a ton of “mansplaining” too of course.  I take those instances with a grain of salt now and just rise above the silliness. Getting angry only makes you more exhausted and doesn’t help the situation.  I’ve learned how to have fun with it now, but it certainly wasn’t in the beginning.

She offers this advice to young women looking to enter the field: “there are a lot of ups and downs and bumps in the road, but if you stick with it, it’s a very fun career choice. More and more women are entering the scene, so the condescending/belittling attitudes are diminishing, and equality is happening. We need women in this field.  We need the balance, the talent, and the brains.  It’s an awesome job!”

You can find more information about Alice and her current mixing projects on her website alicewildersound.com 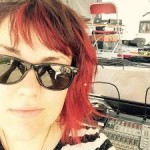 Maxx is a freelance sound engineer based in Toronto, Canada. She currently works as FOH tech for The Rural Alberta Advantage and Operator, amongst others. When she is not on the road, she can be found working at local venue The Mod Club, teaching intro to sound classes for women and drinking too much coffee.