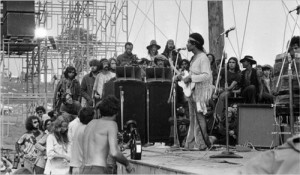 Woodstock is the iconic music festival that continues to influence the music industry today. Woodstock brought over 350,000 rock n roll fans to a six-acre farm in Bethel, New York to celebrate three days of peace and music. Woodstock inspired countless attendees to pursue careers in the music industry, one of them was young woman by the name of Karen Kane. Woodstock would inspire and put her on a journey that would start by learning to play music and wind up forty years later as a well respected audio engineer with countless awards to her name, owning a professional studio, and teaching the next generation of audio engineers.

One of Karen’s earliest jobs was managing 6 West Recording, a New York jingle house. Even though she was working in a studio, Karen says she still did not think about a career as an engineer. Karen explains “When I worked at 6 West Recording, there was an unspoken rule that women did not touch the equipment”. Thankfully, there were a few engineers that took Karen under their wings and trained her and most importantly taught her that she could be a recording engineer regardless of her gender. 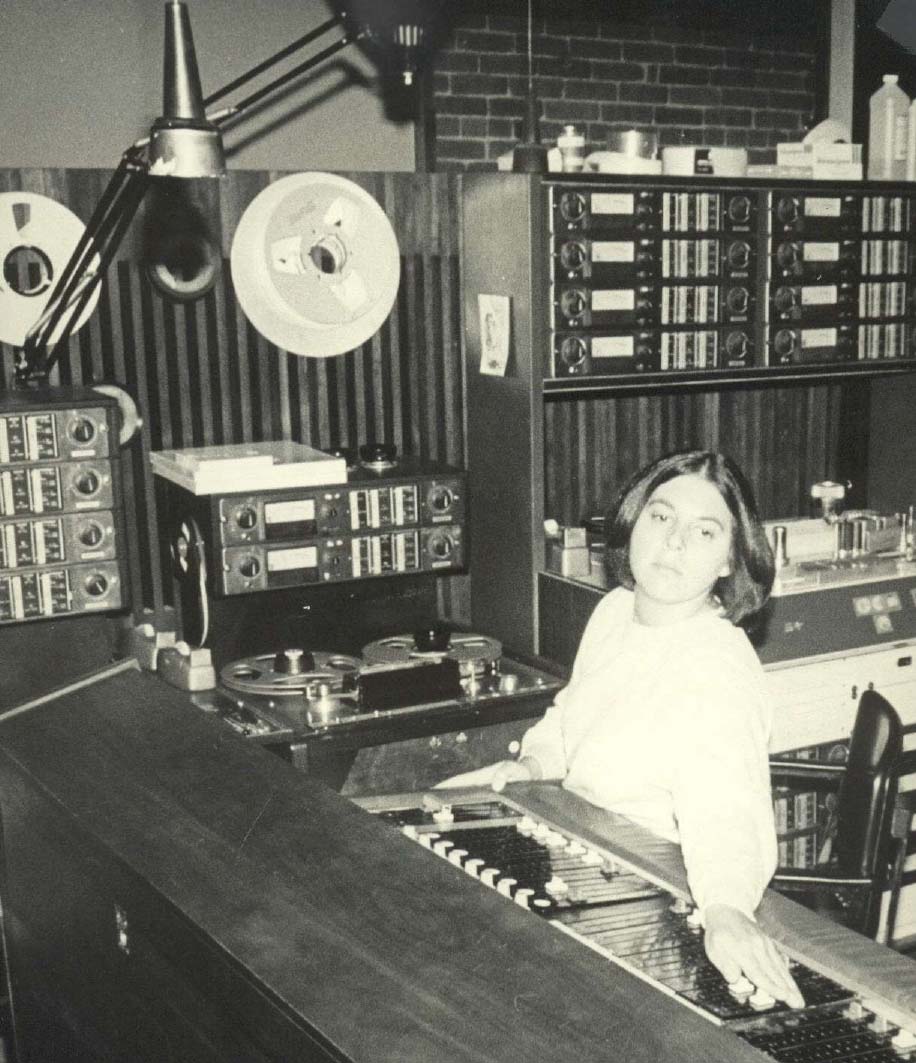 Karen would move to Boston and enroll in Berklee College of Music, where she studied guitar and bass performance. She then landed a job at Intermedia Sound in Boston, starting as an assistant studio manager but soon after starting work there; she received two diplomas from the Recording Institute of America. (The first audio classes in the U.S. were held at Intermedia). She learned the basics of audio, as it applied to analog recording in a studio environment While there, Karen would pull all-nighters with one of the engineers, learning everything she could, including how to ride a motorcycle. Eventually, Karen would become one of the studio’s engineers.

Once in a blue moon being a woman does work in our favor, although I admit very rarely. For Karen it was beneficial as she explains “I hooked up with a community of musicians who were “folky/leftists” and when they wanted to record their songs, they wanted to use a woman because it was a male-dominated occupation and they wanted to make a statement by using a female. So even though I was a beginner and not very good yet, I got the job because I WAS a female. I ended up making albums with them for the next 12 years and got better and better”. Karen learned everything hands-on, after graduating from RIA. Karen credits Barry Ober, R. Berred Ouellette, and Bob Stoughton as being her early mentors at Intermedia. 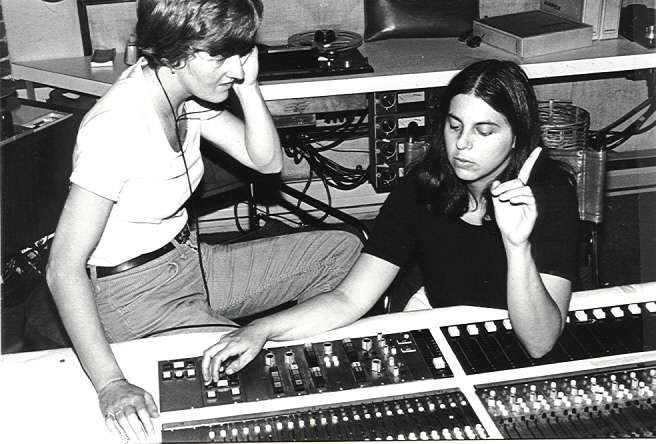 Through the years Karen spent in Boston she continued to work as an independent recording engineer, music producer, and live sound engineer. You can check out all her recording and live sound credits on her website mixmama.com.

One of Karen’s favorite live gigs was the Michigan Womyn’s Music Festival, where she was the live sound engineer for the acoustic stage for 19 years (she retired in 2010). The Michigan Womyn’s Festival often called the Womyn’s Woodstock is an international feminist music festival. It started in 1976 and is put on every year in August with attendance ranging from 3,000 to 10,000.

The event is unique in that only women who were assigned female at birth are welcome to attend. Women build all of the stages, run the lighting and sound systems, provide electrician, security, and medical services. They facilitate workshops covering various topics of interest to the attendees. Hundreds of women spend upwards of a month out on the land building the festival from the ground up because every year the festival is torn down, leaving the land as close to how it was found as possible. You can read more about this unique festival here Michigan Womyn’s Festival

Love brought Karen to Toronto where she continued to work as an independent engineer/ producer. During her time in Toronto, she developed courses in Audio Engineering for the Learning Annex and Centennial College. She also was hired to teach at Toronto’s Harris Institute for the Arts which Karen says “was a big highlight in my life, getting to teach at such a great school.” “I learned how to be a teacher at Harris. I realized I was good at it and the students really liked me. I spent four years teaching there”. 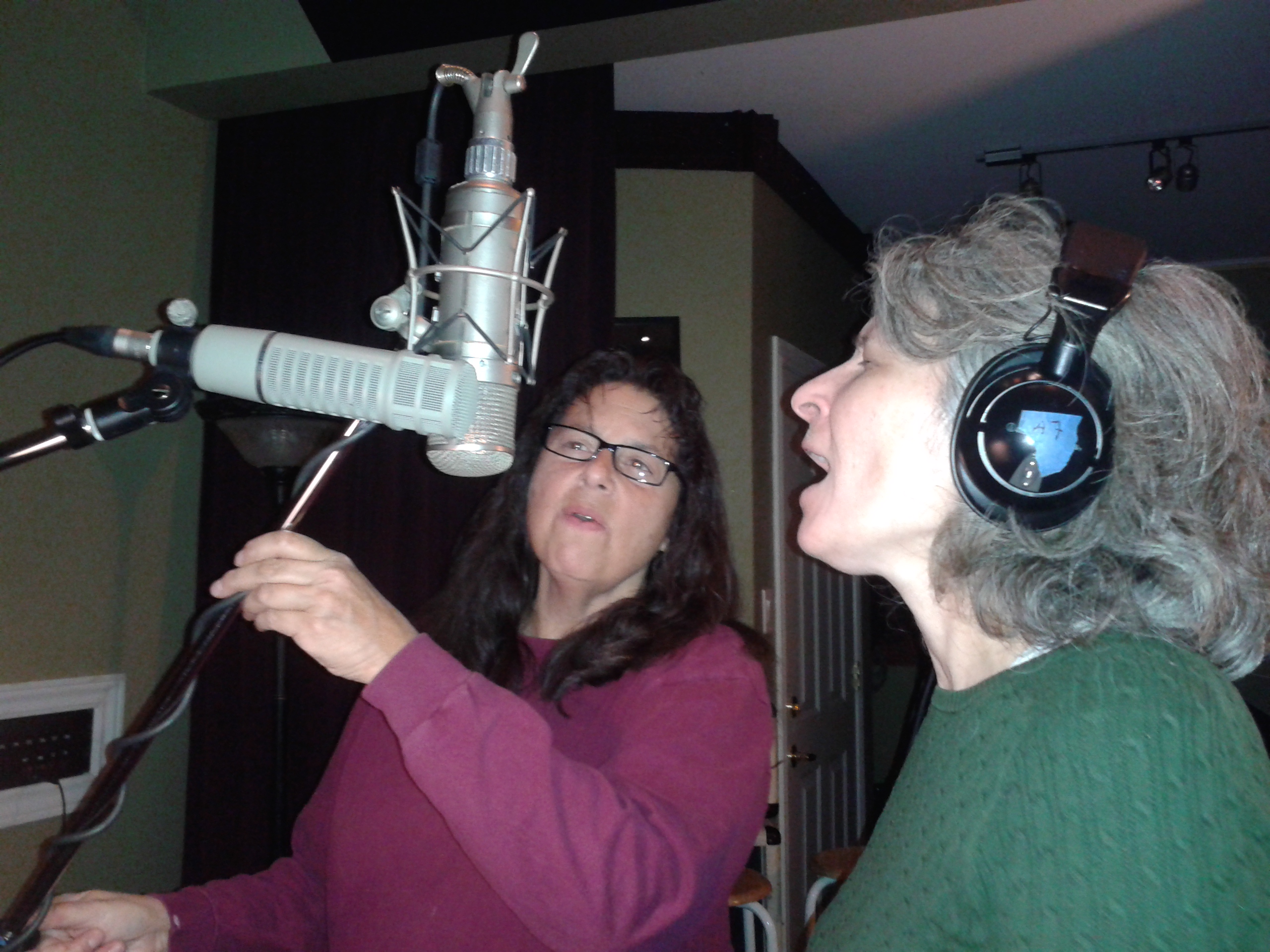 Desire for a warmer climate would bring Karen to Wilmington, North Carolina, where she is now based. In Wilmington, she owns her own professional home recording/mixing studio. She also runs her own audio courses, which take place in the Fall, Winter, and Spring. There are five courses offered, including, Intro to Audio Engineering, Learning Pro Tools, and the “hands-on” only Advanced Course. You can check out her courses here mixmama.com.

In addition to her independent recording work and audio courses, she joined the faculty at the University of North Carolina Wilmington as the instructor for the Recording Technology program there. Karen says the University job is “one of the best things to EVER happen to me.”) Getting to teach Audio Engineering and Pro Tools in a University setting is my dream part-time job! I plan on it being my retirement job!” 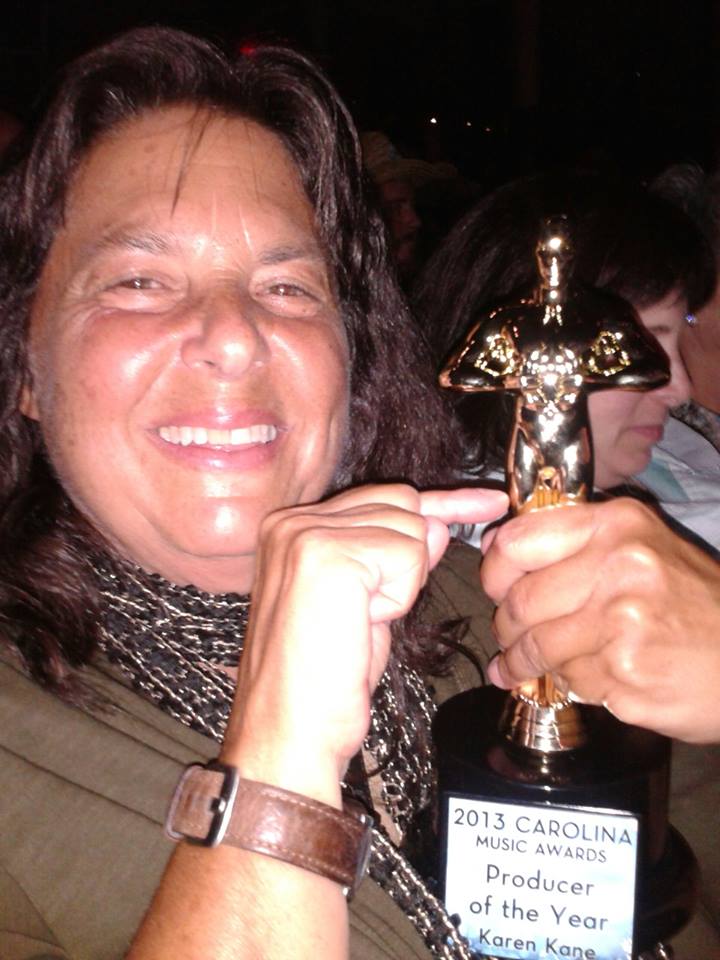 I never had any trouble in how I was perceived as a woman in a live sound position. I THINK mostly because I was not doing big shows with mainstream artists.

At the time in Boston, there were not a lot of engineers studio or live. Because of that, I was able to hook up with a few rock bands and started doing local/regional gigs with them. Later, I went on several U.S. tours (on a converted school bus) with a political folk band named Bright Morning Star. That started in 1980, and I did gigs with them for several years. I also did a lot of local acoustic shows with other singer/songwriters.

On the Evolution of Gear:

The studio gear today blows my mind compared to the studio gear in the 70’s and 80’s. There are things I can do today that I NEVER DREAMED possible. I do miss, some things about analog recording (especially the smell of 2″ tape) and the simplicity of it all compared with today’s gear. I cannot speak to live sound, but I can say that as I am learning how to use live digital boards, I love some of the features like calling up monitor mixes and FOH mixes (as many times I do both).

Advice to Women Starting Out

Learn to play a musical instrument…for fun or seriously. It helps with audio engineering in many ways.

If you are interested in studio work, TRY to get an internship at a local studio.

If you are interested in live sound, go to as many live shows as you can…stand by the soundboard and watch and listen to what the engineer is doing. This will start to train your ears.and by the way; ANYONE can learn to use equipment, what separates the good from the great are your EARS!

You can also begin training your ears by analyzing recordings…. on a good pair of speakers, describe the tone of each instrument, describe what you hear more in the left speaker or in the right speaker, describe the overall balance of the instruments and then the instruments with the vocals. It’s a good way to get you to listen more intensely.