I have spent over seven years working in-house at nearly every major festival in the UK, and plenty of the smaller ones. Festivals can be some of the most rewarding shows to do, but they come with their own set of challenges. I hope this guide helps you to have a good show. 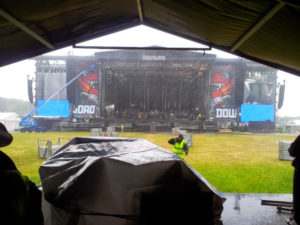 Step one: Be prepared. You should always have a clear, up-to-date stage plot and channel list (make sure any colour-coding works in black and white. They won’t get printed in colour). Send them, and a show file for the in-house desk if you have one, to the festival in plenty of time. I’m talking weeks, if not months. It’s no good sending your advance in on Friday morning when the gear left the warehouse on Tuesday. Try your best to keep your information accurate for that particular show, too. A lot of festivals will be run on “festival patch”: every band shares channels for similar instruments (e.g., kick drum inside mic is 1, guitars all go in channels 13-16, brass in 25-30, etc.), which means someone will have been tasked with going through everyone’s advances to figure out how to fit everyone in (another reason to send it in early!). If you turn up and tell them you were only touring the 37-piece children’s choir for your headline shows you will have caused a lot of hassle for nothing. It isn’t usually a big problem to add an acoustic guitar, but inviting the mariachi band you made friends at the campsite last night to join you for a few songs might not be possible. Even if the stage is running “1 to 1” (every band is patched according to their channel list), the more accurate your information, the more the stage team will be able to help you in advance.

Step two: Be prepared. Check what the weather is meant to be like, then bring layers and waterproof clothes anyway. Figure out how many socks you’ll need for the duration and pack twice as many. You won’t always have access to running water. A lot of festivals provide alcohol gel instead of taps, and they might not get refilled regularly. Bring your own sanitiser, wet wipes, toilet paper and diarrhea medication. If you have a uterus, bring sanitary products that don’t involve… well, you know. Pack plenty of drinking water and snacks; even though you’re with an artist, you might not be given more than one meal for the time you’re there. If you have any dietary requirements, make that evident as soon as possible and have a contingency plan in case the message doesn’t reach the caterers/runners.

Step three: On the day. Be prepared. Set off as early as possible. Traffic can be absolutely awful getting into a festival. Leave literally hours earlier than you would normally. Make sure you know which gate you need to head to, which may not be signposted. Allow for a long wait to get your passes at the gate. Bands have missed their set because they only got to the site for the time they were meant to be setting up. Being five minutes’ walk away from the stage is by no means the same as being five minutes from the stage!

When you get through security, head straight over and talk to the in-house team. Don’t be surprised if they don’t have your up-to-date spec, even if you sent it ages ago (but thanks for trying)! There are so many different layers of organisation and management involved with a festival; information sometimes falls through the cracks despite people’s best intentions. Keep a few printed copies with you, and have your show file on at least two USB sticks. I guarantee you, you will leave one in a desk somewhere and not notice until the next day, and you might be in a different country by then.

Check with the stage manager whether there’s space to unload and set up your gear. The earlier you get ready, the more time you’ll have to line check and fix any problems. It’s tempting to reward yourself with a few beers in the dressing room after the painful journey onto the site, but that might delay the running of the stage, and you’re risking wasting precious set time fault-finding. Get everything ready and check when your line check slot is (either just before your set or often during the changeover before yours if they’re using a rolling riser and double desk system). If you haven’t used the in-house desk before, you can ask whether there’s any time to play with it before your set. If they’re running two desks at each end, you should have at least the set before yours to get used to the layout. If not, it’s no big deal, because you checked out the offline editor for it beforehand, right? Because you’re so prepared?

Arrive back for your set in plenty of time. If possible, smuggling some cakey treats out from artist catering for the stage crew will win you major brownie points (especially if they are brownies). If you’re still unsure how to use the desk, or anything else, there’s no shame in asking the in-house engineers for help. It’s what they’re there for! No-one’s used every desk out there, no matter how experienced they are. Your host should be more than happy to help, and even show you some of their favourite tips and tricks if there’s time. It’s also very common for engineers to cover for each other over festival season, so it might be your first show with this band, and that’s fine. These experienced engineers can spot a bluffer a mile away, and if you’re too proud to let them help, they’re well within their rights to step back and watch you crash and burn. No-one wants you to have a bad gig though, so make friends with them early (hint: brownies)! If you’re mixing FoH from a tent or tower, walk outside of it at least once. It can sound completely different in the crowd compared to by the desk, even with reference monitors, so don’t just mix for yourself in your little bubble. 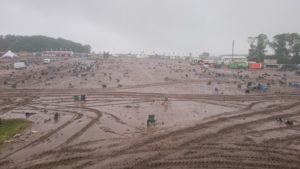 Once you’ve finished the show of your life because you were so on it because you were so prepared, all you have to do is grab your USB stick and headphones (don’t forget to bring your headphones by the way. Seriously), pack your gear away and celebrate! Please don’t skip straight to celebrating; there are lots of other bands to get on and off the stage, and there isn’t space to leave your gear set up until you feel like taking it away. So after a grueling 20-minute loadout and thanking the crew, you can kick back and enjoy those well-deserved beers (or soft drinks if you’re the driver) before heading to another field to do it all over again.

Coachella Music and Arts Festival: Two Companies that Did!