Dealing with the Unexpected – A Cancelled Show. 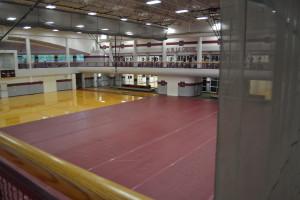 As production people we spend a lot of time planning how the show is going to run, sound and look, as well as creating an environment that is safe so the audience will enjoy themselves. Just last month I was working on one of our largest shows of the year. 2,500 tickets sold. We would be converting our recreational space into a concert hall.  A month of planning, contracting, and getting excited to do what we do best, and the day of the show finally arrives.

Surprisingly, everything is going according to plan. It’s not raining yet, contractors are arriving on time, the volunteers are showing up to do their part, and we are getting ready for a show. Even the artist’s advance team has arrived and they are doing their thing. We are a couple hours from doors,heading into the calm before the storm. Dinner is being served to the production team and entry team, then a call comes over the radio. A quick unplanned meeting, nothing new, this happens all the time as logistics change, it’s part of the job.

However, the message I received during this meeting was not expected at all. I was met with somber faces and one simple sentence. “They’re not coming.” Thirty minutes before 2,500 guests are about to come through the doors and the headliner never got on the plane, there will be no show…I’m sure you can imagine the curse words that came out of my mouth at that time.

Taking a minute to back-track and fill in a bit more of the story. I’m now in my 6th year of being a production professional, but I have never had a show cancelled. I’m a planner – a check-list kind of person and a problem solver –really that should be my entire job description – but surprisingly I didn’t have anything in place for this kind of situation. I’ve heard of shows being cancelled before, seen it happen around town; just never expected it to happen to me. Campus hasn’t experienced such a last minute cancellation with so many people involved either, so we were starting from scratch on what to do. 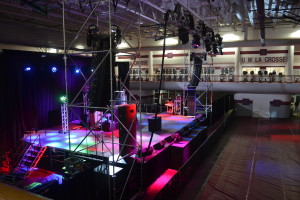 All Set Up and Ready for a Show

Back to the situation at hand; at this point my mind is racing, developing the checklist of how to solve this problem, each step to move forward for our best possible outcome for this situation. Our first step becomes identifying and telling our key players about the situation we are in. So our small team splits to gather the bigger team; our campus police chief, head of security, the facilities manager, and our ticket manager to break the news. They also had their own choice words. Then the questions started coming.

At this time everyone has their individual goals in mind, their own concerns to address. Everyone is emotional and everyone is reacting differently. Once the shock of the cancellation begins to fade we started to put together action plans.

First, draft an email to send to students (A majority of the ticket holders), the radio station, and to post on social media providing notice of the cancellation, the reason, and to hold on to tickets. Getting this information out was critical considering the event was scheduled to begin in just minutes. Once the communication was out, we could determine if we would being reschedule or refunding tickets.

Second, tell the rest of our teams about the cancellation, and ask them to patiently wait for further direction. Additionally, request their professionalism with regard to posting messages on social media or texting friends. We need to ensure a clear and complete message had a chance to circulate before the rumors flew.

Third, we determined that we would not open the venue for the evening, but would post people at the entrance doors to communicate the cancellation. This was a prevention step to ensure that a potentially angry crowd, would disperse without incident. It also allowed for us to move onto our Fourth step, taking the set up down. 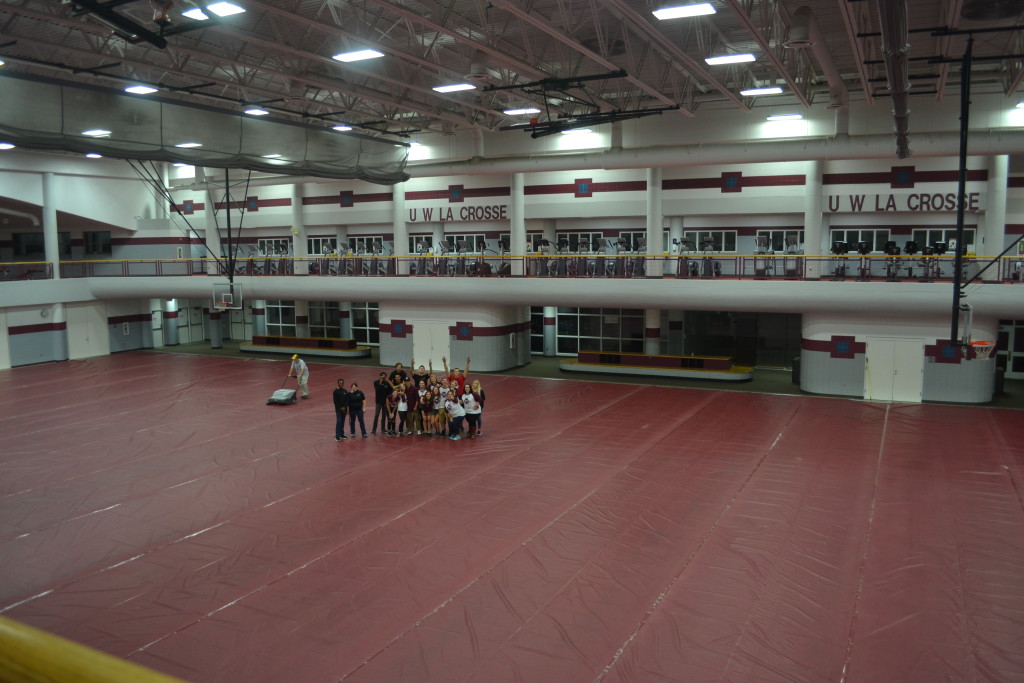 Our team that held it together until the end

I learned a lot from this entire experience. The students and rest of the team working on this event learned a lot as well. We learned that an angry crowd will take their frustrations out quickly. Crowds get rowdy, and social media blasts go out everywhere. There is anger, disappointment, and confusion. We have to take this into consideration when making the announcement, and dispelling the crowd gathered at the entrances. It doesn’t change the work we have to do, but it does make you readjust your concern for safety and crowd control.

We finished our jobs for the night and took the rest of the weekend off. Nothing more could be figured out until Monday morning. After all of that surprise, emotion, and expenses we decided to see if we could re-negotiate with the artist. As a result, we will be holding the same show next month, this time with a cancellation plan in mind.

Heather Holm: Fueled by an interest in live sound at a young age, Heather volunteered to work productions through high school. As a student in college she started working in the production department where she learned how to setup and run audio equipment properly.

Heather has been working for the University of Wisconsin La Crosse for five years as the Event Support Coordinator. Her job requires her to be a jack-of-all-trades (Audio technician, venue manager, teacher, safety manager, supervisor, lighting designer and so much more). She loves live sound the most – and says “there is nothing like firing up the PA for the first time”.

Audio on the 50 Yard Line
NAMM 2017 Badges for SoundGirls.Org Members