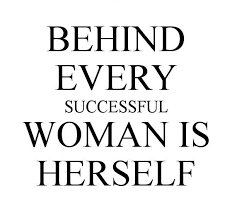 Or How to Be a Bad Ass Sound Engineer

1) If you don’t know which mic to use try an AKG 414, it will probably sound great.
2) Signal flow is everything.
3) Gain structure is also everything
4) Do your prep, later is often a time that never comes.
5) Don’t turn up to a gig without headphones. I mean really!
6) Being friendly isn’t the same thing as being weak.
7) Being friendly isn’t the same thing as being a pushover.
8) Collect audio adapters.
9) Just because you are a strong woman it doesn’t mean my being a strong woman is a threat to you.
10) If you start a system line up with pink noise, then everyone else will leave you in peace to get on with things.
11) If you ask for the house lights to be turned off – during sound time, people will get that someone is working and not to make lots of noise.
12) There is room for more than one strong and confident man on every gig, and there is room for more than one strong and confident woman on every gig.
13) Being unprofessional won’t get you more work
14) There are still in house crews in the U.K whose members will refuse to unpack a truck that a woman is in charge of.
15) They don’t get sacked for No 14.
16) Carry tape with you.
17) If the DSM / Stage Manager restarts the tech without sound being ready, mute the system. They will start to check that you are in the right cue before telling the cast to continue.
18) Whenever you walk away from the desk for lunch, etc. take a copy of the show file with you.
19) Make incremental copies of the show file. Don’t just keep saving over the same one.
20) I don’t want to hear a question at work answered with I think so, or it should work. I want to hear you know it works.
21) Make everybody check that their cans are working the way they want them to BEFORE the tech starts. It makes the sound department look bad if the LD cans don’t work at the start of the tech. You will have to MAKE them check.
22) Empowering women to do things sometimes means not letting them off the hook.
23) Teaching a young woman how strong she is when she wants to quit a challenging task or gig is a good thing.
24) Label your SFX in a way that makes sense to you.
25) Tacit approval is not saying anything when you witness bullying, sexual harassment, and oppression. Understand the approval part of this phrase
26) Humor works wonders.    BiC For Her Medium Ballpoint Pen (Box of 12) – Black Read the comments
27) If you put a mic stand away without tightening it all up, I will hunt you down with what’s left of my fingers
28) Drink enough water; it will keep your energy levels up.
29) Alcohol affects your hearing and your judgment. It has no place at work. Having a drink during work or just before may lead to you being fired.
30) If someone tell you you’re not capable of doing something, test the theory.
31) Tim Peake is being lauded for being the first British Astronaut. He isn’t, it was Helen Sharman in the 1990’s, a woman.
32) No one will spontaneously stop being disrespectful. It won’t just go away.
33) A slight buzz in the system is not an okay buzz.
34) Going cue to cue and not running the songs does not a technical rehearsal make. Don’t let it happen.
35) Don’t do the work of a Sound Designer if you are not credited as a Sound Designer.
36) Some composers will call themselves a Sound Designer and then expect someone else to do all the Sound Design work. Don’t do it. You devalue us all.
37) I have never had a gig I did for free lead to paid work. Never.
38) If I have booked you and you cancel on me at the last minute, I will never book you again.
39) No one will just up your fee because you did a good job.
40) Equal payday in the UK was on Nov 7th. The day on which women, in full-time employment, effectively stop being paid for the year because of the equal pay gap.
41) If someone somewhere is paid to work on the gig, then everyone should be paid to work on the gig.
42) Take the time to “time align” the system.
43) A DPA lavaliere is always my lavaliere of choice.
44) A get out in November can be cold and miserable. But it’s better than the morning London Commute by far.
45) Fighting for the right equipment may make you feel uneasy once. Having to use the wrong equipment will make you feel like rubbish every day of the gig.
46) The only person expecting everything to be perfect the first time you open the faders may well be you.
47) Fuck it up, fix it, and move on.
48) Learn how to rescue your failures because you are going to fail a lot. It’s often referred to as learning.
49) Try not to have to learn the same thing twice
50) There is no such thing as a male or a female brain. Scans prove there’s no such thing as a ‘male’ or ‘female’ brain

51) Attitudes towards women can go backward as well as forwards. Don’t assume it can’t happen where you live. IT DIDN’T ALWAYS SUCK TO BE A WOMAN IN AFGHANISTAN

52) Doing this job is awesome.