During the first week of November, my alma mater, the DePaul University School of Music, held an 11-day music festival with numerous masterclasses, panel discussions, and concerts to commemorate the unveiling of its new Holtschneider Performance Center.  I was asked to take part in the panel discussion sponsored by the Sound Recording Technology department titled Women in Audio Engineering. The panel sought to bring to light the fact that although women are a minority in music production and audio engineering (according to Women’s Audio Mission, women make up five percent of all audio professions), there are many notable women contributing in these fields. In addition to highlighting the professional hurdles and triumphs faced by the all-female panel, the moderator, Tom Miller, Director of Sound Recording Technology at DePaul, also posed several important questions regarding how we, as an audio community, can strive to achieve parity in the future. 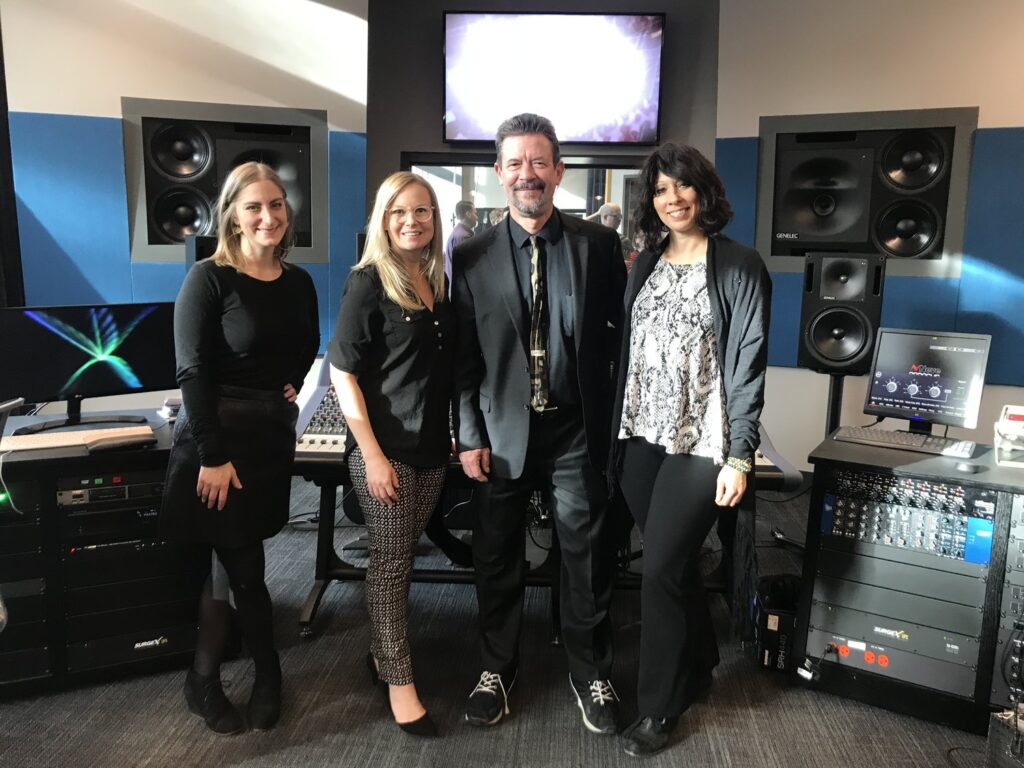 Although women from every generation continue to forge ahead in our field, the hard reality of being only five percent of the industry means that women rarely have the privilege of meeting one another.  My hope with this post is that the accomplishments of the women I recently met at this panel can inspire and invigorate fellow female (as well as male and non-binary!) audio professionals from afar.

The women listed below are not affiliated with Boom Box Post or the opinions expressed in this blog post. The following bios were supplied to DePaul University by the panelists themselves: 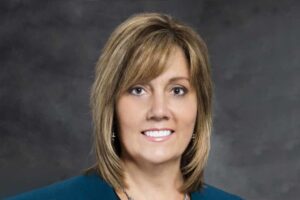 Chris Schyvinck is Chairman, President, and Chief Executive Officer at Shure Incorporated, the world’s leading manufacturer of microphones and audio electronics. As the highest-ranking officer at the Company, she is one of a few women to hold an executive position in the pro audio industry. Her leadership has been integral to the steady growth and profitability of Shure.

During her tenure, Chris has led critical initiatives for the Company, including reducing material costs without sacrificing product quality, dramatically improving on-time delivery, and globalizing manufacturing operations. She joined Shure in 1989 as Quality Control Engineer. After several promotions, she moved into Process Engineering, becoming manager in 1997. In 1998, she was made Vice President of Corporate Quality.

In 2006, Chris was tapped to head the Global Marketing and Sales Division, assuming management of the Company’s Business Units in the Americas, Europe, Middle East/Africa, and Asia/Pacific regions as well as the strategic integration, marketing, sales, artist and public relations, technical support, and customer service functions. Sales increased by more than 78 percent during her tenyear period as Executive Vice President of GMS.

In 2015, she was designated Chief Operating Officer, and, in 2016, was appointed Shure President and CEO, becoming only the fourth such officer in the Company’s 90-year history.

She has a Bachelor’s degree in Mechanical Engineering from the University of Wisconsin-Madison and is the former Chairman of the Industrial Advisory Board for the School of Mechanical Engineering at UW-Madison. Chris recognized Shure as the perfect blend of her two passions (music and engineering) and rejected employment offers from larger manufacturers. While working at Shure, she completed her Master’s degree in Engineering Management from the McCormick School of Engineering at Northwestern University and is currently seated on the Board of Industrial Advisors for that program. 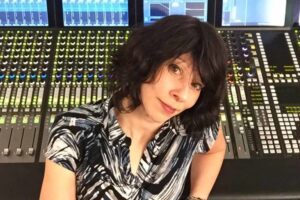 Mary Mazurek is an audio engineer, interdisciplinary artist, educator, and PhD candidate. Her audio broadcasts and recordings are regularly heard on WFMT, Chicago. She has worked with: the European Broadcast Union, cellist Yo-Yo Ma, Lyric Opera of Chicago, Steward Copland of the Police, and Justice Ruth Bader Ginsburg to name a few. She is a practicing media artist whose works have been exhibited in the U.S., Mexico, and Europe. She is also a sought after educator and is currently writing her PhD dissertation, which concerns developing an epistemology of noise in music and art.

You may also read more about Mary’s journey in this adaptation of a speech she gave on September 12, 2018 at the Recording Academy Task Force On Diversity and Inclusion at the Museum of Contemporary Art in Chicago. Marina Killion is an accomplished audio engineer based in Chicago. She is currently the Senior Audio Engineer at Optimus, where she has worked since 2009. She does everything from sound design, dialog editing, Foley, ADR, to final mix. Marina has a background in classical music performance, and studied Sound Recording Technology at DePaul University. She has worked on many notable campaigns such as Chicago Blackhawks, UPS, Reebok, Always, Blue Cross Blue Shield, Invesco, and Olive Garden. She is currently mixing her third feature length independent film, and has previously mixed three documentaries, two web series, a television pilot, and many short films in addition to her commercial projects. Her work has been shown at the Chicago International Film Festival, Chicago Comedy Festival, Midwest Independent Film Festival, and many more. She also won a Silver Addy Award in 2014 for her work with the Eastern Board of Cherokee Indians. 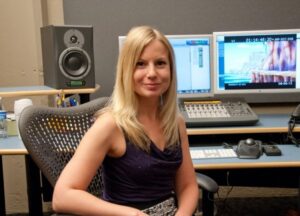 You all know me!  But, if you don’t, feel free to check out my bio here on our website.

Because I found the panel’s questions to be incredibly thought-provoking, I wanted to share them with all of you so that you might think about your own answers and possibly engage with your peers on this important topic:

What can we do to attract women to the audio profession?

How can we support women in our industry?

What can we do to break down the “good old boy” perception of recording?

Finally, I am supplying a list of my favorite resources for women in the audio industry or for those who would like to support their female or non-binary peers.  Most of my suggestions are geared toward women in STEM, post production, or animation, since those are the areas in which I work. So please feel free to comment with any of your own suggestions for other areas of the audio industry.  Here they are in no particular order.

And don’t forget to join your professional organizations so that your voice can be heard at the highest levels of our industry!

Inspire the Next Generation
Girl Boss