Where have all the Credits gone?

Advisory notice: This collection of words is 100% based on my opinion and observation as a professional engineer, producer, composer and music maker in Los Angeles, California, USA. I reference consumers and listeners with love and utmost respect…it is not your fault that the current, primary consumption mode of listeners now is streaming — which largely does not pay the creators of the music. My thesis here is directed at the streaming services: Where have all the Credits gone?

Back in the day (post Wrecking Crew era), producers, engineers, studios, players and songwriters (the list goes on and on) … became known for their work via Liner Notes (among other avenues – like word-of-mouth, playing live, etc.). As their reputation built, so did their workload, pay rate and visibility. Sustainable careers were made. Now, in 2016, with CD sales dwindling and digital streaming “the new radio”, a large percentage of artists are DIY and their budgets have become micro with the “downsizing” of commercial music revenue sources. With the “trickle-down” effect of diminished performance royalties as listeners shift from terrestrial radio to internet streaming, compounded by the massive shift from physical CD album sales to iTunes 99¢ downloads…and now free streaming (from which songwriters earn fractions of pennies in performance royalties for their work),…recording budgets are smaller than ever. I share the following information for those interested music consumers, creators and music industry professionals alike who would appreciate knowing who created the music.

To the point – I recently attended an industry roundtable; an intimate gathering of working music professionals and top audio talent. Grammy® winning producers and engineers – collected for an open discussion on the “current state of the industry”. The topic of Credits came up (and the fact that they have, literally, disappeared since streaming took the driver’s seat) – and a heated conversation about HOW can we make music valuable again ensued.

Now that music has shifted from a tangible commodity to digital “thin air”…consumers want music to be free and convenient. And with that, the streaming services, iTunes and any digital retailer where music can be purchased (except, to my knowledge, CD Baby…who does allow a Credits section for the artist to supply the info for…as well as YouTube)…do not have place on the sale, stream or download page to list Credits. No link to see who wrote the songs, where the music was recorded, who produced, engineered or played what instruments on the album. Unfortunately, not showing who worked on an album, single, EP – or listing where the music was recorded – further perpetuates the current myth that music should be free. It also gives consumers the false impression that the music has magically come to be without hundreds of hours of work, careful consideration, execution and … a budget – consisting of actual money.

“In my father’s record store, why would I say, ‘Okay, I’ll tell you what. I’m gonna close my eyes and I’ll count to 30 and you take anything you want and when I open my eyes just don’t be in the store.’” -Philip Glass

Labels and DIY artists pay good money to hire a producer to hire the right people and studios to help make their music come to life. The music does not come to life on its own – out of thin air … yet consumers have grown accustomed to listening for little to nothing … with ease of use, accessibility and maximum selection as the priority. The ART of CARING about the ART of MUSIC and its CREATORS seems to have disappeared. Culturally. This was the topic of discussion at this industry round table … and it was unanimously observed that for music makers in the room especially – their business had been directly, and negatively, affected by two things: 1) the failure of streaming services to properly provide a space, field, link – PLACE – to credit players, studios, producers, engineers, songwriters, publishers, etc. and 2) the lack of consumers, culturally, not caring about the details of the art they are enjoying as a PASSIVE listener. Very few care to purchase the actual CD anymore — if the artist or label even has the budget to actually manufacture physical copies. It is my observation that music consumers are no longer ACTIVE listeners. Music may be the soundtrack to everybody’s lives — but in 2016, it’s coming at an immense cost to creators.

One solution presented by NARAS (The Recording Academy, aka The GRAMMYs) in their “Give Fans The Credit” initiative is to lead by example. Somebody, please, either update their streaming service to include a place to credit the creators … or create a new service that makes creators the focus with deserved recognition. Build a streaming service that focuses on the whole listening experience … as in the days of yore. Opening up the album, checking out the lyrics, seeing who’s singing or playing guitar…who wrote the songs…etc. The ART of LISTENING to music has devolved culturally to a nameless, earbud, playlist experience. I would argue that this has only happened since iTunes downloads and Streaming took over and turned music as a tangible commodity into a VIRTUAL commodity. With that said, I believe it wouldn’t take much to re-engage listeners again…with the right tools. 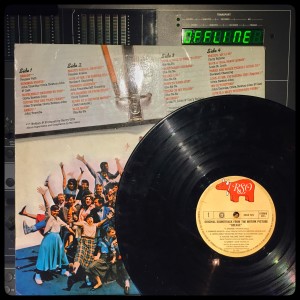 It may sound like too simple of a solution — but if people are listening and SEEING how many people work on an album to make it come alive … perhaps they might VALUE what they’re listening to a bit more … and understand “what a deal” their 99 cent download is or Free streaming. It’s a reality that “streaming’s here to stay” – but it doesn’t have to be the end of the line for music creators (many of whom have either had to resort to making music as a HOBBY or are leaving the profession altogether). Right now, with the Consent Decree issues going on in Washington, woefully outdated performance royalty rates, and the Copyright NOI loophole (if you don’t know anything about this, Google “DOJ ASCAP BMI 100% licensing”, “Songwriter Equity Act” and “Google And Amazon Leverage Copyright Loophole”), songwriting as a profession is on the verge of extinction. This sounds nuts to anybody who isn’t in the industry or doesn’t know what’s going on – but it’s the crazy truth of the current situation…because, in part, our culture, at present time, is more interested in commerce than it is in supporting art. IF credits were allowed for with the streaming services (like watching a movie with end credits…where you get to see who actually WORKED on the movie), you’d get to put a “name to a face”, so to speak, with guitar players, drummers, producers, songwriters, publishers — you name it: The great “de-mystifying” of modern commercial music.

The streaming services have essentially created an environment of music with nameless faces — so people can listen without caring. I truly believe that IF Credits were allowed again — as in the days of BUYING CDs and Vinyl after hearing a song on the radio that you can’t get enough of — and cracking open the record case or sleeve and having the opportunity to LEARN about and ENGAGE IN the music…the current, passive CULTURE of consumers would change – and caring (ENGAGING) would return. So would gainful employment for players, engineers, songwriters and producers on albums. Why? Because artists would see who did what and want to work with them. It’s very simple. It has become the “Wild West” in the music industry “behind the scenes”. We do everything we can to maintain our livelihoods as music professionals — and it does not need to be an insurmountable task. Though I am gratefully managing to continue paying my bills through sheer grit and passion for my craft and profession, my father aptly calls what I do “miraculously rowing up hill”.

Music is a beautiful part of life. For those of us who create it – it IS OUR LIFE – as artists & creators. Commercial music is a commodity. It is not free to make and it should not be free to consume. Can you imagine showing up at your favorite restaurant and sitting down – ordering – eating your dinner & then leaving without paying the bill? We call that dine-and-ditch…and it’s stealing. Streaming services: Please give creators the credit we deserve…so that consumers can know what their listening to – and appreciate it enough to actually value it enough to pay for it…and become engaged again. 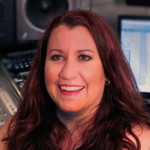 Catharine Wood is a professional mix, mastering, and audio post-production engineer. She produces singer-songwriters, composes music for film and television and owns and operates her own Los Angeles-based studio, Planetwood Productions.