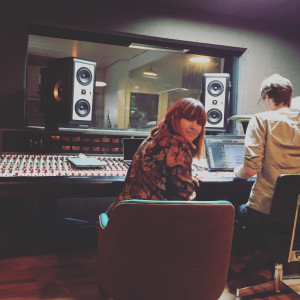 What is your specialty in music production?

I’m a good producer and at leading the ship or taking charge when needed but also that answer depends on the project because I wear a lot of hats. These hats can include co-writing &/or pre-production,  A&R, engineering, producing or mix engineer. Sometimes I’ll do everything for a project, in this day in age, I think all these ‘specialty hats’ are necessary & important to know.

It’s more important to me than to just be an expert at one. But if I can’t do a great job alone at something I’ll definitely bring in ‘specialty’ help with bigger things depending on the project. For example: setting up / getting drum sounds before recording I might bring in another engineer because there needs to be a lot of focus & attention on that so you make the best recording you can.

Ideally if you have a good budget you can fill all these specialty jobs with experts but more than often that is not the case with most projects these days, unless you’re dealing only with big budget projects. I make it point that I can do all of it if needed. Having done and knowing all these jobs gives you an accurate view of things and being a good assistant is one of the most important.

Are you independent or do you work for a company?

I am independent & also do work under my artist development label A Diamond Heart Production.

Give us a little background on what led you to working in music production?

I always wanted to be a producer and especially loved reading the credits in record art when I was younger. I started by first recording downloads of songs using a microphone and a tape recorder in the 90’s when the Internet first started. You could download rare songs through websites that record companies didn’t know about yet (through dial-up that would take about 12 to 24 hours) I’d then play them back through a speaker & record them through my tape player.

After that I moved onto to recording my own music through cassettes tapes and then later used a 4 track. Early on with my band Diamonds Under Fire I worked with some great producers, mixers & engineers but was never quite able to get the right sound that I wanted, and it was hard for me to verbalize that. Overtime I learned how to describe what I wanted and started self producing or collaborating.

I also came to the realization the first few years of being in a band that I had to learn how to do this myself (because there’s this particular sound I’m hearing that I have to achieve & I need to be able to communicate it). So I became pretty interested in the technical aspect and I taught myself (through trying things or researching) how to record over time until I got opportunities to learn from other recording people.

I always wanted to produce and record other bands as well as do A&R (as much as music) but was told by many that I had to pick one thing. I think doing one thing is not conducive to music in this day and age. I always jumped at any learning opportunities and took on several internships. For me internships turned into jobs and those jobs turned into more jobs. The journey ended where I wanted to be in production and continues to grow. You just have to stick to something if you really want to do it. 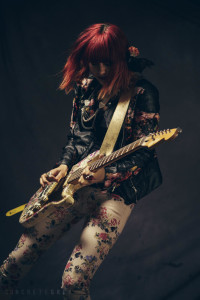 I worked in the music business doing various jobs since about 2002 and established my band then. In 2006, I was in between touring, jobs and really wanted to learn more about recording. I went to recording school for about three days and dropped out. I said to myself that I could get a job at a studio. I just felt like the best experience I was going to get was actually from just doing it or being around it.

I got a job at a small studio called Wyman about a month later and worked there for a couple years. It was a small operation and I was doing everything from running websites, art and marketing, to marketing and scouting bands. I was able to assist and of course did food-coffee run. I learned to wear many hats and gained a lot of skills.

After Wyman, I worked at Conway Recording Studio as the front of house, greeting people and answering phone mainly. I thought I’d take a slight demotion for the opportunity to learn things at a big studio with the hopes that I might learn more of the recording process. While at Conway I met Dr. Luke, he offered me a job as his assistant / runner. I worked for him for about 2 1/2 years and learned a lot! He really opened my mind to hip hop & pop production which I love!

About couple years later, I got a very amazing opportunity at a great private studio where a Producer Engineer John Lousteau took me under his wing. John and I were recording some of my bands songs, he knew I had been meeting with different producers and A&Rs for jobs and he asked if I wanted to help him. I became the In-house assistant engineer at Studio 606. He really taught me everything about working on consoles and patching, to understand analog recording, signal flow and routing in big rooms & on large consoles etc. The studio manager and all the artists and bands who recorded there were very supportive and cool to me. I never ever was treated differently of felt disrespected because I was woman.

In 2012, I started recording non-stop and simultaneously booking shows and playing music. I started developing bands and from there started my own artist development label. I do everything from Production, Recording, Indie A&R, Art and booking.

I am so grateful and thankful to all the people who have given me opportunities. I feel very blessed to have had some of the experiences I have.

What are your current projects?

I went to South Africa last year and worked on a collaboration producing and label project with Bop Recording Studio and their old label Tshukudu. I found a Motswako hip hop group there in Mafikeng called Hashone and recorded a single with (we are currently finishing mixing it). I can’t wait until people can hear it! That project is pretty close to my heart.

I have been working with a pop duo Bria & Crissy and we have been collaborating with a Atlanta producer Jon Nguyen. I am also really excited for this young punk rock Chicago band The Magnifers. I produced, recorded and mixed their new EP that’ll be coming out in the near future.

I think choices mostly. This career path is like no other, so ‘risky’, unknown, with no guarantee…it’s so particular. If I wanted to do it and really make an impact I knew I would have to make very hard sacrifices. Choices on how and what I spend my time doing or even risking it all to do what your heart says. It can be so hard, but my love of music and the chance for changing the world and people in a positive way. Music saved me growing up. Bands changed my life. So whether I am producing, recording, helping another band or playing a song as an artist myself it doesn’t matter, it’s a vehicle that speaks to people in great volumes. Music helps people and changes the world. I made the right choice.

Go for it and don’t be afraid! Take risks and try stuff that is completely different. My advice in general is that music is the thing that connects us whether young or old. Take the time to make whatever you are working on the best it can be, while staying on deadline. Race or gender doesn’t determine skill. I worked around men for years and still do but sexism never ever really affected me. I have been supported and encouraged by all men I have worked with. I have toured the US (3 times this year) and have run into at least 15 female sound engineers. We’re out there.

When you are producing or engineering make sure the artist is as comfortable as possible, so they can be completely open and give their best performance. Don’t try and change people but instead embrace what they do and who they are. Learn a few business skills.  It will  help! Trust me 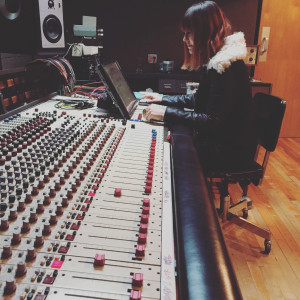 Been using RE20’s on a lot of vocals. But if there’s time I’ll test out a few really different vocal mics to see what fits best on someone’s vocals. 1176 on vocals. Love Neumann mics! Satellite Amps, Epiphones and C414.  Any weird old or really nice vintage mics often are cool on vocals.