The Role of an Associate Theatre Sound Designer 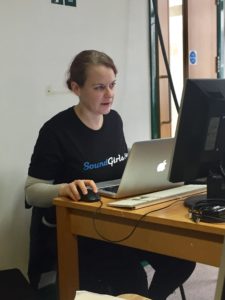 I’m at the beginning of my third week of a six-week contract as Sound Associate, otherwise known as an Associate Sound Designer, for a one-woman play with a complex score and sound design. Associate creative roles are quite common in UK theatre, but as I’ve had a few sound people in the past ask me what the role entails, I thought this would be a perfect opportunity to write about what you can expect if you take a job as a Sound Associate.

I’ve hired Sound Associates in the past, because of this latter scenario: when a show I designed transferred to a different venue and I wasn’t available for the required dates. In these cases, I’ve entrusted my existing sound design to an associate, who then took on the responsibility of putting the show into the new venue. Their responsibilities included setting levels, making sure everything played out at the right time from the right speaker and applying changes to cues requested by the director

Of course, all changes were fed back to me, because it was still my sound design. As it was the second run of an already successful production, I wanted my design altered as little as possible. I was aware that this didn’t allow my Associate to have much creative input, but then, the role of an Associate isn’t necessarily a creative one. A Sound Designer may ask you to source or create particular sound effects, and some sound designers may rely on an associate for a lot of creative input. However, it’s important to remember that the overall shape and realisation of the Sound design will always be the responsibility of the Sound Designer. 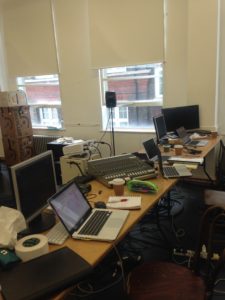 So why work as a Sound Associate? For one, if you’re at the start of your career, it’s an effective way to gain Sound Design experience or to work on a particular type of show. It’s also an opportunity to learn from more experienced Designers, and it’s a useful way to build relationships with production companies, directors, and creatives. For me, I wanted the opportunity to work on a unique production and immerse myself in a more practical, collaborative way of working with sound, which I hadn’t done for a while.

The responsibilities of a Sound Associate will differ from show to show, depending on what the Sound Designer needs. At a basic level, you should be prepared to do any of the following:

I think it’s this last point that separates a Sound Assistant from a Sound Associate. An excellent Sound Associate will protect the original design has much as possible and incorporate any changes without compromising the Designer’s overall aims. Whether an Associate is responsible for part of a show or from taking the show from rehearsals to the first preview, the Sound Designer has to trust that the show is in safe hands.