The ABCs of Women in Theatre

Maybe it’s the quarantine getting to me, or maybe it’s the fact that two of my quarantine cellmates are six and eleven years old, but for this month’s blog, I decided to go a little Dr. Seuss on you!  I’ve given you the name of a woman of theatre you should definitely know of for (almost) every letter of the alphabet.  I’ll give you just a taste of the genius that each and every one of these women were and are, but if I were you, I’d take these names straight to the googles to soak up every bit of info you can after you read this blog.  Enjoy! 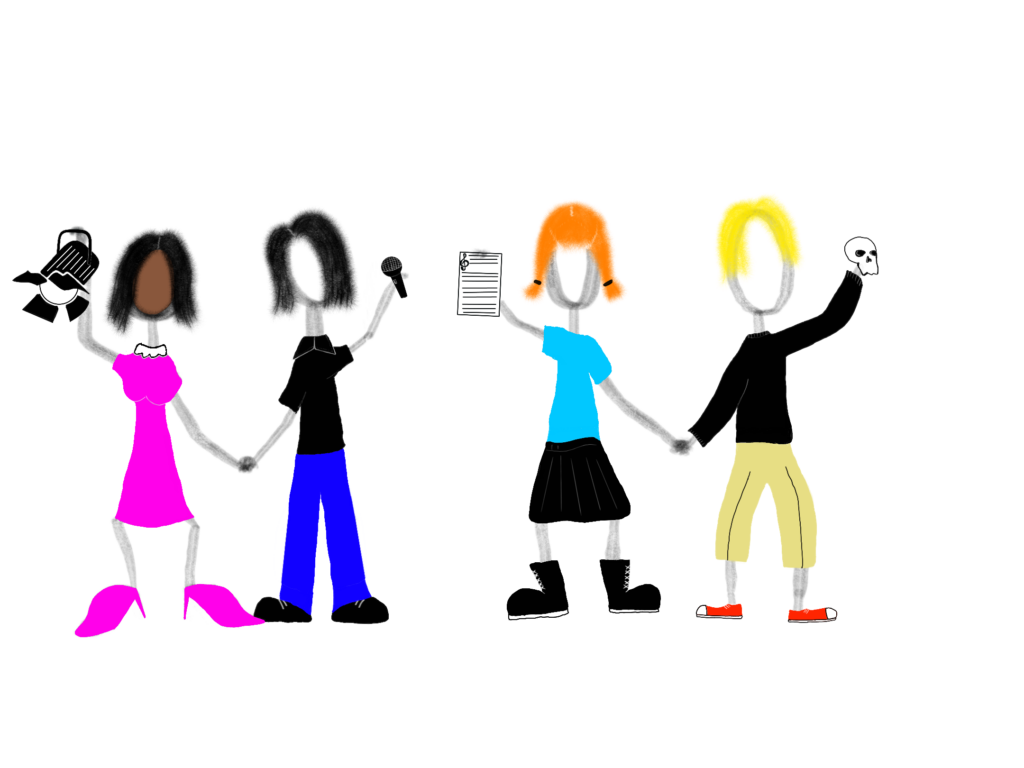 A is for Aphra Behn to start this off right.  She was a seventeenth-century woman playwright.  It seems she was a leader in feminism too and wrote on hot topics, arranged marriage, to boot.

B is for Bradley, Lillian Trimble’s last name.  Being America’s first woman director is what gave her fame.  She loved Melodrama.  To her, it was the best.  She broke into the scene with her play, The Woman On The Index.

C is for Cheryl (and her last name) Crawford, too.  She was a producer when for women, it was new.  She founded Group Theater and Actors Studio when she moved to New York from Akron, Ohio.

D is for Dianne, her last name is Glancy.  She’s a Native American Playwright, specifically, Cherokee.  She’s published over ten plays and written even more.  She also writes literature and poetry galore.

E is for Eugenia Rosenthal, she went by Jean, for short.  She pioneered a path of the technical sort.  Born in 1912, she was always a climber, she paved the way for women lighting designers.

F is for Frances Goodrich, you want to know her.  She’s a 1956 Tony and Pulitzer Prize winner.  She and her husband, and this takes the cake, won those two prizes for their Diary of Anne Frank.

G is for Georgia, in this case, Georgia Stitt.  She’s an American composer, and she’s the real sh*%!

H is for Hrotsvitha, a very FIRST first.  To leave her unmentioned would be just the worst.  She’s probably the very first woman playwright, a tenth-century nun, her art was a sight.

J Jeanine Tesori and Lisa Kron are the first women writing team to win the best score for Fun Home.  Another first definitely not to be missed, this musical featured the first lesbian protagonist.

K is for Kitty Clive, a diva of her era, she was one of the first to play the lead in The Beggar’s Opera.

L is for Lorraine Hansberry and remember this one.  The first black woman produced play on Broadway was hers: Raisin in the Sun.

M is for Micki Grant, she helped pave the way.  She’s one of the first women composers of Broadway.

R is for Rebecca.  Can you say Lenkiewicz?  Have you heard of her 2008 play, Naked Skin?  It was produced at National Theatre on the Mainstage, a first for a woman playwright during that day and age.

S is for Sara Barielles, we all love this queen.  She led the all-women creative team for Waitress in 2016.

V is for Vinette Carroll, she directed on Broadway.  The first black woman to do so, by the way.

Z is for Zelda Fichandler.  In 1950, she founded Arena Stage in Washington DC.  Arena Stage won the first regional Tony in 1976 and was the first to move to Broadway a show of their pick.

These women are heroes, bad-ass superstars.  Let’s always make history remember who they are.  Through pandemic ramblings, or word-press, or pen, keep spreading the word of these powerful women. Prior to being a full-time freelancer, she served as Sound Director/Resident Sound Designer/Composer for PCPA-Pacific Conservatory Theatre from 2009-2019. While in residency, she also served as Faculty for PCPA’s Technical Theatre Conservatory. Elisabeth sits on the USITT Sound Commission jury for Current Practices and Research in Sound paper/article submissions and is a proud member of ASCAP and the TSDCA. www.elisabethanneweidner.com