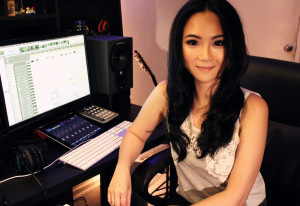 Yuna Qian’s  journey into audio engineering started when she was given a piano by her parents at the age of five. This first instrument planted within Qian a love of music that would grow into a career eventually leading her to work on film scores  for movies such as “Captain America: Civil War” along with other famous titles in Hollywood.

Qian grew up in China as an only child. Her parents wanted to give her an instrument to fill her time and help develop her skills. Qian filled her somewhat lonely childhood with playing piano, and though she didn’t play much after college, it marked the beginning of her interest in music.

“When [I was] about to go to college, I didn’t have hesitation to choose my major as Sound Design,” she said. “Since then my career has always been around music.”

This interest would drive  her to study it all through college, eventually receiving a bachelor’s degree in Sound Design and Recording Arts from the Communication University of China, and continuing on to receive her master’s degree in Audio Sciences from John Hopkins University. 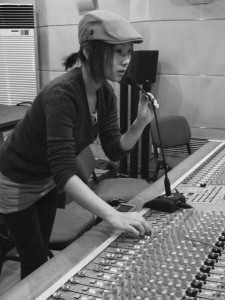 Since then she’s moved to Los Angeles where she has thrived in the Hollywood film industry. She now works with film score production and post production.

Qian, a member of Audio Engineering Society, works as a studio assistant engineer primarily with the film industry, working with composers in the post production studio. Since early 2016, she has worked at Sacred Tiger Music and Remote Control Productions, both out of Santa Monica, California.

Qian has assisted with movies such as “Captain America: Civil War,” “The Angry Birds Movie,” and “Jack Reacher: Never Go Back.”

Along with her background in Hollywood, Qian also has experience with mixing a range of music projects, from hip-hop and indie to classical full orchestra and jazz ensemble. She has worked as recording and mixing engineer on the “Sanctuary” EP by “Super City,” and “If Ever” EP, by “W4Y1 Collective,” along with other work at Peabody Institute of Musicians. 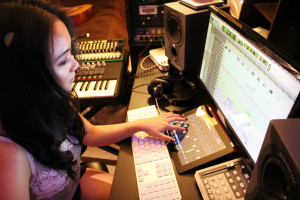 Though China half-a-world away from the United States, Qian said the work environments aren’t so different. It is much more difficult for women to get hired into technical jobs, citing that employers think men are more capable.

“Female sound engineers are so rare that I could barely recall any,” she said.

But she also says that the norm has already been changed a lot, and that more and more women are making an effort to be “independent” in her generation.

“I am very proud of being one of them,” she said.

She acknowledges how difficult it can be working as a woman in audio, and described her experience as “frightening,” and “overwhelming” at first because of the fast-paced workplace, and the lack of women in similar roles. In her experience Women  have to put in more work just to be viewed as competent. She urges women in the industry to focus on their work and to never take no for an answer.

Her favorite console to work on is the Neve 88RS Console, and says that having an in-depth knowledge of Pro-Tools, along with various sound editing software, is necessary skill. The job of sound engineer is synonymous with problem solver, she said and troubleshooting skills are a must. 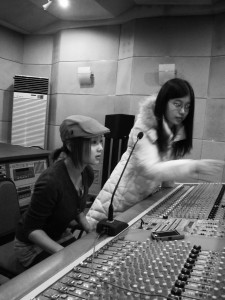 Qian plans to move forward in her career, and said she looks forward to continuing her work on film score projects. She is excited to learn more from film composers by assisting in their work, she said.

“It’s all about music,” she said. “I am passionate about anything related to music and I’m excited for my music career ahead of me.”