In my last blog post, I discussed the ways in which culture influences the media that we create, consume, and how we interpret it. Expanding upon that this month, I will explore how culture affects every aspect of our lives. Every single thing that humans do is cultural. We are a product of the culture that we are raised in – but that’s not to discount the existence of free-will. This means that everything that we do, from what that we eat, to the way we eat is all culturally defined. And there is more variation than you might initially think. The first time I experienced any amount of “culture shock” was a couple of hours after I landed in Romania. Thinking my Romanian upbringing would have prepared me for anything, I was utterly taken aback when my well-meaning family members ordered Pizza for my sister and I. The pizza had a whole fish on it, and everyone ate the pizza with a fork and knife. After spending over ten hours on a plane, and adding the jet-lag, I was actually shocked by this (literally) fishy pizza. My family found my shock amusing. To them, fish pizza is normal; and eating pizza with your hands, well that’s borderline barbaric. Culture is what tells us what “normal” is. The process of learning this “normal”  is called socialization; which describes a variety of processes that can range from overt to so subtle you probably didn’t even notice it. An overt process would be something like a company handbook with a list of values and typically a page that you sign agreeing to act accordingly while on the clock. More subtle socialization could be in the form of negative repercussions and/or positive reinforcement. For example, I have developed the mouth of a sailor. As a complete coincidence (it wasn’t a coincidence), my cursing increased drastically when I started working as a stagehand. My cursing was positively received and therefore reinforced, while the use of what I like to call “SAT vocab words” was met with mostly confusion and a dash of resentment for being pretentious. That’s how I learned what sort of vernacular (that would be an example of a pretentious “SAT Vocab Word”) was “normal” for stagehands. It happened pretty quickly, and I didn’t really notice until my cursing started to bleed into my personal life.

One of the “normal”s of the live event industry is the predominantly male workforce. When I show up on show site and am the only woman, that is normal for me and everyone in the room. In a different cultural context, this lack of a female presence would be very noticeable. However, we in the industry have been socialized into this normalcy. Male being the default and female being different, creates a situation in which I arrive on show site and I am the other. I feel this on the daily from comments about “you’re a young and competent tech, and a woman!”  to dress codes and apparel not taking the possibility of women into account. 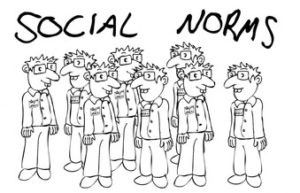 The inherent masculinity of the industry is yet another roadblock that women face. Recognizing these cultural norms, and then challenging them is an essential step in achieving a more equal workspace. We need to actively socialize current and incoming industry members in a manner that includes more than just white men. Changing the whole culture of an industry will be a long and arduous process, but it will be well worth it. Studies have shown again and again that more diverse and inclusive workplaces are more productive. So if the ethical standpoint that women are human beings that deserve to be treated equally isn’t enough of an argument for you – there is an economic incentive as well.

As always, work hard, do your best, and make yourself proud. 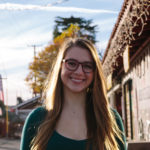 Tia Azimioara interest in live sound engineering began while studying the clarinet at the Orange County High School of the Arts, where she took a class on music technology. She would go on to double major in Anthropology and Classics at Lawrence University while working as a sound tech. She googled and youtubed her way through shows and concerts. She fell in love with the fast-paced, trial by fire world of live production. After graduating she began working any live events that she could. After two years she has completely fallen in love with her varied and fast-paced life; today you can find her doing anything from slinging deck at a concert venue in Doc Martens, to working as in IT specialist for a corporate event in a suit. She is not sure what the future holds, but would like to use her training in anthropology to help make the industry more inclusive for everyone.