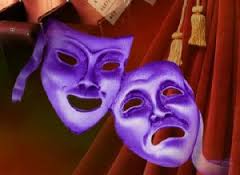 Sometimes people ask me what I do, and I say, “I’m a Sound Designer.” The more I mix with people who work in Sound but not in Theatre I realize it is a role that doesn’t exist in other areas of live sound. The theatre Sound Designer is a bit different from the Sound Designer role in other disciplines.

I thought it might be helpful to outline the role as I’ve experienced it and to outline other roles I’ve had along the way.

Sound No 3
I got my first West end Job as a No 3 on a revival of a musical. There were three of us on the team, and I did whatever jobs I was asked to do. This could be fitting radio mics into the hair of actors or leaving them in dressing rooms so wigs could fit them. I would be spotting radio mic positions as the cast came down at beginners, so I knew they were still in the correct position and the ones under wigs had also gone in the right position.

There weren’t enough radio mics for everyone to have their own, so mics were swapped between cast members, as they were needed. A couple of songs were performed on handhelds and part of the plot was to hide these in bits of set and collect them again after they were used. During my time on this show, there were full understudy rehearsals with radio mics, which I was taught to operate. This was valuable practice at line crunching. Mixing each line of dialogue or a song separately.

Sound No 2
As a number two I was expected to learn to mix the show. Two weeks was the normal amount of time given. A number two is a hard job. There usually is not a monitor engineer, and the cast can be very aware of differences in the mix. Some cast members are very reliant on the mix being done a certain way. Someone new coming in and learning the show is often in for a hard time.

Being a No 2 when setting up the show is a bit different than coming on to a show that is already running.You will be expected to run and set up the show backstage.You will be negotiating the best mic positions for each character for each costume change. If you do your job well, they won’t have to move during the show. Even a tiny change in position of a radio mic will make a huge difference to the sound. Whoever is mixing FOH is relying on you to keep the mics and, therefore, the sound of the show consistent. A No 2 plans the radio mic plot and makes sure the consumables are stocked.( batteries, paint, clips, tape)

A good No 2 is invaluable, they deal with a lot of stress from all sides and I am constantly surprised at how undervalued they seem to be. Don’t tell me you appreciate a good No 2 if you use them to prop up a less experienced No 1 and pay them less than that No 1. 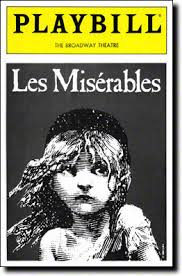 The No 1 is the Head of the Department (HOD), the designer’s representative in the theatre every day. Ultimately the day-to-day buck stops here. They will usually mix the majority of the shows they will note the other operators on their mixes. If the No 1 was on board when the show opened ( Les Mis opened in London in 1985 and is still going) then they will handle programming the desk cues with input from the Designer. They will operate during the tech, which means getting all the lines in (all mixed individually) while trying to make it sound good. They trigger the SFX. They run the team, sort out any problems and run the sound check each day. Every speaker and every microphone are checked every day by the sound team. A call two and a half hours before the show is usual and allows for soundcheck and to fix or swap out equipment. They are also responsible for teaching the mix to the other operators

The PSE makes sure all the kit comes together. The often do the paperwork. They prep the gear and book the sound crew. (Not the Operators) They will work to realize the Sound Designer’s design. During tech, they are leading the non-show oriented crew. They make sure everything works. They attend the production meetings with and in place of the Sound Designer. They will make sure all the equipment is doing what it should and that everything is checked and working before the valuable quiet time.

The Sound Designer is in charge of everything. They spec the equipment and put forward who they would like to operate the show, and they book a PSE. They source and create SFX. They run the band calls, and they make sure the schedule has enough time in it for sound requirements. There will be countless battles for sound quiet time ( It’s difficult to plot the levels for quiet SFX if people are using power tools, the same goes for timing the system.) The Sound Designer needs to be able to get along with everyone but be taken seriously enough to not have their work compromised by the other departments needs. It’s not a lightsical or a setsical but both of those departments will be fighting their corner as well. The sound department will take a hammering in the press if it doesn’t sound good. As a Sound Designer, you will be personally associated with that bad review. Producers and directors will look you up on the internet, and you will lose work, you didn’t even know you were in the running for.

Sometimes a Sound Designer can’t be there every day of tech and preview. As an associate sound designer, you are covering for the Sound Designer in some way.

Maybe the show is in a city or country the Sound Designer does not reside so they can’t pop in and check on the sound every month. Maybe it’s a full on Musical with a complex sound score, so another pair of hands is needed to deal with everything in the time allowed.

Sound Designer – The buck stops with you, and you are the only person on the sound team with your name on the poster. If it doesn’t sound good, you will personally be associated with it.

No 1– You run the department day to day.

No 2 –You run backstage you deputise for the No1

PSE – You make sure everything is working by the time it needs to be working.

Respect on the River Festival
Two SoundGirls on Tour