On Sexual Harassment in the Workplace 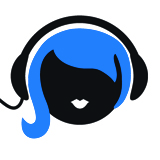 I’ve been in groups where inappropriate jokes are made. Sometimes, they’re made about me. Off-color humor is one thing – we’ve all made the hilariously inappropriate joke here and there. Sometimes you’re the butt of a joke, and sometimes, that’s okay – but when strangers are making sexual comments about you 20 minutes after you shook their hand for the first time, that’s not okay.

I’ve been aggressively hit on to the point that I basically abandoned my job duties for the day and hung out with my FOH guy because I was too uncomfortable and did not feel safe to be in monitor world in the relative darkness with this dude.

I’ve been asked for my card for future work and then gotten texts asking for nude photos.

I’ve had people that were really friendly and awesome to work with all day walk me to my car after the show (because the neighborhood is sketchy at night) and then try to kiss me – this has happened more than once, to the point that I now turn down offers to walk me out unless it’s from venue security.

I’ve had uncomfortable shoulder rubs, ass-smackage, ass-grabbage, and dudes that can’t stop looking at my chest when they talk to me. Once or twice, I’ve commented to some of the men I work with about people saying/doing inappropriate things. The response is always the same: “If you can’t take it, you shouldn’t be in this industry.” I’m sorry, what? This is not behavior that I should have to “just deal with” because “that’s how it is”. You know what happens when you speak up about stuff like this? You’re a bitch. You’re no fun. You’re too sensitive. You’re killing the vibe. You’re never right and they’re never wrong.

I should point out that this is, by far, not typical of every man that comes through my venue – the vast majority of them are really great to work with and I look forward to seeing them again on the next tour. And it’s not like it’s something that I have to deal with daily, or even weekly most of the time. But it DOES happen, and it DOES SUCK. The only good thing I can say is that so far, I’ve never had to deal with any of these guys twice – they always seem to get axed before the next tour. I can only assume that other people see this behavior and weed it out.”

If you think it is cute and a compliment to hit on the sound chick, catering girl, production team, etc.: It is not. You are just one of the numerous tours moving thru town on any given week. It gets old and boring. Women should not have to go work everyday thinking about the numerous landmines they will have to jump-over, just to do what they were hired to do.

Just in case you needed a reminder of what types of behavior fall under sexual harassment.

Any of the following unwanted behavior may constitute sexual harassment: