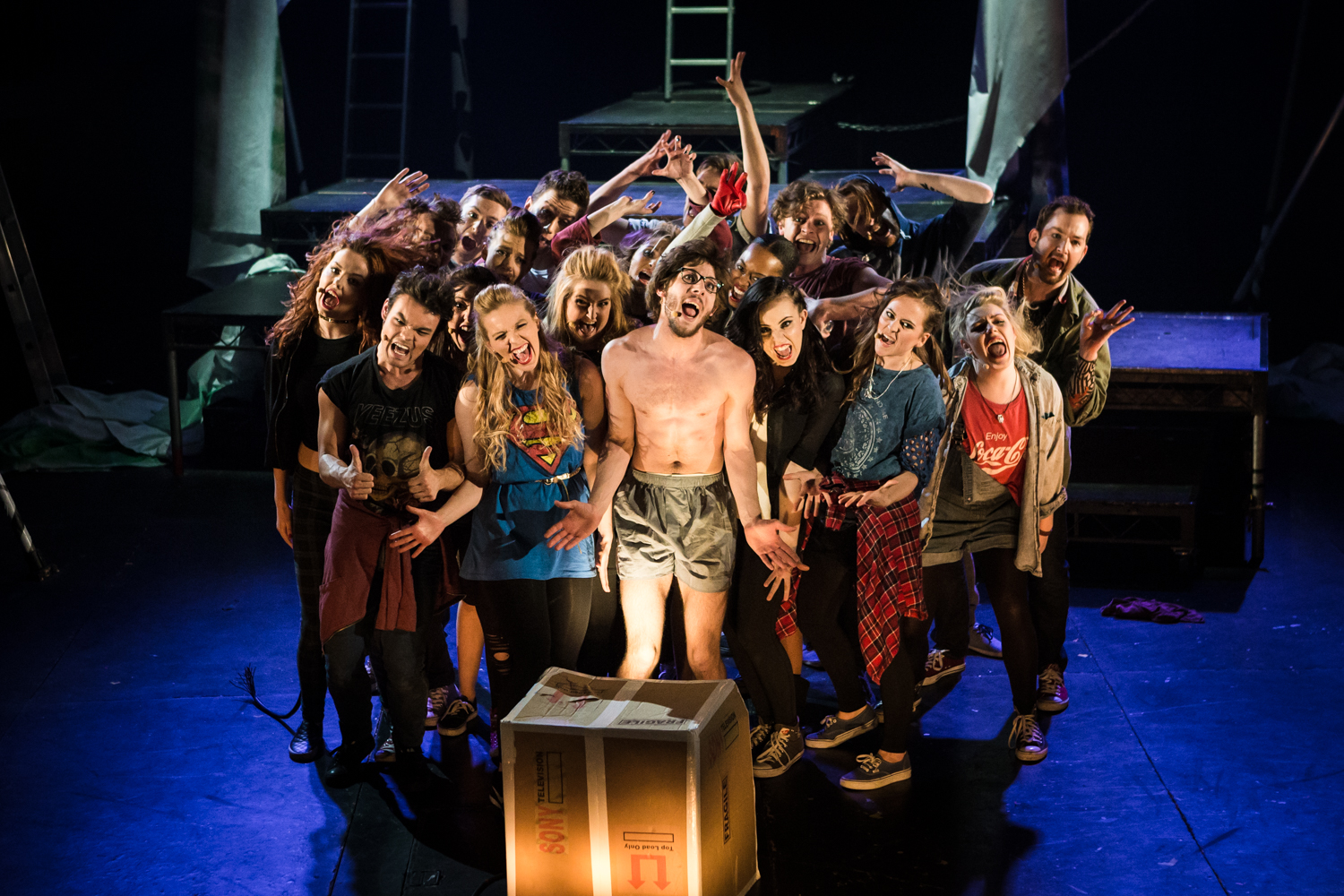 I knew it was a good show five minutes into the first run through. The LSMT cast was energetic and tight, and the show itself was amazing. Great. There were some alarming moments in the run through; the cast threw themselves around, and there was a bit of singing while lying on the floor. Then there was the fan, a huge fan blowing into the cast while they were singing.This presented some issues to solve regarding radio mics.

This is when Simon (the operator) and myself (the designer) bonded.

The show by its nature had to be loud so getting the radio mic heads as close to the actors mouths as possible was the only way to make this happen. We added boom mics and worked to get the position the radio mic packs so they would not get trashed while the cast were performing the demanding choreography. I decided to use foam pop shields to protect the mics from the fan. 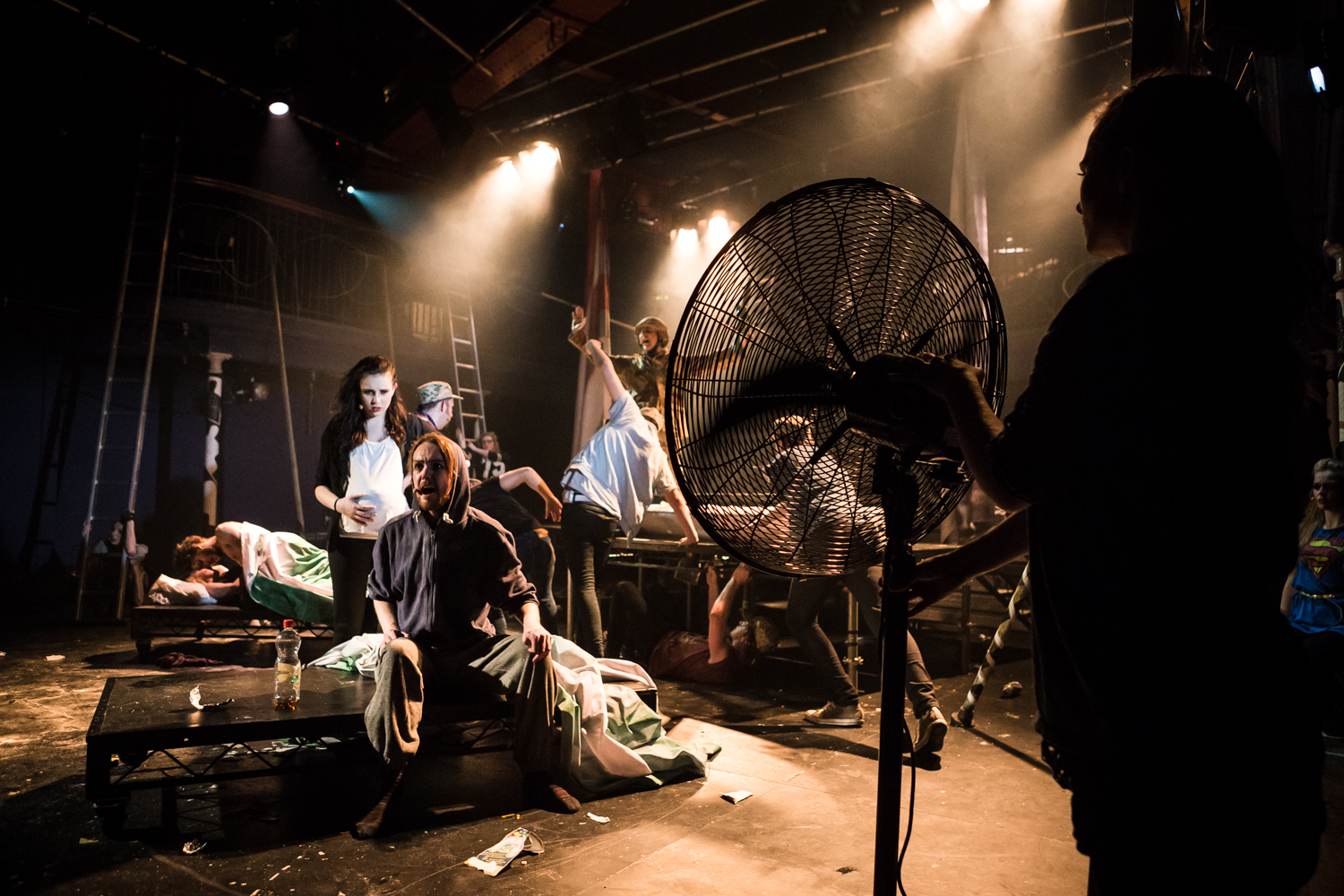 The show had high-quality equipment with a Meyer rig and Sennheiser radio mics with DPA mic heads. The Sitzprobe (the first rehearsal where the orchestra and singers rehearse together) was loud but thoroughly exciting. We all left thinking we had a good show and were in great shape to start the technical rehearsal.

With the five-piece band on a level above the stage I thought we could get away with miking the guitar amps rather than using pods. I prefer the sound of live guitar amps, but in a theatrical situation it is important to be able to isolate the amps. The drummer was behind screens with a serge roof that created a booth. 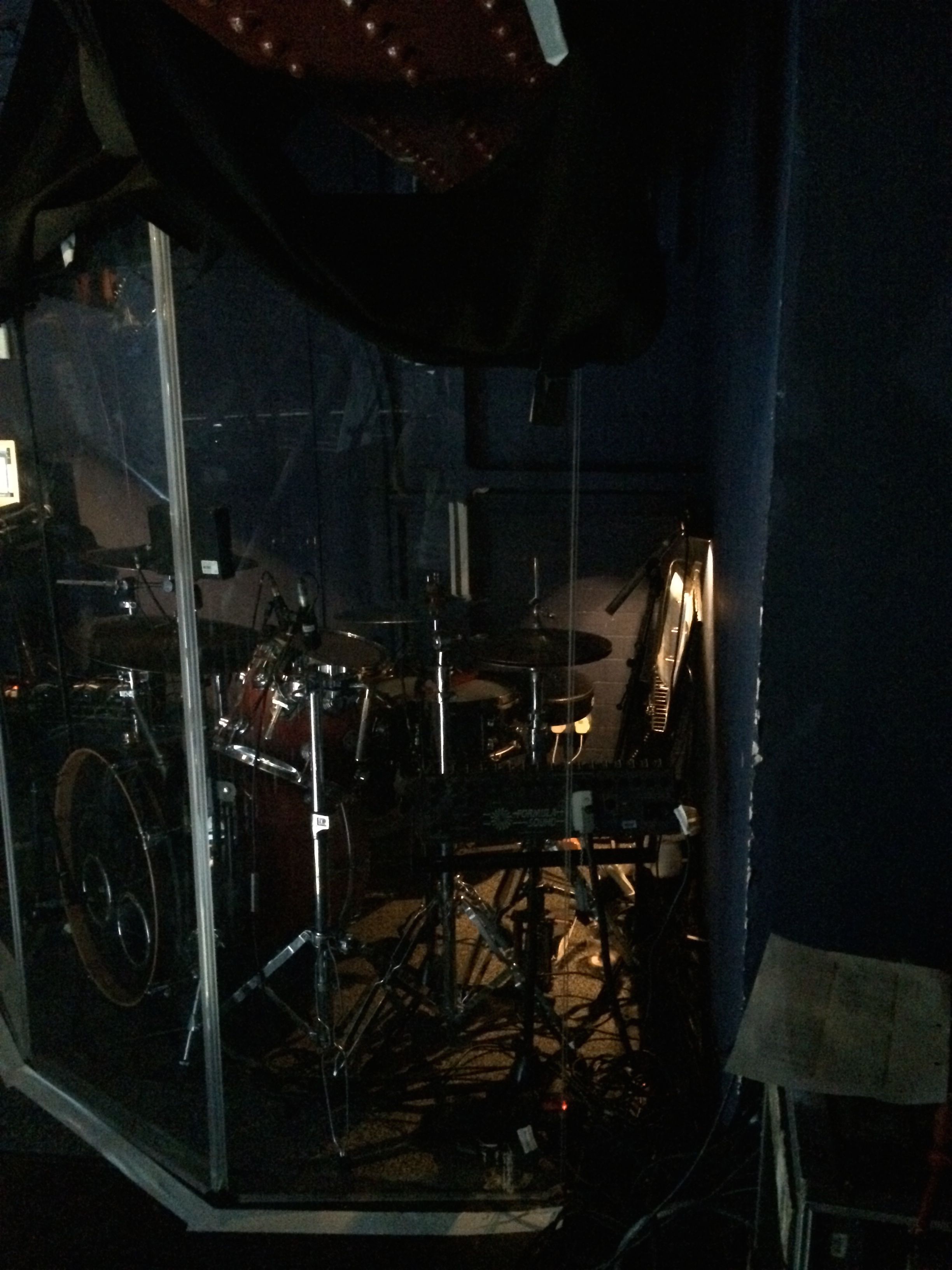 We tech’d without the full band, but we did have keys and tracks. So there was plenty of time to get a good drum sound and work on the vocals. We did a quick check for level with each cast member and then the tech started.  I enjoy this part of tech, finding out how hard you can push the mics, working with EQ, setting the compressors. It was a chance to get the vocal system set and working before the band turned up for the dress rehearsal.

During the tech, Simon worked on getting all the right mics up at the right time. In general the show is programmed or at the least the VCA assignment changes are before tech. This allowed Simon to step through the cues on the desk at the right moment and have all the mics he needed for that scene.  While Simon is doing this, I’m setting gains, EQ, and compressors.

Technical rehearsals can be intense, things happen quickly, or you can spend hours waiting for lighting. The relationship between the designer and the operator needs to be a good one. If you’re fighting each other, it can’t run smoothly, and it is not enjoyable. Mixing a musical is a stressful job, and the operator must work hard to keep on top of things.  I spent many years operating musicals in the West End and know first hand how beneficial a five-minute break can be for the operator. So I make sure they get a break and bring them a cup of tea or coffee. The audience incoming was accompanied with a mix of different snatches of late night T.V shows, which segues into the cast entering one by one. The final cue of the pre-show was the first number American Idiot. American Idiot needed to start with a bang, but you can’t start at crash level and then keep turning it up. If the sound is at crash level throughout the show, then the audience will tire of it, and there is nowhere for the show to go impact wise.

There were intimate moments in the show that needed to be soft, it also allowed the audiences’ ears to get a rest. So when the next big number came, they could appreciate the change of dynamic. The show had a beautiful ending, all of the band wondering the stage, playing acoustic guitars, and the cast barely in the system with just a little touch of reverb. Shows need to have a dynamic arc; intimacy is just as powerful as loud when used appropriately. 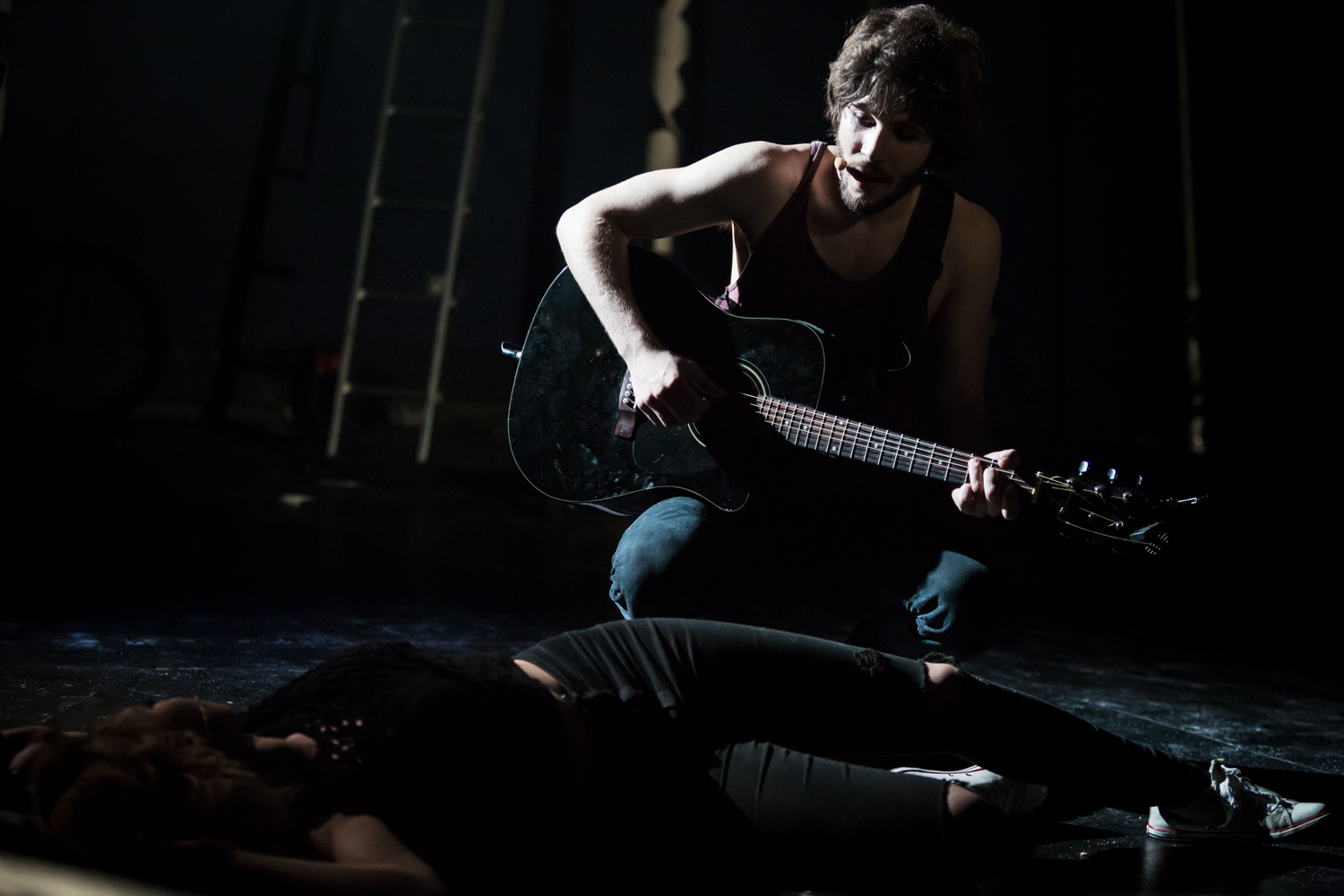 In the West End sound world, we no longer say good luck, break a leg or have a good one. It may seem harsh but what a designer often says to their operator is “don’t fuck it up”. I like it better. Admittedly the first time a designer said it to me my heart dropped into my boots. But it is better than good luck, its means you are in control of the outcome.  It means having a good show or not, even if the orchestra pit catches fire, (I’ve done that gig). Isn’t down to the blessing of the Theatre Gods. It means you are prepared. You are focused.  You can keep getting the lines in while sorting out a temporary EQ on a mic that has sweat in it. You can keep pushing the mix into the place it’s supposed to be. Then you will have a good show because you didn’t fuck it up. It’s in your remit it is not down to luck. 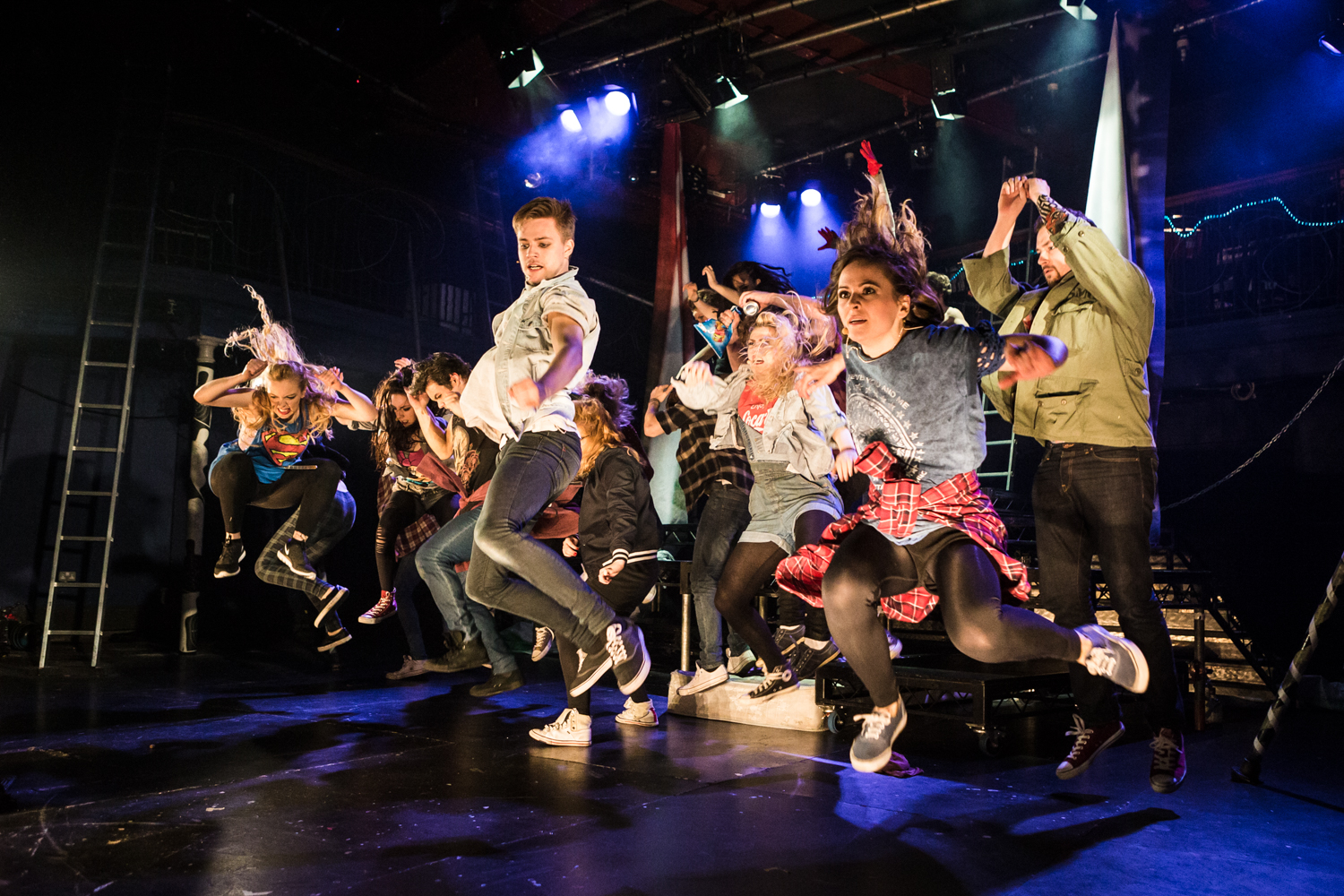 So try not to fuck it up.