My Journey into Live Sound – So Far 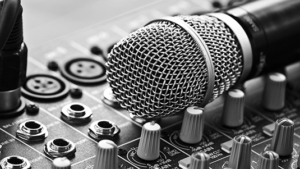 Some of us are lucky to know what we want to do when we grow up and can go to college and study our chosen profession.  When I was 15 years old, my interest in music began, from a very technical point. I started to listen to electronic music and was delighted by the effects like flangers or delays. Then I found out they were not a big thing, but I was amazed at that time. In that moment, I knew I wanted to know how to make songs but not as a composer. Then, I discovered gigs. I loved the energy coming from the performers to the audience, and I was impressed with how I felt during those two hours. Then I discovered the job of an audio engineer what I wanted to be a live sound engineer.

I enrolled in sound school when I was 20; I was in a class with a varied group of people: singers, composers, guitarists, bassists, drummers, pianists, DJs, and people who wanted to learn audio. The first day of class was complicated: my teacher, a live sound engineer was talking about things I’ve never heard of before. He talked about digital consoles (a Tascam DM 4800), and channels, aux sends, inserts, solo types, effects, master fader … and all of my classmates seemed to know what he was talking about but me. I remember that when I got home and reconsidered my choice for a moment. Was I in the right place? Did I choose the right thing? Is this what I really want? It was overwhelming! But my argument was solid and straightforward: “I want to learn how to work and mix concerts, and it’s okay if I don’t understand everything yet. That’s why I am going to school.”

There were three women out of the twenty students the first year and four in our second year. When I told people I was studying audio engineering they would say things like ‘that’s a man thing,’ ‘there aren’t many girls doing what you do,’ or even ‘are you a lesbian?’  I also received comments like ‘that’s so cool! ‘that sounds like so much fun!’ or ‘ there should be more women in here’ … eventually, I got used to this two sides.

As the time passed, the students started to choose different disciplines; recording, mixing, mastering, post-production, DJs, producers, marketing, and live sound. My teachers and mentors were always so real about the pros and cons of working in live sound. The lack of sleep, the fast-paced travel, battling the elements, this just fed my enthusiasm. I knew it wasn’t going to be easy and I also knew I would need to put in years of hard work before I would get the chance to be on an international tour.

I love preparing for an event. Learning the console, prepping my gear, choosing microphones all to make the performers comfortable onstage and do to provide the best sound possible to the audience. The journey is complicated, especially when you are a beginner and (though I refuse to accept this) being a woman. Every show teaches me something. I still have a long way to go in front of me, and I want to keep this excitement and drive to learn. 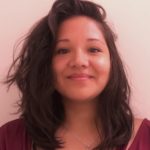 Brenda Oyola is a sound engineer who was born in Colombia and now living in Spain for the last 12 years.  She studied Audio Production at SAE Institute in Madrid and graduated two years ago. Though she’s happy working in recording and post-production, her true passion is Live Sound.  Brenda has been working around the country as an assistant and technician. She also has a deep interest in acoustics and enjoys listening to music. Though she has a long way in front of her in this spectacular industry, she hopes to keep the same passion that took her into this business and will keep working hard to make herself a great sound engineer.