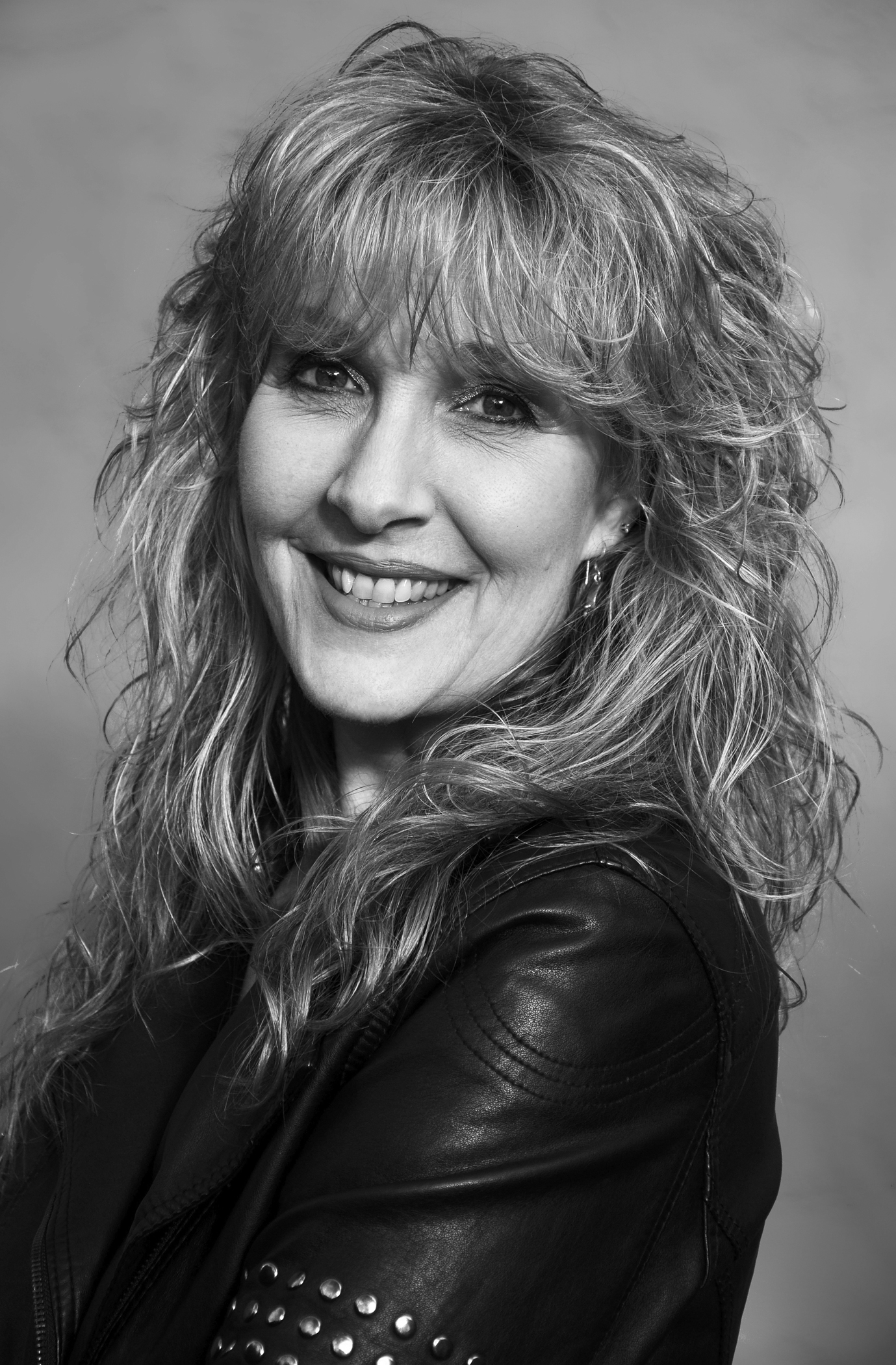 Jill Meniketti has been around the music business for most of her life. She is Manager of rock band Y & T, blogger, and author. Her first novel, “Welcome to Groove House” was released in March 2015. Soundgirls.org talked to Jill about how she got started in management.

What is your background in the music business?

I’ve been around the biz most of my life, as my brothers were musicians. Then I married a rock star (together 33 years, married 31). Rest assured, I was never the Spinal Tap girlfriend. Being entrepreneurial-minded, I couldn’t help observe, but I stayed completely out of the band business; that was his thing. So I learned the business by osmosis. In the late ’90s, I had a short stint with my own band, where I did the booking, PR, etc., and I found that I really enjoyed the business side.

After the industry kicked hard rock bands to the curb in favor of grunge in the ’90s, in the new millennium these acts begin to experience a resurgence. In 2002 my husband’s band started touring again. The digital world was catching on, and I noticed that the band had no web presence, and nobody was doing PR. It bothered me to see that side being neglected. So being a DIY kinda girl, I took it upon myself to build them a web site, and I started sending out press releases for their shows—just as I’d done with my band. I figured someone needed to launch them into the present day, why not me? To my surprise, they put me (minimally) on the payroll.

How did you get started in management and how long have you been doing it?

I just sort of happened into it. Eleven years ago the band could see that their longtime manager had one foot in retirement, which was good for him, but the guys wanted to play! At that point I’d been (minimally) on the band’s payroll for two years running their website and doing PR. Gradually I started doing other tasks, including legwork for booking shows, since their manager had said he “didn’t want to do anything that resembled work.” One night backstage in Madrid, the band’s original drummer suggested they should fire current management and move me up the ranks. I felt honored to even be considered! My husband wasn’t so sure, though; he knew I could do the job, but he had no interest in being “married to his manager” (he’s only too aware of my workaholism). But he agreed to a trial period of one year. During that year, I kicked their asses, and he’s never regretted the decision.

What does your role as manager encompass?

I wear many hats for Y&T. Aside from being the band’s manager and handling the day-to-day business, negotiating a plethora of contracts, PR, and the like, I also do all of the booking and make all travel arrangements. Plus, I advance all of the shows, and I go on every tour wearing the additional hat of tour manager. I used to also do merchandise, but I wised up last year and finally delegated that one. Booking agents have told me I’m insane for doing it all, and maybe so, but I know what the guys want. In the end, though, there’s nothing like having someone with a vested interest (and I mean personally, not financially) running the show.

What do you find is the most difficult part of the job?

Juggling it all. I’ve always been good with time management, but the sheer magnitude of my workload can be overwhelming. I once had a friend ask what I do all day, and didn’t the promoters do it all for me? Don’t I wish there was such magic! Routing a tour is a challenge, a jigsaw puzzle; it isn’t the breeze that people imagine.

What is the most rewarding part of your job?

When the stars finally align (with plenty of nudging on my part) and a tour routing I’ve worked hard on coalesces, that’s the first reward. Then, on that tour seeing the band doing what they love on stage every night, and seeing the happy fans at every show—that makes the stress and craziness of what I do all worthwhile.

What do you feel are the most important skills or traits for someone considering getting into management?

You must be solution-oriented, have a good head for business, an abundance of perseverance, a positive attitude, and a shit ton of energy.

There are not many women managers, and I can imagine sometimes you meet with opposition from some men in the industry.
Have you ever run into someone who didn’t want to deal with you because you were a woman? Have you ever felt you were being treated differently than your male counterparts? If so, how have you handled it?

Thankfully, I’ve never had anyone refuse to deal with me due to my gender.

Only once did I feel treated wrongly but perhaps more so because I’m also married to the band’s leader—one cocky promoter told me that I was just the guitar player’s wife. Well, this “guitar player’s wife” is first and foremost the band’s manager, who had the power to cut that promoter off at knees and never work with him again. I take my job seriously, and as such, at work I’m the band’s manager; I’m not there as a wife.

You are also a writer, and you’ve just released your first book. As an artist yourself, do you have a manager or do you manage yourself?

I manage myself. I’d love to delegate certain tasks to someone else, but that’s just not going to happen anytime soon. Plus, I know that I have my best interest at heart. 😉

How do you find it different from managing other artists?

As an author, I only have to answer to myself—and I’m pretty tough on myself. 😉

Thankfully, I only manage one artist, and that’s a more-than-full-time job in itself. I’m blessed that my guys are pros so that part of the job is easy. Being an author is a lot of work, but the band always comes first for me. Finding the time to do it all is a delicate balancing act.

What is your favorite thing to do in your free time?

I could certainly use some more of that! I treasure spending time with my husband. We’re both seriously into good wine, and we delight in discovering new wines throughout our travels. At home, after a long day of work, we look both forward to relaxing on the couch with a nice glass (OK, maybe a bottle) of wine and a movie. We enjoy hiking though I’ve been much too cooped up lately to hit the trails; I look forward to getting back out there this year, between touring.

Since you are a writer, who is your favorite author?

Ooh, that’s like asking me my favorite song, or artist, or movie. So many good ones, and it’s ever-changing.

How do you find balance between work and personal life?

That’s the tricky part, especially considering I’m a workaholic. I love to be productive, but sometimes (not often enough) I have to say, that’s enough, and actually close the office door. I’m still working on that one.

Tell us about how Behind the Art came about?

I started my “Behind the Art” blog series of interviews for several reasons, not the least being my own curiosity of the working lives of others and how they landed their positions; I’ve found that their journeys can be quite storied.  I figured that if I was intrigued, surely others would be, as well.  I must be onto something because the fans are loving it; at nearly every show on tour people tell me how much they enjoy the blog, and they ask me to keep it up!  So many people don’t realize the plethora of effort that goes on behind the scenes to bring a show (let alone a tour) to fruition, and all the unsung heroes who are behind the art.  Aside from being interesting reads, if one of my articles happens to empower a reader–to pursue a new career, take a stand, follow a dream, whatever–then that’s a lovely bonus. 🙂

Check out Jill’s Blog- Behind the Art for a behind the scenes look at the music industry.

You can purchase Jill’s book- ‘Welcome to Groove House’  here.