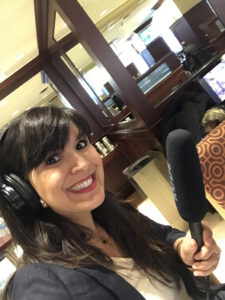 I never really followed the “traditional” path to get to where I am today. The world of audio has led me in all kinds of different directions. And it made me a better engineer because of it.

I didn’t start out knowing I wanted to be an audio engineer. In fact, I had no clue what I wanted to do. I went to college after high school because I have Dominican parents, and as the child of immigrants, there’s tons of pressure to do better and take full advantage of the opportunities this country has to offer. All through my life, people called me a human jukebox because of my love of music and eclectic taste, so I started a music minor fairly quickly (I grew up playing piano and trumpet) and declared a major in a foreign language. By the end of my time in undergrad, I had taken enough classes to tack on a minor in mass communications (this will come in handy later).

While I was working on this degree, someone gave me a copy of Cool Edit Pro – an early DAW and editing software – you know it as Adobe Audition. I became a wiz at editing music together for dance groups and random school projects.  It was clear to me that music was going to be part of my life, but I just didn’t know-how. In the late 90s and early 2000s, audio engineering wasn’t something I saw in the media – much less a thing you saw women doing. Especially as a Latina – those aren’t jobs you do. But I had to figure out a way to work in music.

One afternoon, I was cleaning out my desk at my parent’s house and wondering what I should do with my life when I found an old brochure for the University of Miami. I considered Music Business, and when I turned to that page, I saw a degree in Music Engineering right next to it. I read the description and a light bulb went off in my head. This was it. This was obviously what I was meant to do.

To make a long story short, I went back to school to study audio (not at UM), a job my parents didn’t fully understand, but supported my decision. My ultimate goal was to work in Latin Music – to do that I would need to eventually end up in Miami. It was the music I loved and grew up with, so naturally, I wanted to hear it every day. But after my program finished, that was not the option on the table. It was also at this point where I decided I actually wanted to live in New York.

I’ll remind you here that I am the child of immigrants, so free internships were not an option for me. My parents already asked when I was going to get a real job, so working for free just wasn’t going to cut it and NYC is not exactly cheap. I met the great engineer and professor, Jim Anderson, during a student mentoring session at the AES convention. Jim told me, “Don’t go to New York; go somewhere where you can make all your mistakes. Then you can go to New York.” So, I applied for a work-study at the Banff Centre for the Arts in Canada – a program he suggested.

In September of 2006, I was on a plane to Canada, where I would spend six months in the most picturesque place you can imagine, recording and learning how to be an actual engineer. I messed up a lot, but I asked a million questions, and this was a place that fully supported your personal projects. While I spent most of my time learning and recording classical music and jazz – I took my off time to find a Brazilian batucada group in Calgary to see if they wanted some free studio time. Offering free studio time will become a theme with me, but we’ll come back to that. 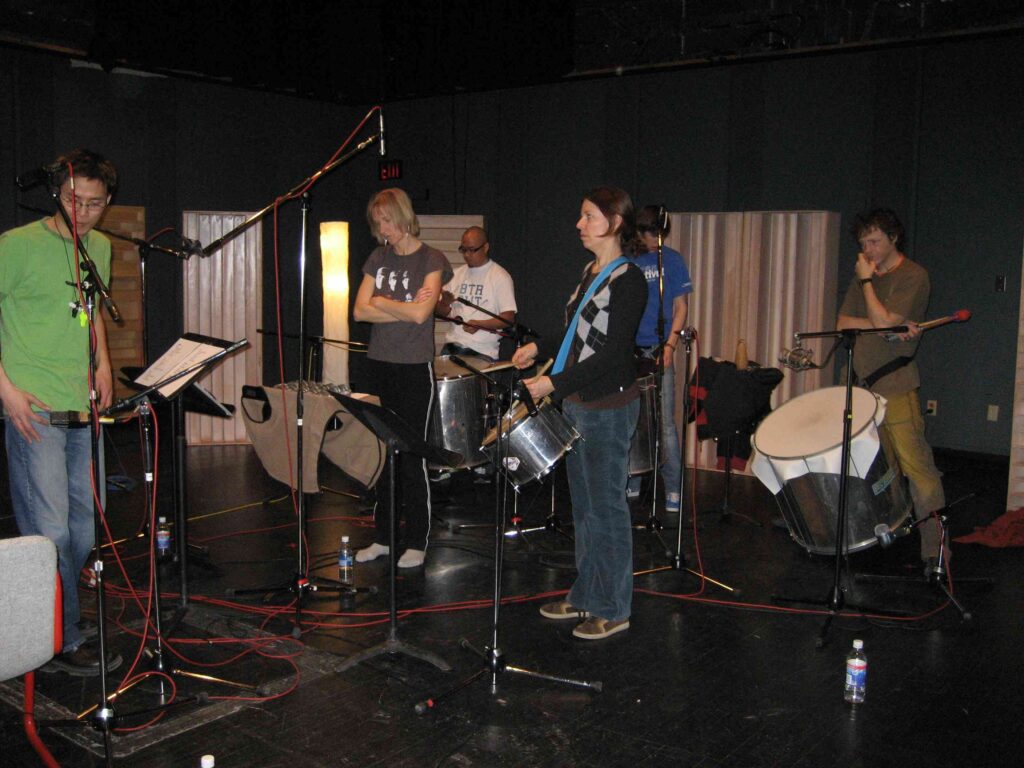 The Banff Centre led me directly to my next gig at the Tanglewood Music Festival, the summer program for the Boston Symphony Orchestra which then led me to my first job in New York City. I worked with then LongTail Audio doing archiving and restoration for the Metropolitan Opera Project. I hated opera. When my colleague told me about the job I said no probably three or four times, but every studio I wrote to in the city offered internship after internship with no pay. I was offered a spot at one of the larger studios – 40 hours a week, for 3 months unpaid, but as I’ve mentioned before, there was no way I could find a way to live in NYC with a job that was unpaid. So, I grew to love opera. And I still do.

I took a second job as a part-time engineer at the Manhattan School of Music, and for the first few years in New York, I basically worked all the time. But these jobs had me working with some of ex-Sony Classical engineering heavyweights and taught me so much about audio that it set me up with a super-strong foundation. I learned how to listen, how to pay attention to detail, how to work with large groups, and how to be prepared for any scenario. I learned amazing mic techniques and how to use minimal mics to capture great performances. I learned how to use analog tape. And that’s what I did until I decided I wanted more stable work and not to work 24/7. 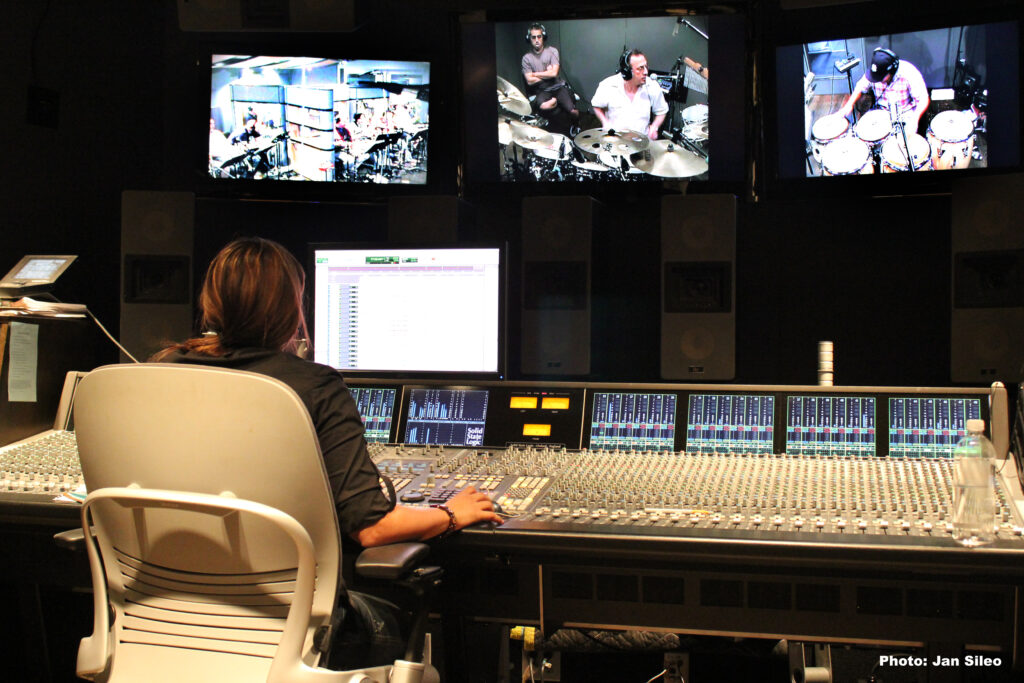 I got my foot in the door in radio after completing a Masters degree in 2012. Not just engineering – I started producing as well. Now, if you have your mindset on working in music, you may completely reject the idea of radio. And in fact, sound design is quite a different skill set, but it’s not to say that you won’t learn something through it. In radio, you learn to work with the equipment you have to make something sound great. And so many other engineers I’ve met, all have similar stories – they started out in music and transitioned or fell into radio. For me, radio taught me about storytelling and I applied this to my work in music.

I’m going to jump forward to 2018. I’m now a Senior Engineer for a podcast on NPR and racked up some really great music credits before that. On a whim, I put my resume in the running for the EQL residency thinking I wasn’t going to get it. (This is the 6-month residency Berklee University and Spotify created for women engineers). But I did get it; a paid residency, landing in the room where some of the biggest names in the business came through. I negotiated studio time on weekends, and I started offering free studio time to artists I admired within the Latin indie scene in New York.

You may wonder if I’d been working for over a decade at this point, gotten a Grammy nomination while at Swan Studios, why I would want to leave a full-time job for a residency and/or be offering free studio time. And that’s because

And this last part is important. Because everyone says “It’s who you know” but it’s not – it’s who knows you.” Who knows your work, can vouch for you, can call you for a gig, or recommend you to someone for a project. And sometimes, that takes some freebies (aside from tons of networking). Now, part of this scenario is that I’ve never been afraid to ask for something. So if I wanted studio time, the worst they were going to say was no, and I could live with a no. I couldn’t live with the ‘what if.’ And also, there was no one too big to offer studio time to. So, I emailed a lot of people and at the end of the residency I managed to record tracks for Flor de Toloache, Williamsburg Salsa Orchestra, and overdubs for Making Movies featuring none other than the GOAT Ruben Blades (this not including the sessions I assisted on for Spotify Singles). 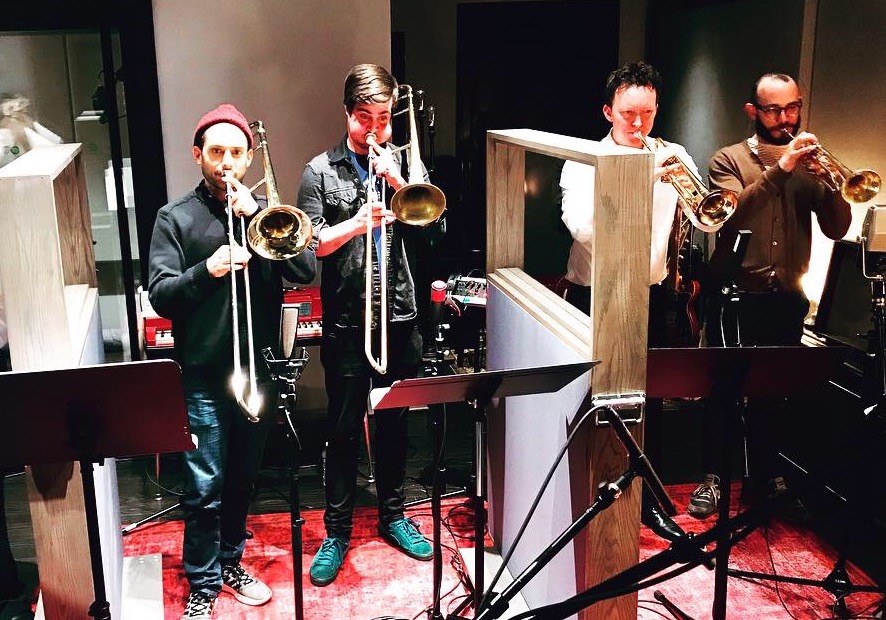 What all came together for me here was all of the work I had done in classical and jazz was essential to what I was recording. Here I was recording some of the same instruments within a different context. I felt such an aha moment, such gratitude for the much lengthier path it took me to finally get here because at the end of the day all of these dots did in fact connect. Even radio directly influenced my work. I mentioned earlier it taught me about storytelling – the music, as well as the lyrics of a song, are in themselves part of a narrative.

At present, I’m now working part-time in radio and freelancing in music again. All of this to say that sometimes your end goal may not be reached by taking the obvious or direct path. I loved working in classical and jazz, but in the back of my mind was always the thought of how I could get to that original goal. I didn’t know where I would land, but I just trusted my gut when it came to taking on new jobs. As a woman in audio, we all know the struggles it takes to prove yourself in the industry, so sometimes that means taking the job that’s going to give you the best foundation you can have or the best job on the table at that time. It took me longer to get here, but my tool kit allows me to do a lot of different things and for that I’m grateful.

Jeanne Montalvo is a Grammy-nominated audio engineer and radio producer. She was the 2018 EQL resident at Spotify Studios and Electric Lady Studios in New York City, assisting in the recording process for artists like John Legend, Alessia Cara, and many more. She also recorded sessions with Ivy Queen, Making Movies and Ruben Blades, and Flor de Toloache. In 2017, she was nominated for a Grammy Award as Mastering Engineer for Vladimir Horowitz: The Unreleased Live Recordings and her recording of Multiverse by Bobby Sanabria’s Latin Jazz Big Band was nominated for Best Latin Jazz Album at the 2012 Grammy Awards. She’s worked at the Banff Centre for the Arts, the Tanglewood Music Festival, and worked on live recordings with Spike Lee and Al Kooper.

She broke into radio after receiving her Masters in Music Technology from New York University, working as an audio engineer and producer for National Public Radio, the Duolingo Podcast and projects for Sony and the New York Times. She is also the creator of “Live from Latino USA” a live and (mostly) unplugged video series that features Latinx talent from Jessie Reyez to Jose Feliciano. She is currently the treasurer of the Audio Engineering Society New York Section. See more at jmosound.net