How to Create the Sound of Murder Without Actually Killing Anyone 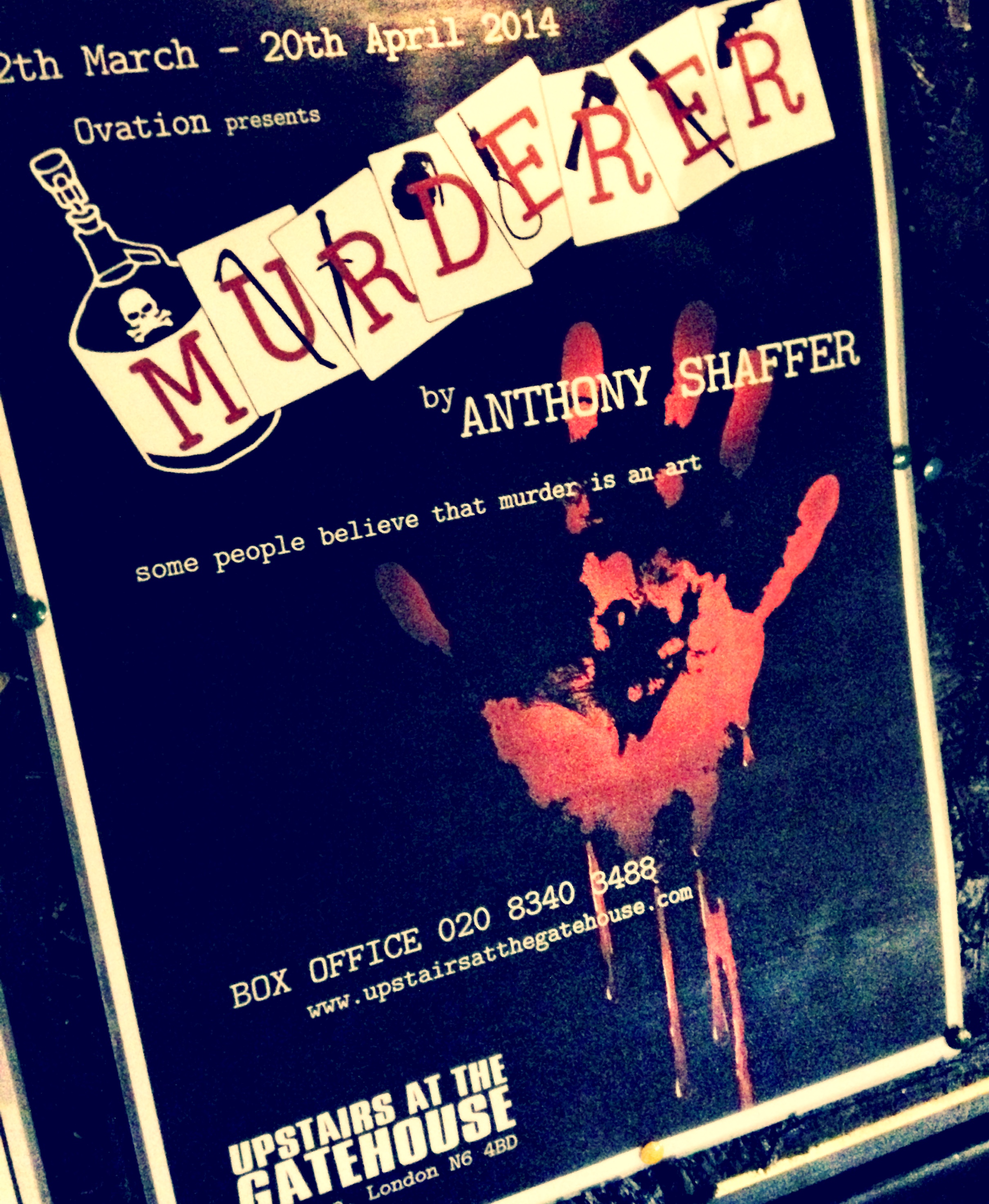 I love working as a sound designer in fringe theatre. It’s underfunded, often underpaid and over-looked, and it can also reveal unexpected and rewarding creative challenges.

When I say “fringe theatre,” I’m talking about London (UK) fringe theatre, as that’s where I’m based. I know not all cities, or countries, have permanent off-West End (or off-Broadway, in an American context) venues that regularly produce professional theatrical work outside of a festival, which makes me all the more grateful that I live and work in a city where you don’t have to have arts bodies funding to make great theatre, although that definitely helps. 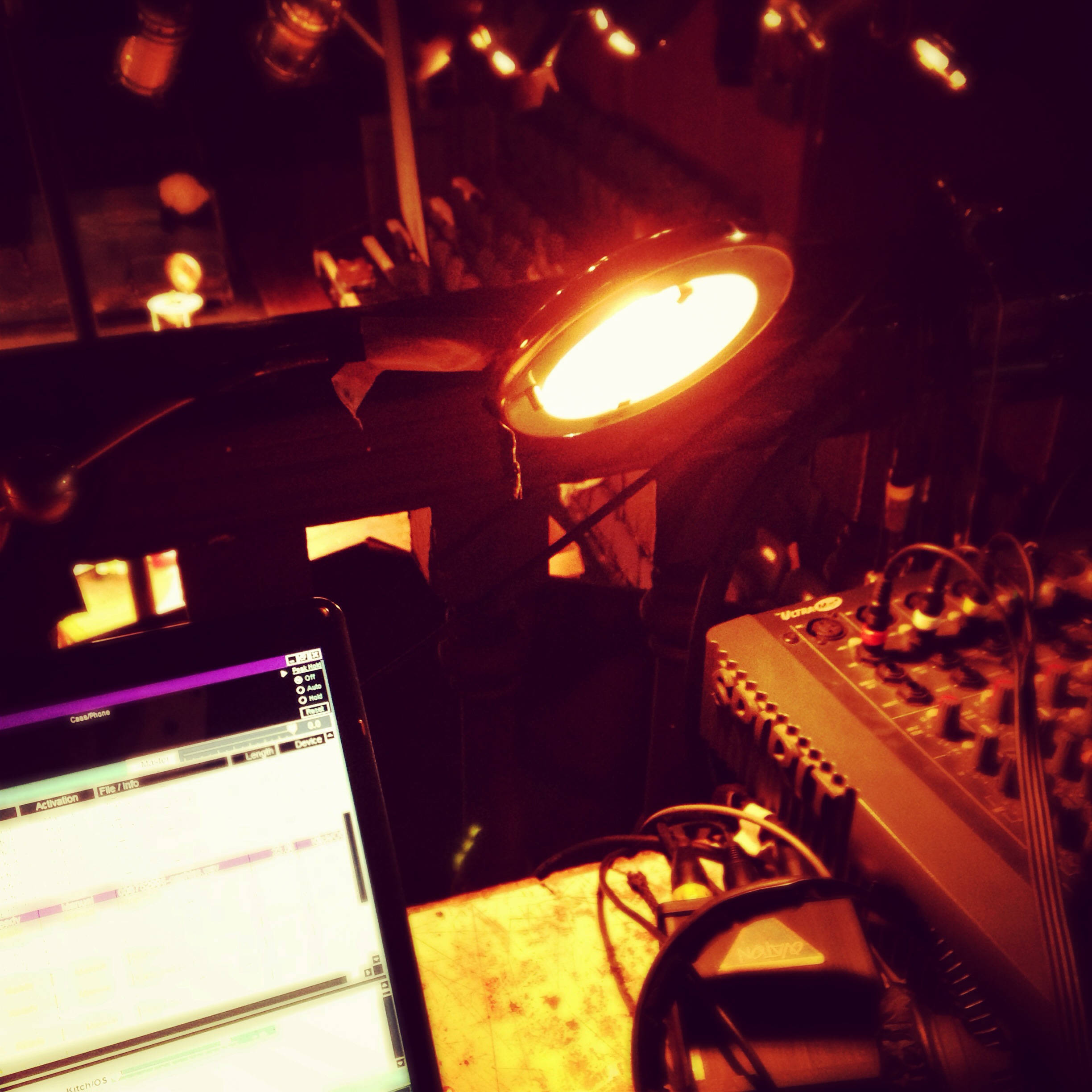 You never know what you’re going to get in terms of your system layout in a fringe theatre. Fringe theatres in London are a mixture of pub theatres (theatres run separately from, but physically attached to a pub), small independent venues, and immersive theatre events which temporarily turn non-traditional spaces into performance venues. Quite often your FOH is limited to a stereo pair (two stereo pairs if you’re lucky!) and even if your venue can rustle up extra speakers for sound FX, the budget not might stretch to extra amp units, or to purchasing the sound FX.

All productions have their own problems, of course, and this will be a familiar tune to anyone who’s worked in theatre on a budget. It can be frustrating, and it can also be an interesting challenge: how can I make the sound design for this production as effective as possible using only what the venue can supply, and my own skills? In my design for Murderer, this became: how can I realistically create the sounds of murder (without actually killing anyone)?

Back in March 2013 I was invited to work on the sound design for a new production of Murderer at Upstairs at the Gatehouse, which is a fringe theatre above a pub in Highgate, North London. Murderer is a British black comedy set in 1970s in Dorset, written by Antony Shaffer, better known for his screenplay of The Wicker Man, and hinges on the belief that the main character may or may not be an actual murderer. I was a bit of a last minute addition, there had been someone involved who had agreed to source the sound effects but had dropped out at a late stage in rehearsals, by which point it had become clear that the sound design required a bit more than dropping MP3s into an iTunes playlist. 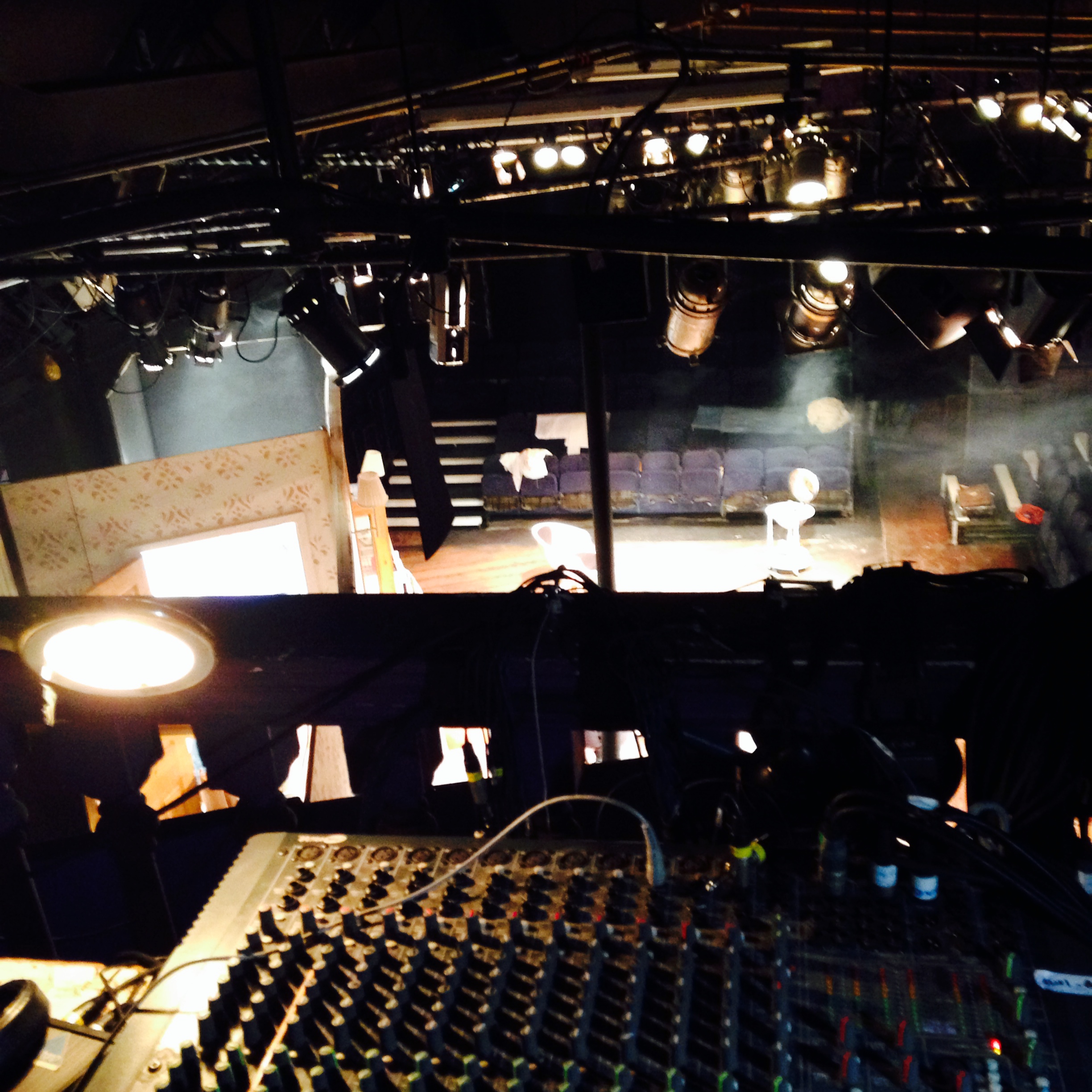 The main reason for this was that the creative team had decided that a lot of the murderous action would take place in silhouette, and a good portion of this happens in the first 20-30 minutes of the play, which has no dialogue and only one actor on stage for the majority of the action. In the first 25 minutes of the first scene, the protagonist would drug his girlfriend, carry her upstairs and dump her in an empty bath, hack her body to pieces with a small axe, then a small electric saw, make himself a cup of tea and a sandwich, then burn the body pieces in a wood stove, finishing with her head.

We quickly realised that the best way to get realistic body-hacking-up sounds was to make them practical, especially as the actor would be in silhouette, and any recorded sound FX would have to be timed, which could easily sound unnatural. That left me to source or create FX of the wood stove burning, incidental FX of a 1970s-era phone ring, a dog barking, a kettle whistle, the sound of a body being dumped in the bath, and additional murderous sounds.

The sound of a body being dropped in the bath was one of a set of sounds that I mentally termed “the bathroom FX.” The opening scene is one of several murders in the play, two of which take place in the bathroom with the same actor as the victim (this makes sense in the context of the play). It was important to me that these FX sounded like they happened in the same space, to the same person: the female actor being dropped in the bath in Act 1, Scene 1 also had to sound like the female actor being drowned in the bath at the top of the second half of the play. Pre-recorded FX couldn’t cut it, so out came my Zoom H4 and my Foley expertise. 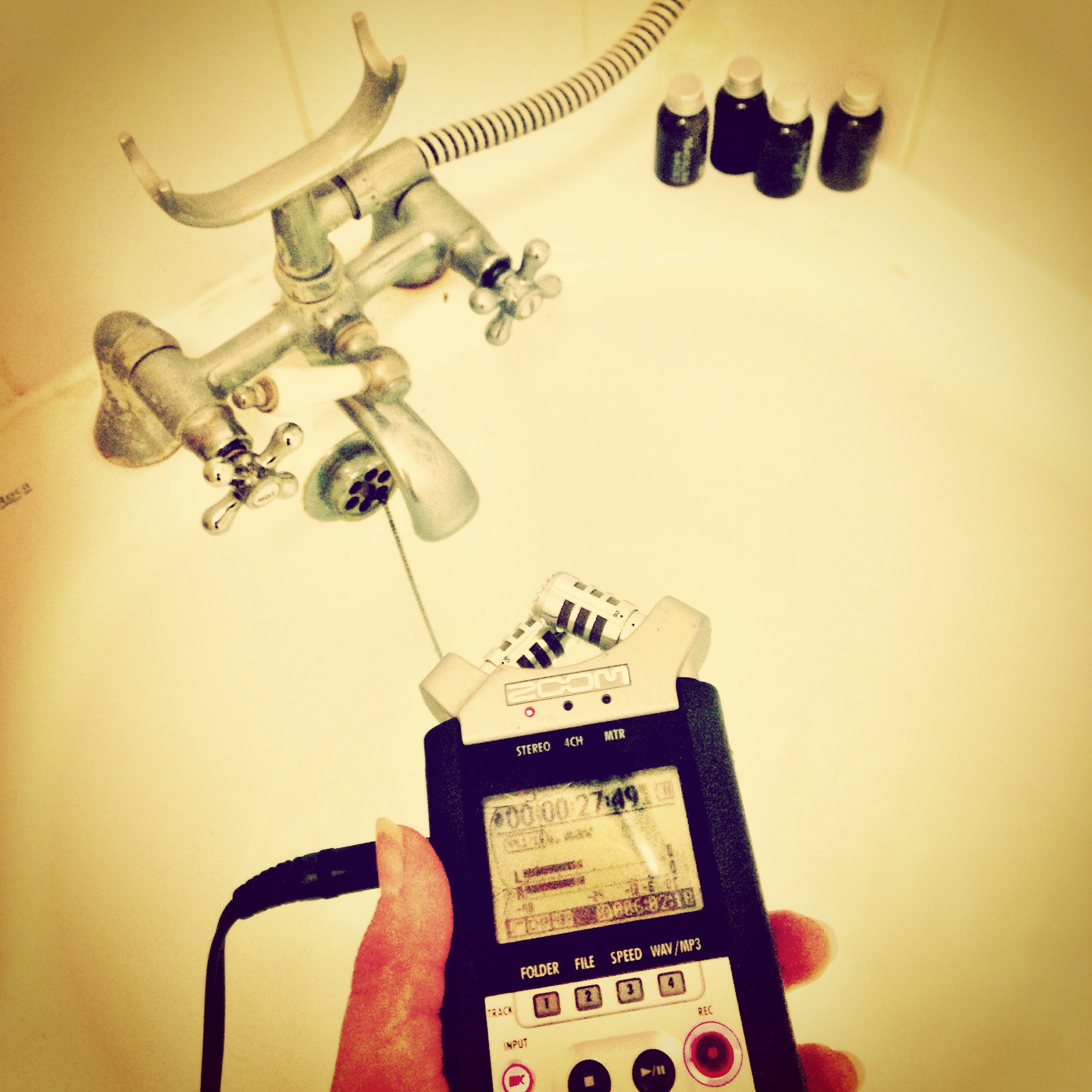 I already had a great match for a space in terms of size and sound: my own bathroom (the perks of living in a small London apartment). Now I needed a match for the actor and handily, I could fulfill my own requirement, being broadly the same height and weight. Drowning myself was the easy part. Aside from careful positioning to ensure a splash-free Zoom and my own discomfort in asking my partner to push and hold my head under water, we managed realistic sounds of a drowning young female within a few takes, complete with flailing limbs, gurgles and gasps for breath, plus other FX of taps running, the bath filling and me getting into it and splashing a bit, which were required for another scene.

Faking a body dump was harder. It’s really hard to either drop yourself into an empty bath, or drop someone else into a bath, without risk of injury, something I stupidly hadn’t considered. Putting a rug down to line the bath didn’t help as it muffled the sound I wanted. I thought about finding a free or cheap body-substitute, but shop mannequins, or even a sack of potatoes weren’t easily accessible. What weighs about as much as a body, enough to give a sound satisfying weight and depth, but wouldn’t cost me money? My best answer: a rolled-up carpet.

The carpet I sourced in my apartment had a tendency to bounce a little but after a few takes I had most of the sound I wanted, including a nice solid, meaty drop and the sound of a “body” sliding down the bath. There was still a quality to the sound which was missing: the weight and drag of limbs. Carpets are distressingly short on limbs so I needed to co-opt my partner again to suspend himself over the bath (now lined with carpet) then do a controlled drop into it that would convincingly capture the sound of unsecured limbs on an unconscious body bouncing off the sides of the bath. A bit of editing later and out of several sounds I had one: my body-dumping-in-the-bath effect. 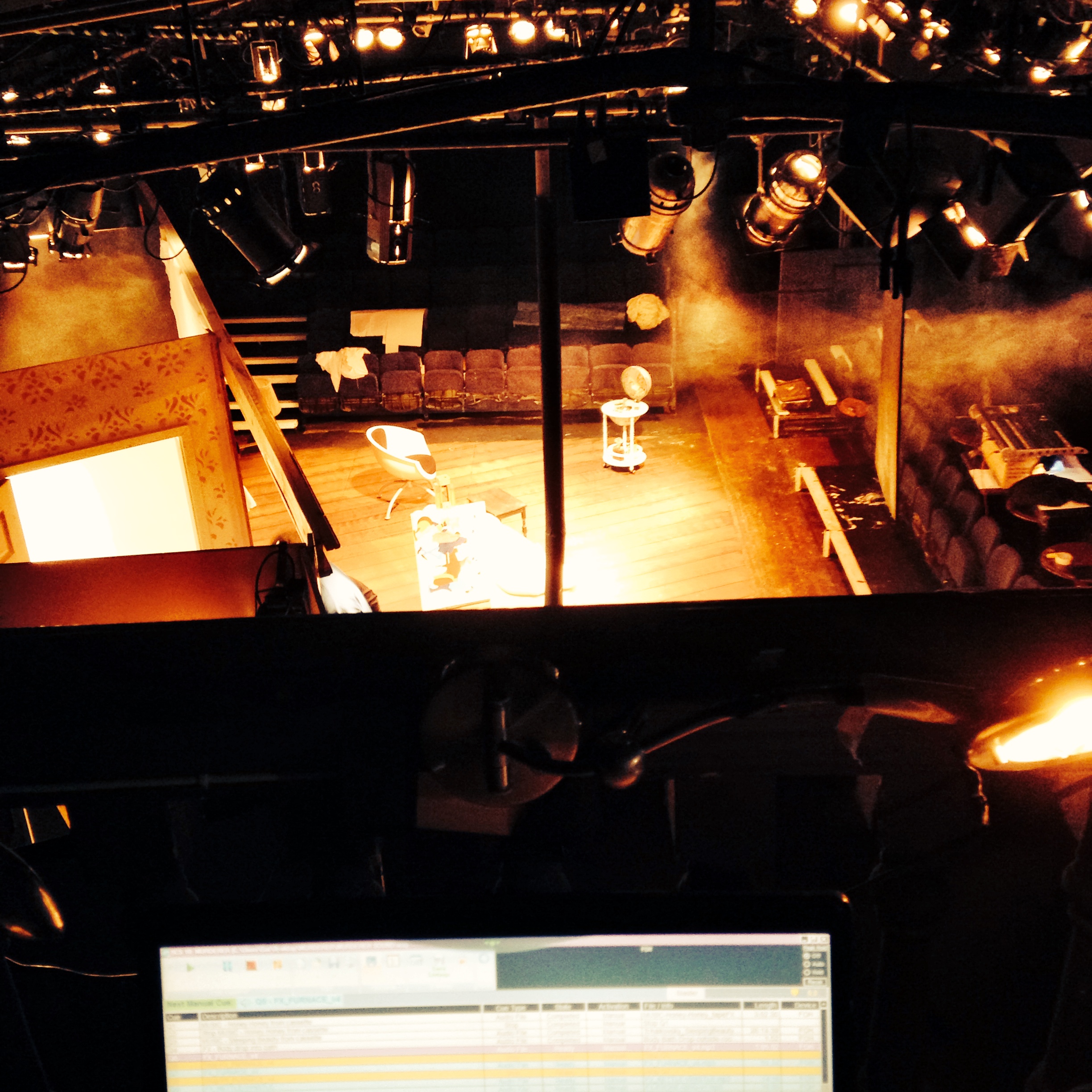 Could I have sourced the sound FX? Probably. I definitely wouldn’t have been able to find a set of sounds that were all recorded in the same space, at the same time, using the same bodies (and a carpet), and for me, this is one of the keys to effective sound design: creating consistent, believable spaces and atmospheres, whether real or imaginary.

The budget constrictions of fringe theatre have given me headaches and nightmares and have also pushed me to achieve better creative solutions than I had originally thought possible, often in the same production. So thanks, fringe theatre, and I look forward to our next adventure together. Also –  when your director says that he found your soundscape “horrifying and quite distressing”, you know you’ve done a pretty good job.

A sound designer, engineer and voice artist, Kirsty will be blogging about Sound Design for Theatre and Film, in particular how to do it on a budget. She will also be sharing lessons learned throughout her career.

Read Kirsty Gillmore's Blog
Browse All SoundGirls Contributors
We use cookies on our website to give you the most relevant experience by remembering your preferences and repeat visits. By clicking “Accept All”, you consent to the use of ALL the cookies. However, you may visit "Cookie Settings" to provide a controlled consent.
Cookie SettingsAccept All
Manage consent