Head of Sound for the First Time 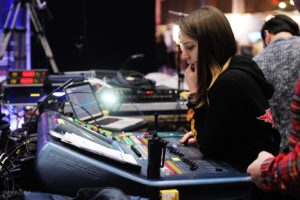 Saying out loud that I no longer need a babysitter and that my skills do not need to be watched or checked over was a scary thing. But it was time and it the bravest and most worthwhile thing that I’ve done during my career.

That’s basically how I got the head of sound and FOH position for the largest music festival in Lithuania. The festival took place over four days, but the production team was working on for over a month. During that time I’ve faced a bunch of outside and inner demons. I learned a lot about myself and got to know more about others.

I am the only SoundGirl in Lithuania that freelances for festivals and massive productions at the moment. To be honest, it is tough, but possible with the right attitude. Furthermore, here in Lithuania, all production roles are a little bit mixed up. While my role was FOH engineer, I was also performing job duties that typically a tour director, stage manager or production manager usually do.

After news became public that I would be the head of sound for the festival, a weird thing happened. I never felt watched through magnifying glass that much in my life. Nobody got in my way, but I knew that a lot of people were waiting or hoping for me to screw up, and that became an extra motivation to kick-ass. It was essential for me to become known in the local market as a sound engineer again as I had spent the last year in the United States honing my skills.

Location scouting was fun. There is a weight limit in venues on every rigging point, and the number is so low that it is impossible to hang a sound system on one rigging point. It was a pain in the arse to explain exactly where I wanted the system to hang, and the riggers weren’t happy because it was a lot of extra work for them to rig the system. Sometimes I question why people choose certain professions if they are so unhappy when they are asked to do their job. After lengthy discussions, I got the system where I wanted it.

The weekend of the festival there were a lot of tours and other events, and it became an issue in securing the equipment for the festival.  We used a Meyer Sound Leopard four tops and three subs per side, UPJ’s for side fills, UMP’s for front fills and 2x UPA’s for delays serving VIP lounge. Tuning the PA is not my strongest skill yet, so I asked for help on that. For FOH I had Midas PRO2 which crashed on the last day on the second to final performance. And PRO1 for monitors.

There were 25 performances during the festival, so that is 25 riders to review, 25 acts to work with and explain how the festival runs, making sure they understand that there were volume restrictions and that the performance could not be longer than x minutes. Then put it altogether and communicate it the production team.

Try to imagine doing that with no authority and when one third of 25 conversations with performers start with a question ‘wait… who are you…?’. I was expecting this because for most of my career I was ‘Dovile who works with…’ at the best, and at the worst, a girl who works with…’. But I did it, and it was exhausting as hell.

The people that worked with I have known since day one of my career as a sound engineer. We have had good and bad times along the way. During the early days, they were curious about me because having a woman on the team was unusual, but they were friendly and shared their knowledge with me. When my skills improved and I was able to do the same work as they did I was put under pressure to work harder and sometimes I was given tasks that they knew I would not be able to figure out. All to say that I should be doing something else instead of being a sound engineer. Five years later and I’m still here.

If I try to describe relationships between us this time, the best description would be ‘cold as fuck’ or try to imagine a couple that just broke up and both behave as stubborn bitches too cool to have a mature conversation. Can you imagine working for four days with people that you know only saying ‘good morning’ and ‘see you tomorrow,’ not having a single joke in four days and on the intercom having only ‘input 13 – guitar’, ‘thank you’ type of conversations. That’s a bummer. Nonetheless, they did an incredible job on stage. No mistakes at all, every changeover went well, and every performance started right on time. Every one of my requests, from FOH position like ‘could you move that mic closer to a double bass,’ was fulfilled and not questioned. As long as the primary goal for all of us is to make the festival great is the priority. I don’t care about all the dramas and any of their feelings about having a woman on top of everything. We can be friends or not. Doesn’t matter. 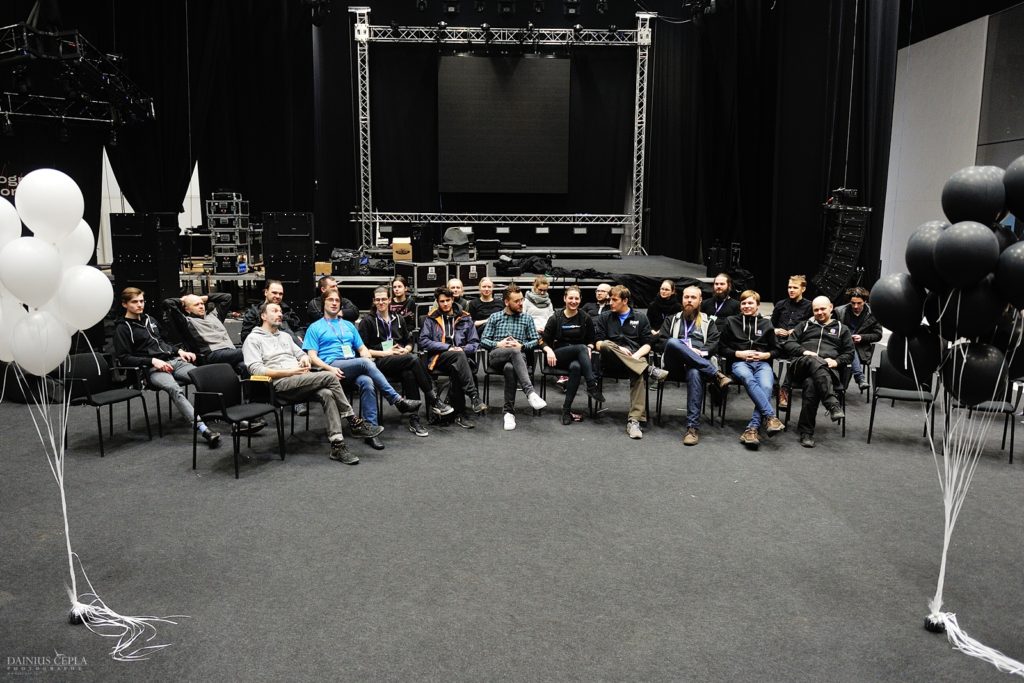 Off topic related to a topic. We had six women volunteer to work the festival. For the most part, they were completing random tasks, but there were times when they were helping technical departments, setting up something, or being a runner for me. Some of them said that they want to work in sound for live shows and when I asked have they tried to contact local rental companies for an internship; I was shocked about what they said. The first and the only question that rental companies asked them was if they can lift and carry 50 kilos  (110pounds)!!!! That was the only reason why they were rejected by every single rental company. What the f**k…. I promise I’ll do a better research on that.

In conclusion, today everything to me seems as it was an easy and fun ride through all the obstacles. It wasn’t. It took me four days to mentally leave the festival after it was over. Starting with riggers and their ‘no we can’t hang anything here,’ rental companies ‘nah, we don’t have gear,’ performers and their management ‘why are you asking for our rider, you should know our band, we’re famous…’ And the team ‘..’ I don’t even have an ironic sentence for that. LOL. I have done a lot of hard work to make the festival sound good, and the feeling when everything is running smoothly because of you is the best satisfaction ever. I didn’t know what I was about to do when I said that I could deal with everything that takes to be head of sound for a festival. I took a risk and had proved to myself that ‘Hell yeah, I’m pretty good at what I am doing’ and what others think doesn’t matter.

I wish every SoundGirl has enough support to be brave and feel invincible to stand for herself as well as face and deal with challenges slightly higher than the skills acquired at the moment. 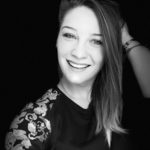 Dovile Bindokaite is currently based and working as a freelance sound engineer in Lithuania. She has an MA degree of sound engineering and started working in sound in 2012. Since 2014, she has worked in various positions in live sound including FOH, monitor engineer, sound engineer for broadcasting, RF coordinator, backline tech, stage tech, stage manager. For the past year, she was part of an audio team at Schubert Systems Group (USA). She has experience working in theatre as a sound designer and recording studios as a recording engineer.