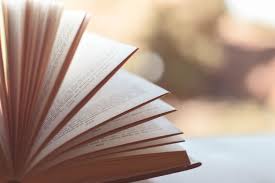 Our first Glossary of Sound Effects post was so popular we decided it would be fun to expand on it. This time around we not only included more specific search terms, but also a handful of modifiers. These terms, such as ‘by’ ‘up’ or ‘quick’ speak to the characteristics of the sound choice you are looking for. Try adding them to other terms (i.e. ‘zip quick’ or ‘violin up’)  to further narrow down your search.

Ambiance – Atmospheric sounds to build the space of a scene. Also look up: background, amb, environment

Beep – The tonal sound of a button press. Also, look up blip

By – This modifier should be added to searches for moving objects like Jet or Car, characterized by an increase and decrease in volume as the object passes by.

Doppler – A sound that changes pitch as it passes by. Think truck horn starting from a distance and dropping in pitch as it crosses your path.

Drop – The sound of something falling to the ground.

Electricity – The sound of an electrical current, often wavering in volume and intensity. Also, look up: arc, crackle, spark

Flutter – Any sound with a very fast cycle of volume from low to high. Think of a humming bird’s wings or pod racers from Star Wars.

Hydraulic – The very distinct sound of something propelled by liquid moving in a confined space. Think forklift or fancy door hinges. Also, look up servo

Impact – The sound of a collision, be it small or large. Also, look up: hit, crash, smash

Debris – A cacophonous sound, usually starting thick and eventually settling. Can be used as the aftermath of an event as big as an explosion or as small as kicking up dirt.

Movement – This modifier can be added to any search requiring both material and motion. Also, look up in short form: mvmt

Old – A modifier for sounds that are typically somewhat poor in quality, as though they were recorded a long time ago. This term is about looking for a specific character in your sound. Also, look up: old, classic, antique

Quick – Use this modifier when looking for sounds with very short duration. Also, look up: fast, short, sharp

Ricco – This shorthand for Ricochet is the sound of a bullet bouncing. Can be used in cartoony moments when a character zips off screen very quickly.

Ruckle – The repetitive, throaty warble character of a sound. Typically emanating from the depths of a large animal or monster. Think of the T-Rex growl from Jurassic Park.

Servo – Short for servomechanism, this is the sound you would typically associate with the moments of a robot or other motorized electronics. Also, look up robot

Slide – This modifier signifies a changing in pitch; a character often associated with violin recordings or whistles to convey emotion in cartoony moments.

Up/Down – Add these modifiers to your search to convey the pitch motion of your sound. Slide whistle Up, for example, would start at a low pitch and end on a high pitch.

Valoop – The sound of something squeezing out of a small space.

Zip – Any fast movement, often with some sort of musical character. Also, look up zing