Giving Up Wasn’t a Choice – Freelancing in Bollywood 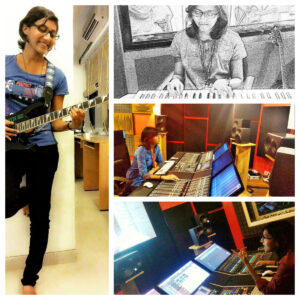 I come from a family of bankers, doctors, and engineers & therefore have always considered myself to be the black sheep of the family as I’m more inclined towards Art, People & Culture. When I was seven years old, it was my father who discovered that I had a fascination for sound and musical instruments and had me join piano lessons and thus I started training in Hindustani Classical Music.  As a kid, I was an average student when it came to academics, had no extraordinary talents or goals. But I religiously stuck to music. It was my only solace, and I practiced and yearned to learn more every single day.

Towards the end of high school though, my parents were worried about the fact that I wasn’t doing well in studies and hence decided to talk me out of pursuing music in the long term. They talked about the reality of this competitive field and that how hard it would be to succeed, especially for someone who personally knew no one belonging to her area of interest to mentor her. I abruptly quit studying music. All those years, I blamed my parents for talking me out of doing something I loved. I also hated Myself for accepting that maybe, I really wasn’t good enough. 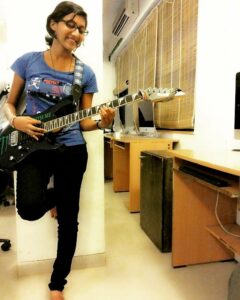 After finishing junior college, the idea was to get into any STEM Field, but I knew that I’d drop out midway because I had no passion for those subjects. Neither wanting to waste my time nor my parents’ money, I started researching about music schools in India, came across a private institute that provided a bachelor’s degree in Mass Media with specialization in Sound Engineering and decided to opt for it. All my three years as an undergraduate in sound school, I was the only girl in an entire batch of around 70 students. I knew right from the beginning that if there weren’t any girls to even study this subject, I wouldn’t find many when I actually start working in the profession, either. That didn’t dim my love for Sound, though. It was uncharted yet engrossing territory for me. I was learning something entirely new, the technical aspects of sound and music; as to what goes on behind-the-stage – beyond all the glamour – in this artistic field; what it takes to brilliantly record a song track for millions to listen to, later on; and how sound adds to the visuals and brings an entire film to life! I mastered my digital software (DAW)/outboard gear skills and also began composing and producing music of my own. I did a number of internships alongside my course, including one in my college itself. I did have a few clashes with my male batch mates, but I was fortunate enough to have to best faculties to guide and support me. 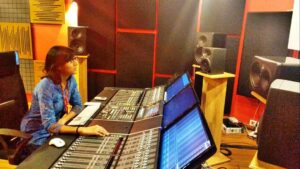 After course completion, I returned to Bombay  – the Hub of Indian Mainstream Media, Music and Film Industry. My parents asked me to look for a stable 9 to 5 regular day job. It was quite a task for me to explain to them that odd long working hours and erratic schedules are a part of this Field. I had the skills and the talent, but I lacked contacts and networks. My first job, which was at a popular TV Channel, lasted for not more than three months. The head of the sound department told me that he thought I was in this field just for Hobby and that I “should get into other mass media field such as Print like most women until I got married and then I wouldn’t have to work further.” Also, working night shifts was risky, and hence I was, in a way, a liability. I decided to quit.

Why should I let anyone else dictate my future goals? I joined another studio, again for a very short period, as the owner didn’t believe that I’d succeed as an audio engineer and wanted me to work full-time but unpaid, under the name of exposure and experience. If I did get a good opportunity because of my skills, guys would claim that it was because “I was a woman” or that competition was less. What they didn’t gather was that as a female, I had a whole bunch of other challenges and issues to tackle with, that they did not. Neither did I experience any sort of compensation or leniency because of my gender, nor was I expecting any. Another studio told me that I was aggressive, manly, and less feminine; a brash talker who lacked female creative input. How does one co-relate Creativity and gender roles, I wonder!

The idea of working for someone else was something that I completely started to abhor and also be scared of. I started questioning myself and having second thoughts that Maybe I should go look for a less male-dominated field where I didn’t have to face such constant misogyny and be surrounded by the clichéd stereotypes and hackneyed ideas. My relatives and other acquaintances who knew nothing about my field also suggested the same.

But what if I experienced similar scenarios everywhere?

I was so done with the system and the field that I was jobless for months. I even sold off my piano and guitar – my only prized possessions – out of frustration, because they were a constant reminder of something I could achieve but chose not to, anymore – Creating Music.

One day, I got a call from an acquaintance who wanted to know about my field for their daughter. I was flabbergasted. Was I to say that this field wasn’t for women even if they had the passion for it? Wouldn’t that make me an accomplice in patriarchy?

Or that I was a failure? This made me question further –

What message or example does this lay for the women of the younger generation who decide to get into this field and find themselves in the same predicament? They’d have no one to look up to or guide them. They too, would feel similarly lost and decide to quit. And the gender ratio in our field would, yet again, remain uneven. 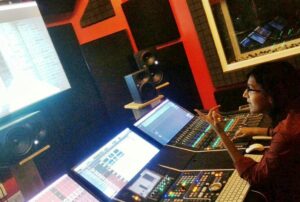 Hence giving up wasn’t a choice. I refused to start believing what everyone else had to say about me, just yet. I decided to get back into the field as a freelancer and started working on small scale projects on Sound Design, Dubbing, Sync-Sound and also began conducting guest lectures & fun workshops on music programming, theory, arranging and production. For someone who had just started out on their own again, after a long hiatus due to personal setbacks, Struggle, competition, unstable money, and lack of projects was truly a messy phase. But with more and more work projects and practical experience, recognition came my way.

People are still surprised to see a woman working behind the Console. Some artists seem to be more comfortable with it. Especially female musicians or actors, who claim that they can be themselves and not at all feel intimidated like they do around male engineers. Now that’s a compliment! Work done with ease and devoid of any sort of limitations brings out the best results. I believe in promoting diversity, inclusion, gender equality, and defying all kinds of stereotypes that surround men and women, both. It’s high time we move past conservative gender roles. Women are much more than shopping and accessories. Women can be nerds; women can be gadget freaks & women can be Audio Geeks too! No one should judge a person/an employee by the way they talk or walk or by what gender, race, or class they belong to, but only by their skills. “Am I getting the job done and am I getting it done Right? Am I bringing quality output to the table?” is all that should matter. The most significant work ethic that everyone should adopt, no matter what field they belong to, is that there has to be boundaries between one’s personal & professional life and everyone should try and respect them. I’m so, so grateful to the few good men who have been a consistent support and have helped me with their tremendous insights and knowledge with regards to not just the field but the business and politics behind it. No gender is superior or inferior. We shouldn’t tear each other down and instead be open to work as a collective, share ideas, create, innovate & inspire. And thus, I encourage and hope that more and more women opt for unconventional career paths, have an undeterred approach towards their goals, and also help their fellow female co-workers along the way.

As for me, my journey has just started, and I still have a long way to go and a great deal to learn. 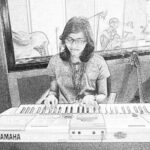 Priyanka SE, Bombay IN: Based in Bombay, India, Priyanka SE is an audio engineer and music producer who’s been working as a freelancer in the Bollywood Industry on versatile mainstream and indie media, audio and music projects for the past five years. She has a distinct taste in Music, irrespective of the genre and language, especially Blues, Jazz, Sufi, Indie, Folk Fusion, and Film Scores. Apart from that, she’s also an avid reader, an amateur writer, and Equal Gender Rights activist.

Missed this Week’s Top Stories? Read Our Quick Round-up!
The Importance of Saying No