From My Ears to Yours 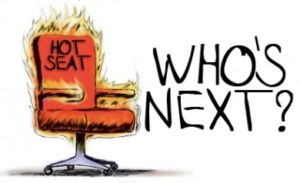 If someone asked you what the job of the monitor engineer is, I’m fairly certain you’d say, “to build the mix for the stage monitors”. Recently, there was an interesting exchange between some audio folks and myself where I realized that, somehow, that very basic concept and the true meaning of mixing monitors has sort of gotten lost. There is a bit of glory associated with running the desk, and kind of an egotistical boost with being in charge.

I had someone say to me, “there is no art in mixing monitors”. I want to firmly remove that thought from anyone’s mind. Whatever your skill level, your ultimate goal should be to help the performer give the best performance they possibly can. On monitors, you have an audience of one – just the one person on the other end. What I think, enjoy, or like literally does not matter at all. A mix is subjective, but on monitors it can be a whole lot easier to define: The mix is whatever the performer wants and likes.

The creative part of doing monitors is figuring out what the performer wants, and whether they can express that want clearly. There are three things you can use to evaluate their hearing situation: Body language, understanding of music, and listening. 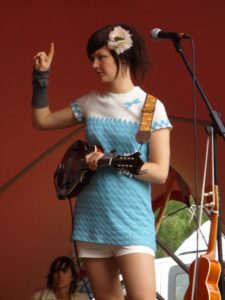 Watching body language is key. I find musicians typically give the same basic cues to ask for a few typical changes, and then give a whole host of other cues that are so unique that I often feel I’m playing a guessing game. Just the other day, I was mixing for a pop band and the trombone and sax players kept not being able to hear their wedge. I kept pushing and pushing the volume. Finally, they agreed it was good. During the second set I kept seeing the sax player do…something. Something seemed to be causing him to act ‘off’. During the break, I asked him if everything was ok. He lamented that it was ok, but the sax he was playing didn’t have the right mouthpiece for this music, and if only it had “more mids, like 800”. I had said almost nothing, just asked if he was okay. He talked through it himself, and literally gave me the answer to his problem. I boosted 800Hz and he was thrilled with the rest of the gig. Mixing monitors is about listening to your performer. I like to give the ‘you good?’ look. Trust me, no musician wants to suffer a bad monitor mix, but a whole heck-of-a-lot of them would rather do that than deal with Mr. Pissed-Off Monitor Guy.

Understand music. I highly recommend knowing the basics of the Nashville Number System, and maybe knowing a little bit about as many instruments as you can. Any amount of music theory can give you more ‘ah-ha!’ moments than you’d realize. If you can’t take classes, or don’t have time for books, you have access to the second-best thing: the performers themselves. Learn the language of the performer. As an audio engineer you’re in ‘technobabble’ and they are in ‘performer lingo’. Learn to follow that lingo. I once had a band where, every time they played a certain song, the keyboard player’s keyboard would cause chaos. After talking it over with someone else in the band, I hummed the few notes which had caused the issue. The musicians’ eyes brighten up – the keyboard player and the bass player were hitting exactly the same notes. Whenever that happened, the room was very unhappy. The keyboard player and bass player couldn’t hear each other well, and had never realized that was what was happening. They corrected it and afterwards not only did I not have issues with the sound, the song itself was more musically sound. Learn their lingo because some performers don’t know how to tell you that the vocal reverb in their in-ears is too long.

My last key point is listen to your space. Realize that you live your life analyzing audio and what it sounds like – a performer does not. Think of things that might be hard for them to express. Does your space sound different to their space? Maybe that performer isn’t actually being a difficult, maybe it does sound like crap in their wedge? Think about where you are and how it sounds, and how that is different to what they are hearing. When possible, I’ve taken to walking up to the wedge during soundcheck and feeling their space. Is there any wonkiness? Are there any frequencies that are too present? When the crowd shows up, will this mix really cut through? How is the house going to affect their mix? Learn to listen, because once you can put yourself into their head, you can do something that I like to do: “Hey, that song later in the set is a rather fast tempo – do you think you’ll want that much reverb on your voice? It might drown you out.” Oh, maybe they didn’t think of that, so yes, please turn it down. Your job is to put your feet in their shoes (or, your ears on their head). If you were them, would their requests really be that strange?

There it is. Watch for body language, understand the music, and listen. Do all these things and you will be well on your way to a creative experience mixing monitors. If you’re like me, the creative joy of nailing one person’s mix is way more exciting than mixing FOH for a ten thousand person show. 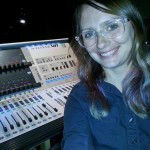 Aubrey Caudill: Aubrey lives in the Dallas Fort Worth area and works as a freelance audio engineer. She currently works for several area wedding bands and runs monitors at The Potter’s House North Dallas. She is also a mother of two sons under ten.