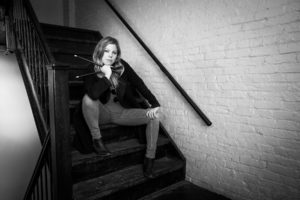 This month I had the pleasure of interviewing Mindy Abovitz, founder of the only magazine in the world dedicated to women in percussion. Tom Tom Magazine was founded in 2009 in response to gender disparity in the percussion world. Mindy is no stranger to the world of drumming as she has been drumming for over eleven years. She has been in multiple projects including ‘Taigaa !’, ‘Hot Box’, ‘More Teeth’, and ‘Chicas Vas’. I wanted to find out more about Mindy, and her magazine highlighting women percussionists.

What motivated you to create a magazine dedicated to women percussionist?

In 2009, I was googling the words “female drummer” and “girl drummer” and the search results were terrible. The result retrieved photos of women sexily standing next to drum sets and then articles titled: ‘Can Women Play the Drums?’. I wanted to show the world what I knew about women who drummed, and depict us in the correct light. 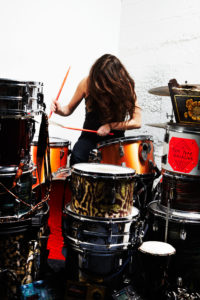 I read that one of your goals is to increase the gender parity in percussionists by 50% in the next ten years. Have you seen an increase?

I believe there has been an increase that the industry has felt. I will know better in a decade from now what our impact has been.

How has your magazine contributed to the equality of women drummers since its start in 2009?

We have inundated the internet, print media, social media, and live events with true and inspiring depictions and role models of girls and women who drum. So, in that way, we have shown who we are and who other future females can be.

How was the climate for female percussionists then, and how has it changed now?

Prior to Tom Tom, existing drum magazines would have a women’s history month issue or feature one female drummer every once in a while. The representation of the average or aspiring female drummer was non-existent. Now, since dedicating an entire media company to female percussionists, we have a decent shot at being represented. 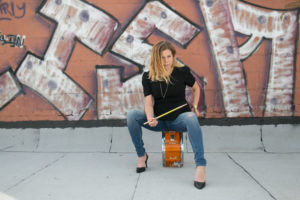 Who inspired you to become a drummer?

A few people inspired me. One of them was my friend Gina Marie (who is still drumming!). My main reason for thinking I could be a musician at all was the Riot Grrrl movement and the band Bikini Kill. Once I discovered them, nothing was going to stop me from playing any instrument.

What advice do you have for young girls who want to play drums?

What do you think about the Future is Female movement?

I love it. A lot of my very good friends are heavily involved in spreading the message. Females need a heavy dose of recognition, attention, support, and listening to if we are going to have any semblance of an egalitarian society. Supporting the Future is Female movement is simply saying, I support women and girls. 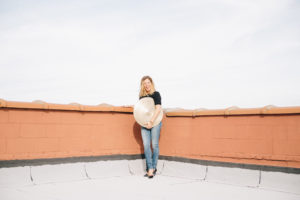 What is next for you and Tom Tom Magazine?

More of the same! Working on growing our company, increasing the integrity of our storytelling, and promoting more underserved folks.

You can read or subscribe to Tom Tom Magazine
The Future is Female and, in the drumming world, women are breaking their own glass ceilings by supporting each other – and now they have a voice 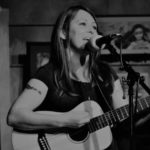 About Victoria: Victoria holds a BA in Psychology from the University of California, Santa Cruz. She is a singer-songwriter, musician, performing with several bands- one of which specializes in children’s music and is targeted at pre-school age children. Victoria is passionate about building up the community through Fine Arts and making the arts more accessible.