Doornroosje Gets a New Home and Sound System

Doornroosje started in 1970 in the city of Nijmegen in the east of the Netherlands. The building where the club is currently held is an old building which was not designed for live
music. Over time it has been less able to meet the demands of touring productions and has outgrown its 450 seat capacity. With almost 45 years of sweat from musicians and their audiences dripping into the foundation of the venue, the memories of legendary shows and the ever growing layers of graffiti on the outside, the old place is not an easy one to replace. It holds music history. 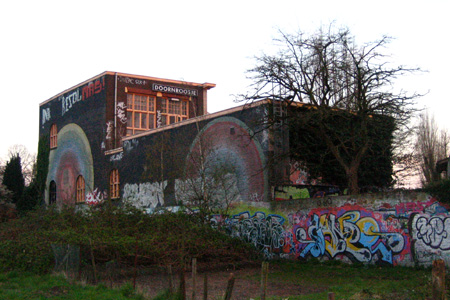 The room is anything but acoustically ideal, but the atmosphere more than makes up for that. The sound equipment is a bit old but well maintained and in proper working order. Turbosound Highlite PA and Martin LE 400 monitors.

The upcoming move to a brand new building has been preceded by years of planning, writing plans, meetings and more meetings. It is being financed with public money so there is a lot of bureaucracy to deal with as well. The Doornroosje team has put in a lot time designing the new place and they will be testing three different sound systems for the new space.

This is where we, the freelance sound engineers got to come in and consult on the options that were being considered for the new space. The venue hosts a wide range of music genres from dance music to metal and folk to world music. So the sound system needs to be versatile and provide both the low end power for dance music and the clarity for the more refined studio acts.

The first testing day we got a tour of the new building, which was really strange. I will probably spend a lot time working here and it looks like it will be very nice. There is a lot space, and an easy load in/out. At this point it is super clean and super sterile, but we started to break it in, by spilling coffee on the floor right away.

We started the first day of testing in the large room, which has a 1200 seat capacity and a large balcony. All the engineers had contributed to a play list of our favorite test music.
The first sound system we heard was quite impressive in the low mids, but we found it bit harsh in the high mids. I found that I got very fatigued listening to it and needed to take a break.

We then did some testing with a live band and the system sounded better and was capable of covering the room nicely. The small room had the same system in a smaller configuration. The smaller configuration was lacking sufficient low end coverage. The engineers felt the biggest problem was the overall uniform and generic sound of the system and felt it would not be versatile enough for dance music.

On the second day we heard a totally different sound system. The system we felt was very honest and all the flaws of the band could be heard. Some would call it unforgiving. However in the small room there was a large low- mid gap and we all felt it would not be suitable for the rock bands that would playing there.

Before we started, I already knew all the systems we were going to hear would be good solid professional sound systems. So after the second day, I left knowing whatever system that was chosen it was going to be good. The decision would probably be made with the preferences of the engineers.

The last day we were eager to hear the last system and as soon as we heard the first songs, we started to wonder if this was the system? Through the next several songs our initial reaction was confirmed. I even wanted to hear more. It was impressive to hear how all the instruments on the tracks got out as a whole instrument, over the entire frequency range they were supposed to be in. We were listening to music instead of a PA system.

The small room was also treated very seriously, with more than enough PA, but I also heard that the room itself might turn out to be the harder for achieving an awesome sound. Seems something we have to deal with later on. The only negative point might be that this system didn’t have as much of the highest highs as the other systems did, but the rest was definitely all there and we all found this system to fit very well to the feeling of why we work in live music. 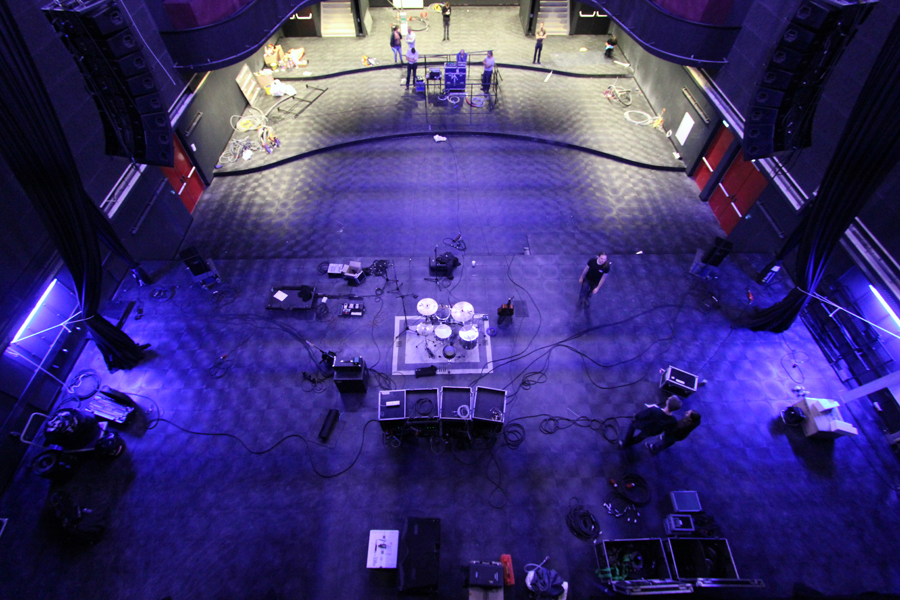 I wish I had more knowledge of system-engineering so I could know if any of the other two systems could have sounded better. It made me realize what I should learn next. As an engineer traveling with a small band I’m not used to having a choice, but used to making the best of what is. But maybe I can even learn to make what there is better…

Doornroosje is now at a great starting point with the outlines of the new sound system chosen. We will use the summer to test and to fill in the details. But I’m sure its going to sound awesome!! For all the gear enthusiasts, the system that was Adamson Energia E12 with E218 subs and the small room had SX18, also with E218 subs.