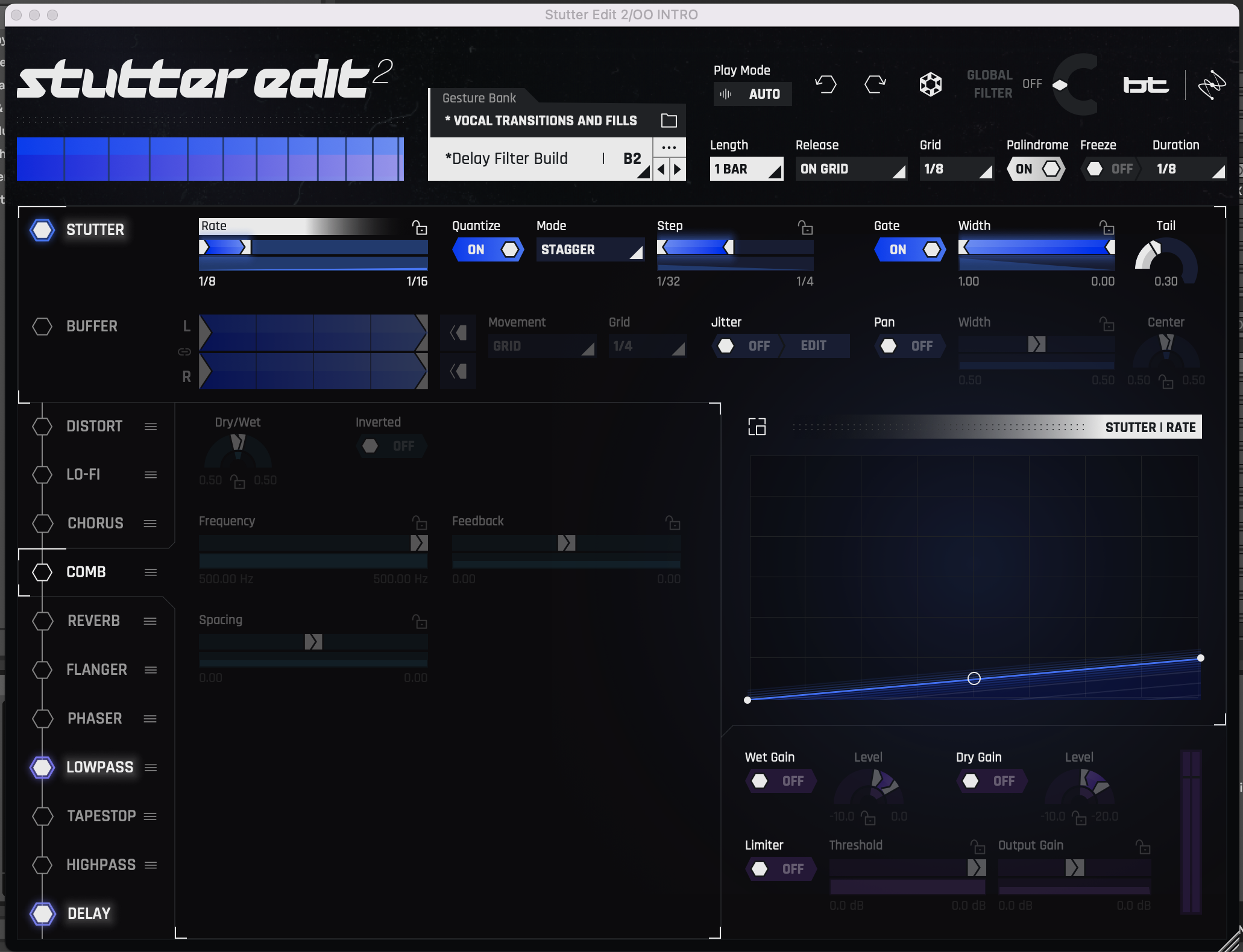 I just released a new song this month called “This Time” and thought it would be a great opportunity to expand on my tips for sound designing with vocals. Similar to my last release, I recorded all the lead vocals and harmonies in Pro Tools with a temporary instrumental track and click track for timing. I used iZotope RX9 and Melodyne to clean up and tune the vocals using AudioSuite and committing Melodyne. I automated the lead vocals and adjusted the balance of the harmonies before exporting the tracks into Ableton. For this session, I exported sums of the harmonies and backing vocals in order to focus on the production elements of the song in Ableton and not obsess over the balance of the vocals. It also makes it easy to manipulate groups of harmonies together since I’m exporting from one DAW to the other.

The main sonic element of the breakdown of my song is a multilayered “ah” vocal that carries throughout the section and sounds like its own synth. I did most of my design work with this sum of vocals, starting with the use of iZotope’s Stutter Edit in the intro of my song. This was my first time using this plug-in, and it was a bit intimidating when I first opened it up. I focused on manipulating the “rate” and “step” parameters under the “stutter” section to get some interesting patterns to combine with an opening low-pass filter as the intro of my song. I followed a helpful YouTube tutorial in order to get started and found a great preset to work off of called Delay Filter Build. In the picture below you can see I kept the parameters simple but found a great effect with it that ties the intro of the song to the breakdown. 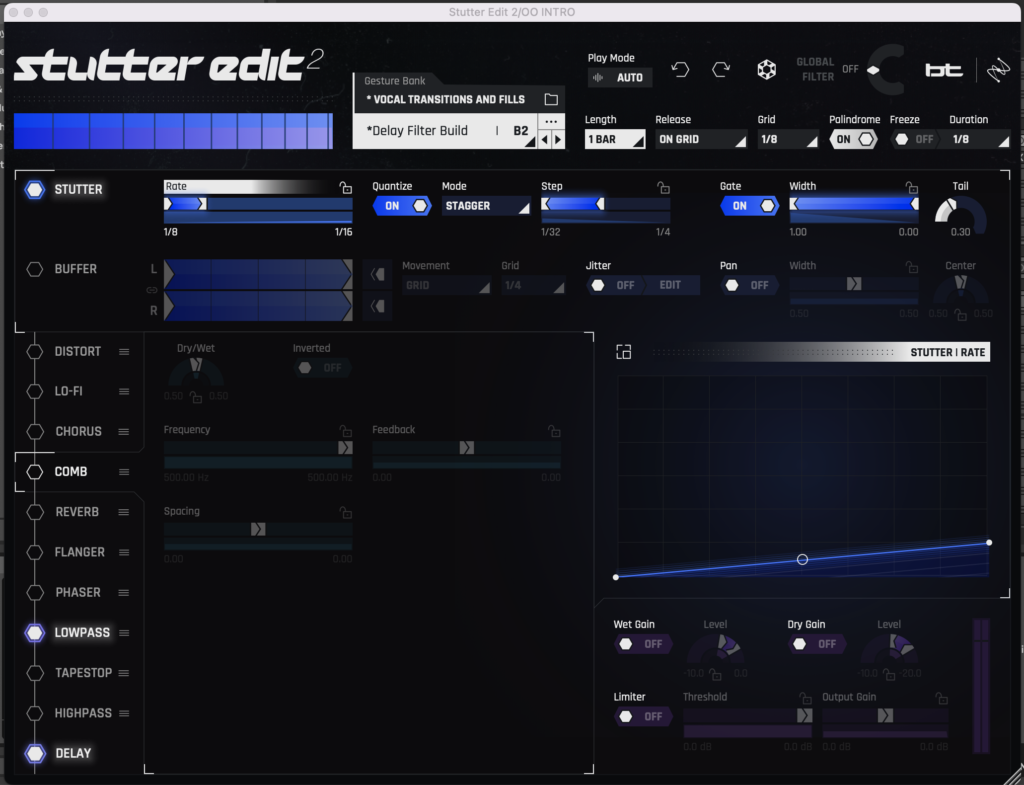 Further building on the breakdown of “This Time,” I wanted to incorporate the nostalgic feeling I get from 2010’s House music like some of Calvin Harris’s earlier hits for example. I have all the synths and background vocals side-chained to a four-on-the-floor kick to give it this floating effect. Adding the previously mentioned “ah” vocal layer into the sidechain to make it more emotive and flowy was a much faster process for me since I summed those vocals into their own stereo track when I exported out of ProTools. All I had to do to cover this technique was use the default compressor plug-in in Ableton and activate the side chain. I made a separate muted track that followed the kick pattern so I could control when the sidechain was occurring throughout the song and isolate it to that section. I set this as the key to the sidechain for the vocals and synths and adjusted the attack and release times according to to feel. Some people like to find the length of one beat in the particular tempo they are using and set attack and release times based on those calculations. I have tried this before but generally find that it doesn’t always feel the way I want it to, so I just make sure I’m using the same sidechain parameters for all my tracks to keep it clean. In the image below you can see how I use this with an auto filter and a phaser to transition the vocal layers from the last chorus into the breakdown.

In my last blog on vocal designing, I used Simpler’s classic option to create a sampled melody from one of the lyrics in that song. For this song, I created a sampled vocal melody again with Simpler, but instead, I used the slice option for a more typical EDM-sounding sampled vocal. First, in ProTools, I took a chunk of the lead vocal and processed it with iZotope VocalSynth for autotune and formant shifting effects. I used this processed vocal in the breakdown as is, and I also added it to a MIDI track with Simpler on to create a new melody. With the slice option, I could map out the different notes of the existing melody, so I could control the rhythm and choppiness of those notes. I preferred this method far more than just using the one-shot method in my last song because I actually made a unique melody with it that diverged from the song’s original melody. This technique was also really intuitive to navigate and utilize and (honestly) made me feel like a real producer for maybe the first time…

I love using vocals to add effects and elements to my productions, and I’ve found that I’m really developing my own skills as a producer as I search for more exciting ways to express my recorded vocals. I hope to share more tips and tricks with my future songs as I discover more. 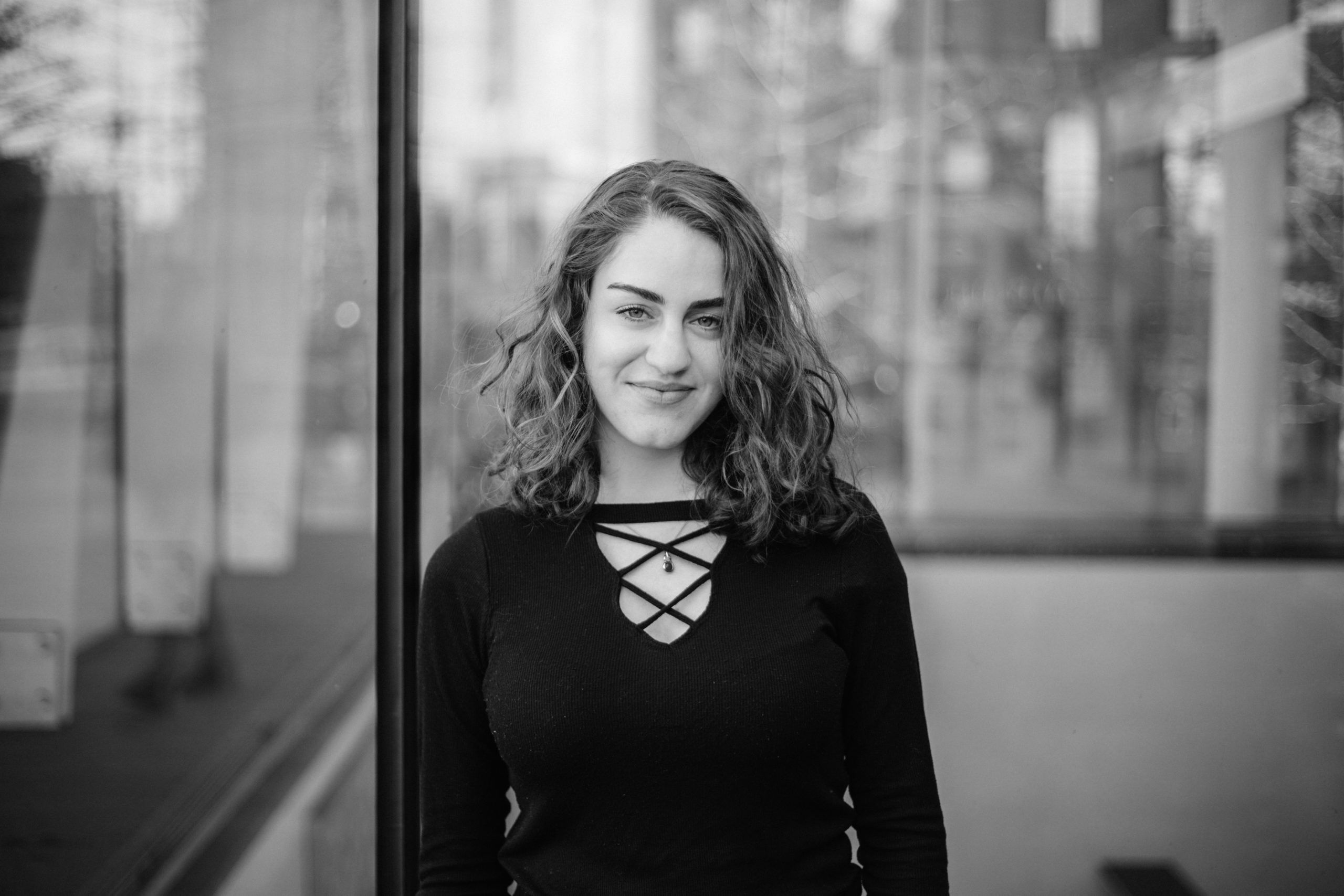