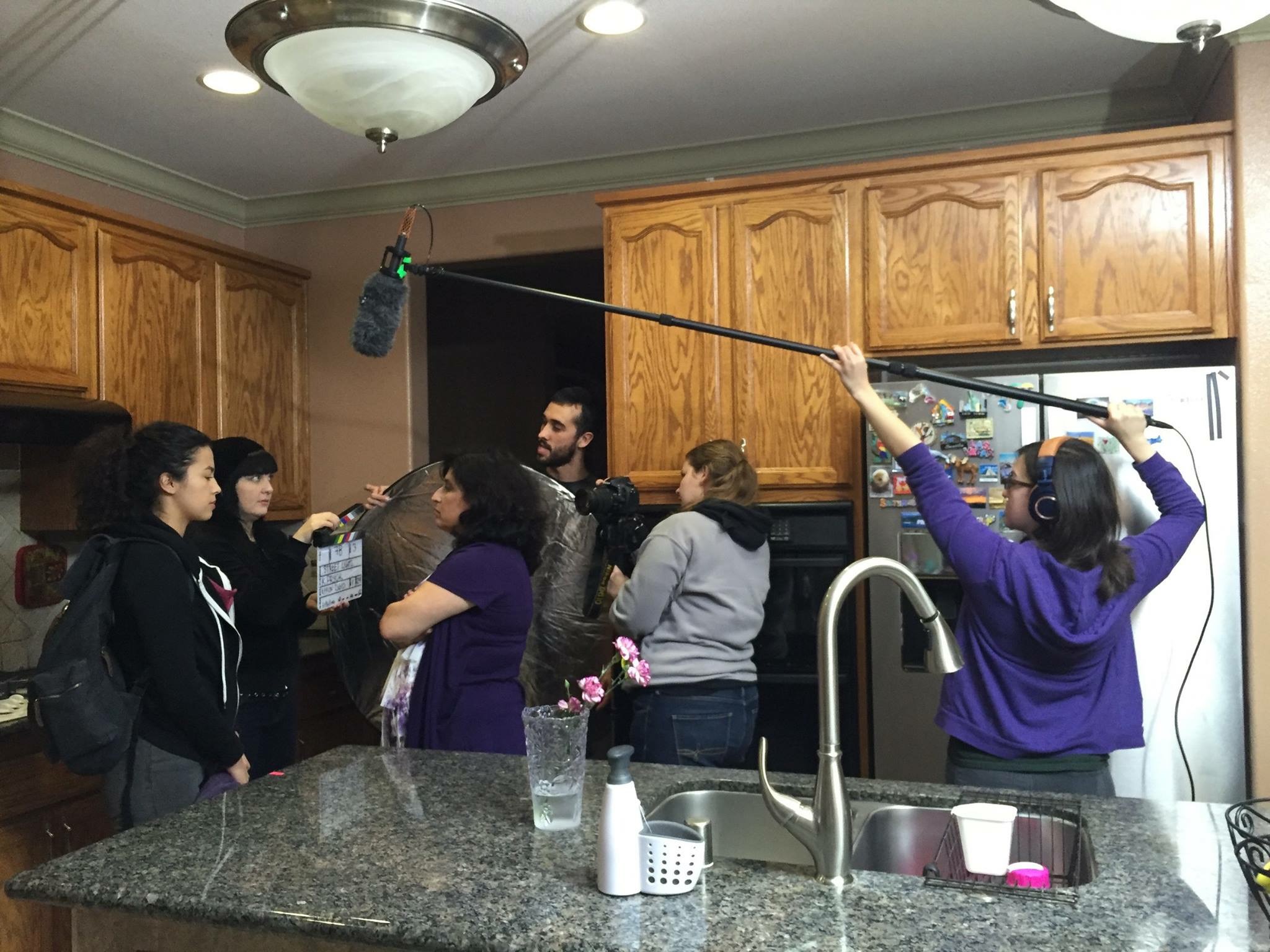 This year, I had the privilege of being back on a set during a time where set work still isn’t prevalent. Was I scared? Yes. A pandemic is still going on. But, this is the first film in a long time where I wasn’t a part of the sound department. Post or set! This was also the first feature I had ever worked on. A daunting task to be a part of the assistant director’s department as well! I learned some things about being back on a set. That included how much I could help the sound department when problems arose.

One of the main things I learned? The Sound Department is still overlooked (both post and set). Yes, a film is a visual medium but bad visuals don’t take you out of the moment as much as bad sound does.

I recently had a meeting with some department heads from the film and gave my own insight (what little I have) about the sound department and what they can change for their next feature. Our sound mixer wasn’t invited to the location scouts. Something I did not know until halfway through filming. He was just as new to each location as I was! Which meant he wasn’t always prepared for what sounds and problems the locations would bring. A noisy/echo-y locker room which most definitely will be looped later. Many consistent sounds at locations that couldn’t be turned off at all or weren’t thought of on the location scouts. When at the post-filming meeting, the department heads were genuinely surprised that a sound person should be brought on scouts or even thought of. I know I’ve had my share of location managers tell me “Don’t worry! The location is super silent!” only to get there and there’s a loud water boiler that can’t be turned off, chickens and roosters galore in the backyard, etc. I’ve even had weird high-pitched noises from set recordings that no one knew what it was and I was asked in post to fix it. Always better to fix it on set than in post. BUT, I do understand that some locations you just have to deal with. Could be due to budgets or any other number of reasons. I get it. It’s better to know what those problems are before even filming so you can save everyone the headaches or what could happen.

Why the emphasis to try and work with your sound person and get a clean recording instead of just fixing it in Post?

Well, you also want to preserve the actor’s performance as much as possible. Sometimes bringing them in for an ADR session won’t always give you back the performance they had on set. Since I worked as an assistant director on this feature, it was also my duty to help our sound mixer with whatever problems had arisen. That should always be the case with sound mixers. Different departments should be working together since a sound mixer or their team can’t fix or do everything by themselves. Another department sound mixers should work with are costume designers. Our sound mixer and costume designer didn’t have the time to chat with each other so they had to wire up actors without any prior knowledge of any problems that could have been fixed. I always had a production assistant ready to go on a run for things such as batteries or moleskin for the sound mixer. Though, we did work night shoots which also need to factor into production. Not a lot of places are open in those wee hours of the night. That means things need to be bought earlier or you’d have to wait till the next day and that can’t help anyone.

A simple way to start noticing the sound at a location is to stand in the middle of a room or area, close your eyes and listen to all that is around you. The refrigerator, the a/c blowing inside or the unit outside, walk around and hear how loud your footsteps will be on set, etc. Also, check to see what the power situation will be for different departments. A set I was on required us to run cables through windows which meant those windows had to stay open. Not ideal for sound at all. This also means you have to make sure all movement must be halted from other departments that are near set and that can be a tricky task when you’re limited by budget and time. Another thing is to allow the sound mixer to get that room tone in each place that is filmed. It doesn’t take long but it can be so helpful in the long run.

I can go on about things to be thought of when you, as a sound mixer, have to work with on a set. But, I truly hope that other departments can accommodate or help as much as they can because it’ll help. Let the other departments know that you’re not trying to be ‘fussy’ or the like. You’re trying to get the best sound possible for them. Support one another! I have no idea when this almost ‘anti sound mentality came into play on set but, we all need to work and support one another, or else the final product of a film won’t be as good as it could possibly be. We’re all working together to bring multiple peoples’ ideas to life and we genuinely want that final product to be the best it can be. So other departments, please work with and not against your sound team. It may just save you some money and headache later.

For a very detailed article about this topic.

Check out: “An Open Letter From Your Sound Department” 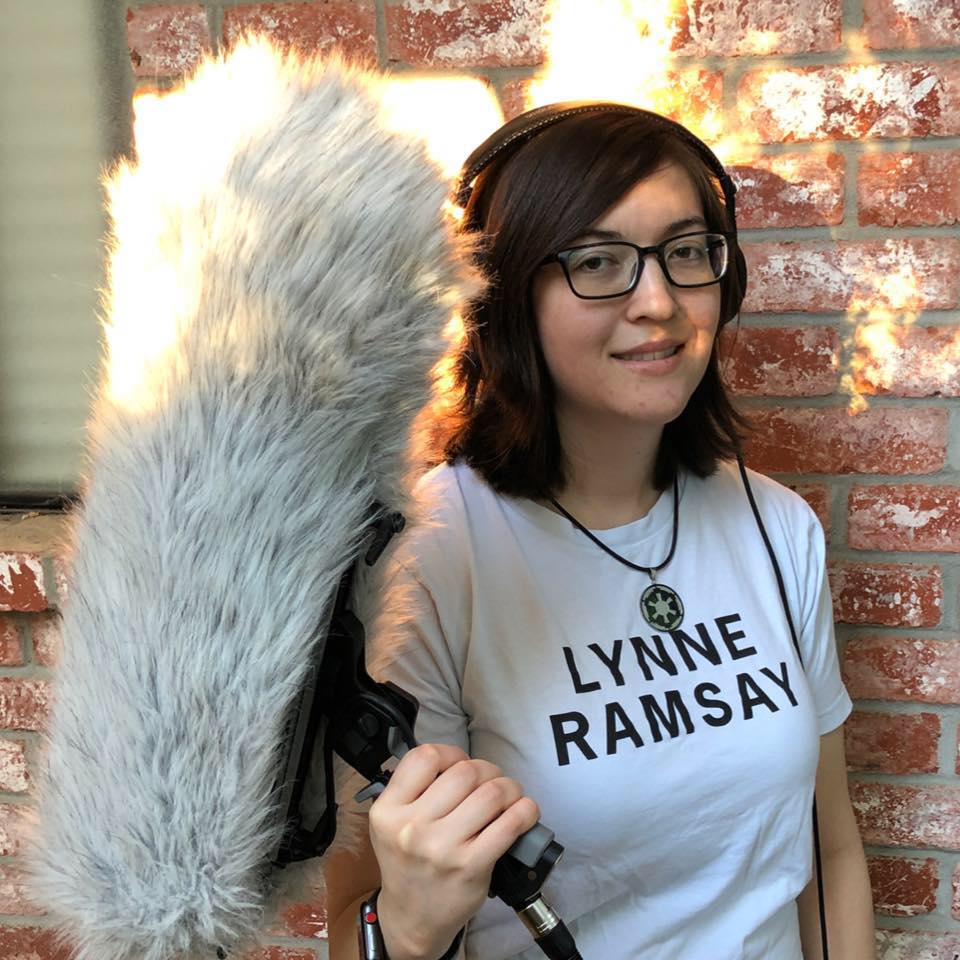 Kristina Morss is a sound designer, video editor, bassist, and bassoonist based out of Sacramento, California. Since graduating from Sacramento State with a BA in Communications-Digital Media in 2014, she has worked as a freelance editor and sound designer on commercials, short films, corporate, local news, documentaries, and now audio dramas!

In addition to her audio work, she also helps run For the Love of Cinema, a local film group in the Northern California area focusing on promoting underrepresented filmmakers. When she’s not busy, she’s hosting The Closing Credits Podcast. A podcast dedicated to educating filmmakers and film lovers by interviewing someone from each and every job title in the credits of film, television, and video games. She treats every day as a new learning experience and hopes to share her experiences and adventures with readers and inspire more women to join the audio field. More information at: http://www.kristinamorss.com/