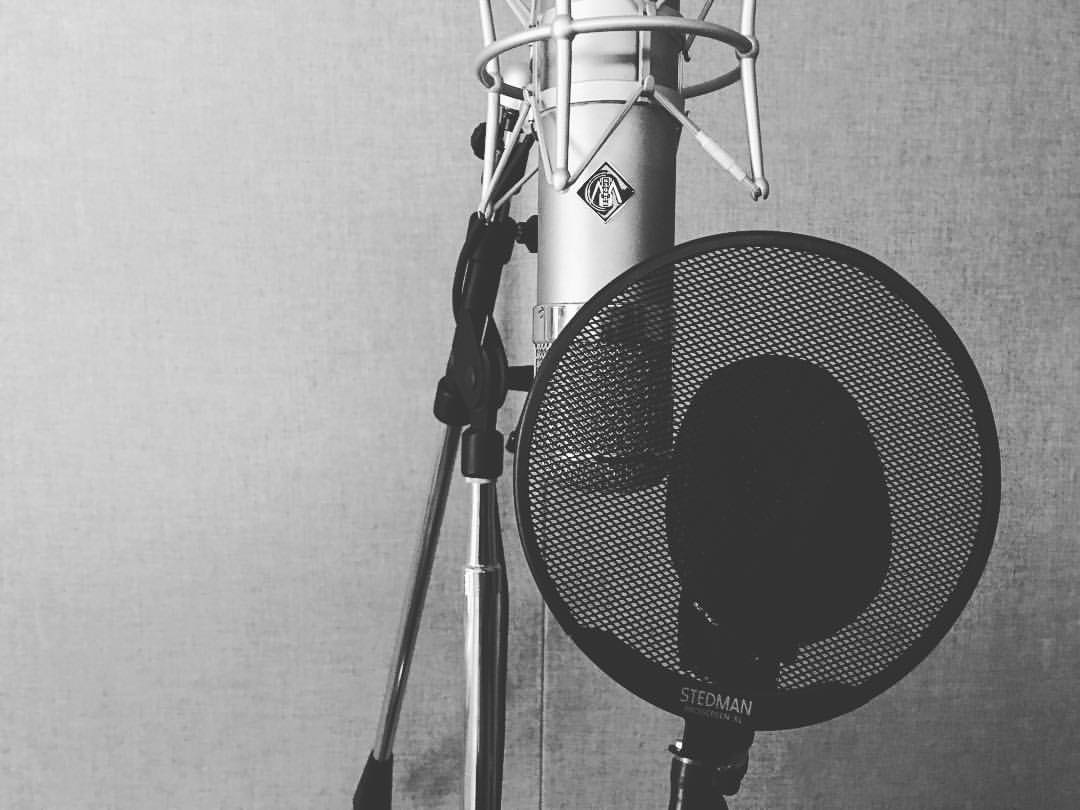 Hey there SoundGirls! This month I chose a topic that I feel is super important to dive into, but before we dig into that let me tell you about the months following. For March, April, and May I’ll be writing about the process of recording a simple four-piece band. Each month I’ll break it down by instrument (March/drums, April/guitars/bass, May/vocals), but we’ll get to that more next month. This month I would like to touch on the importance of being an artist with a knowledge of what’s going on behind the board.

Since I started audio engineering four years ago, I think one of the most valuable things I’ve taken away is networking. I’ve had consistent internships at multiple studios in Austin, and because of that nearly every session I assist on, there is at least one person I have met before, that is playing in the band.

Why is that valuable you say? When an artist sees you multiple times at different studios or the same studio- you might not realize it, but you are building trust with them. Since music is such a personal and sensitive thing, it’s essential for an artist to trust you. If an artist trusts you with their music, their next project might be going to you instead of the person next to you. This is an opportunity to grow as an engineer, as well as build your client list.

As an artist, networking, building friendships, and professional relationships with people in the industry could help you with growing your network with bands you’re meeting in studios. You could become friends, and they may even want to play a show together if they like your music. You never know. Example: My band is very new to the Austin music scene, but for our first show we got to play with two amazing, established bands, at a great venue. I met both of these bands multiple times in and out of recording studios, went to their shows, and became acquaintances with them. It was full circle to share a bill with these bands, four years ago when I assisted on their sessions, who knew we’d be sharing a bill?

So that’s just ONE benefit to being an audio engineer as well as being an artist. I’m going to touch on two more reasons why I think it’s important to dive into audio engineering (even if it’s just a little bit of research or a couple of months of an internship). I’ll pose a question. Is being a jack of all trades a bad thing? I don’t think so; in this day and age- it’s important to be skilled in multiple areas of the industry.

One thing that I think deserves its own paragraph is the importance of being comfortable in a studio. Studios can be intimidating; I know this from my personal experience, (cue, storytime). I remember the first time I ever walked into a recording studio. I was taking a tour of my soon-to-be school for audio engineering and music production in Austin, Texas. I remember seeing all of the gear, and not knowing a single thing. I had never even messed around in GarageBand. I was so intimidated, but also had this hint of excitement the moment I walked into the studio. I was excited to learn; I was excited to be challenged, I was excited to grow, and be an artist that also has valuable knowledge of audio engineering.

Now that it’s been four years, I can speak from experience. Whenever my band is in the studio, or I’m recording vocals for my songs, I’m comfortable. I’m in my element. If you told me four years ago that I wouldn’t be completely nervous singing in a recording studio, I might not have believed you. I couldn’t even sing in front of my friends without turning around! Having that experience in the studio on the other side of the glass gave me confidence in myself, and gave me a sense of purpose. It also gave me a sense of trust in the person who is engineering my vocals, because I know exactly what is going on. I want every other girl/woman that steps into a studio to eventually work their way towards feeling that confidence too, and that’s why I think having audio engineering knowledge is so important.

Last, but not least. The importance of knowing how to record, mix, and master. By having these skills, you are taking the time to learn what is going to be the icing on the cake for your songs. Learning what microphones are going to best capture the way your guitar or vocals sound, and knowing how to mic up a drum kit. Understanding what mixing is, and creating your own mixing style — learning basic mastering skills. All of these things are incredibly beneficial. Not only that, but it’s honestly very exhilarating (and a struggle at times) to work on all aspects of your own music as an artist.

Also, I think I’ve learned more through mixing my own music than I have when mixing others. This might be because of how critical my own mind is towards my work. Not only that, but I believe I have become a better musician from learning audio engineering because my ears are trained, I know what to listen for, and for the simple fact that I am around music all the time. If you’re around something almost every day, you’re going to become good at it. Whether it be, audio engineering, guitar, drums, or singing. You’re going to become better. As an engineer, you will never stop learning. In this craft, you learn something new every time you step foot into a studio. That type of consistency keeps your mind flowing, as well as your creativity. That’s why I believe being an artist as well as having valuable knowledge of engineering is important. Your creativity will never stop. 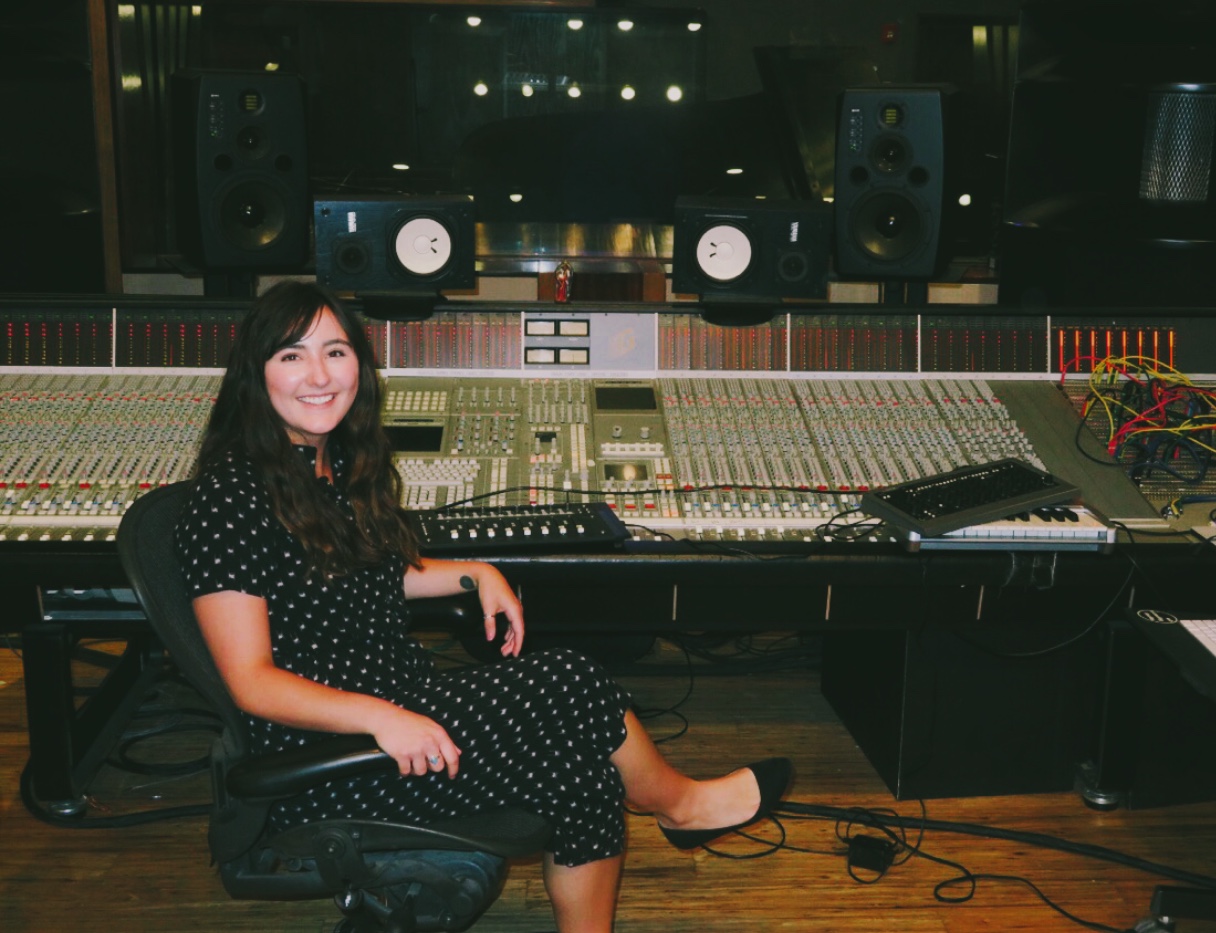 Read Virginia Haladyna's Blog
Browse All SoundGirls Contributors
X
We use cookies on our website to give you the most relevant experience by remembering your preferences and repeat visits. By clicking “Accept All”, you consent to the use of ALL the cookies. However, you may visit "Cookie Settings" to provide a controlled consent.
Cookie SettingsAccept All
Manage consent