I hope everyone is still staying safe & healthy. I also hope you are out there CREATING! I know I sure am. That’s why for this month’s blog I wanted to write about the best home recording microphones out there! Ones that DON’T break the bank, and some that do if you’ve got the cash! Either way, I’m really excited to write this month’s blog because this is something I am looking into myself right now with all the home recording I’ve been doing as of late. So…here we go! 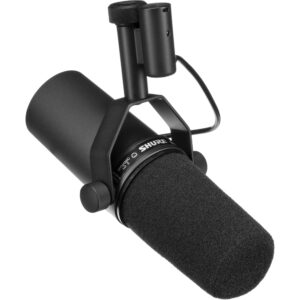 Some science behind this microphone. It is a dynamic mic. You are going to have to do a little eq-ing on the mixing side of things to get your vocals exactly where you want them, but with that being said- the raw audio this guy captures isn’t bad at all. Plus it’s only $399.99, so on the less expensive side of the microphone spectrum. 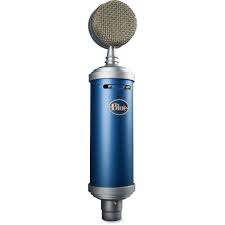 I have heard so many good things about this microphone from friends who do a lot of at-home recording. It is indeed a condenser mic, so you can expect to get some sweet top off the bat from this one. This mic has a hi-pass filter, and a 20- dB pad to help you capture the perfect tone going INTO the box. The price of this microphone is only $299.99, and they have other models that cost even less. This is just their fan favorite.

Fun Fact: Blue Microphones has an interchangeable cap series which is exactly what it sounds like. You can change the cap of the same base on a microphone giving you multiple options of sound to choose from. I’ve worked at a studio that demoed this exact cap series, and I was pleasantly surprised when some of the caps really did a pretty good job of replicating the more high-end microphones we all aspire to own one day. 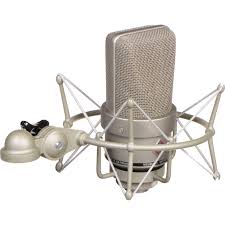 The next microphone is a large jump in price, and most of you might already be familiar, but it is a fantastic, versatile microphone that is great to have if you have the money! The Neumann TLM103. Some may say… this is an obvious choice, but I love this microphone. Like the Sm7b, I can use it on just about anything, but the range of which I can use it on is even wider because it is a large-diaphragm condenser microphone. I can use it on overheads (if I have a pair), vocals, guitars, room mics, etc. The microphone is derived from the class Neumann U 87. There are no pads or hi-pass filters on this microphone, but that’s because the capsule itself is immaculate. This microphone rings in at about $1,100.00 (which isn’t too bad if that’s in your price range especially for a Neumann).

Thanks again SoundGirls! I hope you enjoyed this blog. If you have microphone recommendations, PLEASE reach out and let me know of them! My email is virginiahaladyna@gmail.com